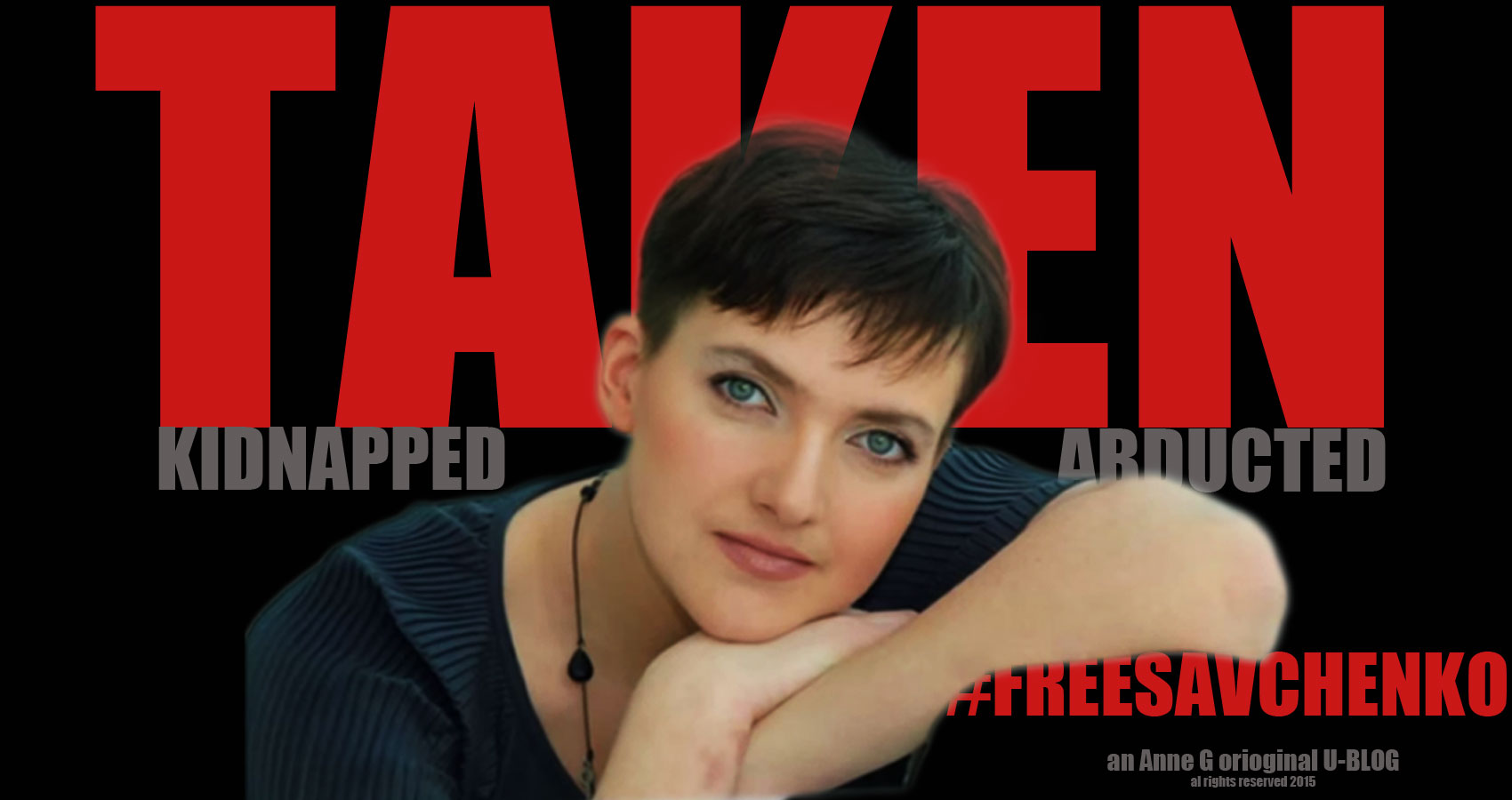 commentary by An Anne G

A lieutenant in the Ukrainian army and the first woman combat pilot in her country.

In November, 2014, Lieutenant Savchenko was taken, abducted, kidnapped, by Pro-Russian rebels from Ukraine, smuggled and illegally transported over the border into Russia, where she remains imprisoned ever since.

Nadia, as she is known throughout the world, was first charged with “complicity” in the death of two Russian journalists, who were covering the invasion of Ukraine by Russian backed rebels, and it’s ensuing war. Shortly after she was charged with their deaths directly. In recent days the charges have been upgraded. Russian prosecutors now say they have completed their investigation against Nadia regarding the murder of the two journalists. The proceedings are scheduled to begin in court as early as August.

Frankly speaking, the chances of her being acquitted and released seem bleak. Nadia maintains her innocence stating time and time again that she was not involved in the incident that took the lives of said journalists. Further more she states that the men who abducted her were two Russian Intelligence Officers. The timeline of events corroborate her statements. It appears the two men got caught in the cross hairs of this ongoing war and sadly, became victims of their very profession. Suspicions indicate these are “trumped up charges” and Ms. Savchenko is a scapegoat of Putin’s illegal invasion of Ukraine. In truth, what Putin has accomplished is  making Nadia the Poster Child for the Ukrainian cause before the eyes of the world.

A word of caution to Putin:

Veer course before it is too late. Release Nadezhda (Nadia) Savchenko!

Take care that harm does not befall her for she is certain to become a martyr of your reprehensible act and the spearhead of your downfall and of those who have knowingly played a dark hand is this dastardly plan. In the end, it is Russia and her innocent people who will pay the exacting price of your aggression.

Vladimir Putin is from a world that no longer exists. A KGB oligarch who is out of touch with the world we live in and is delusional in thinking he can retake real estate that once composed the Satellites of the Soviet Union. This will not be tolerated by the world at large because

believe in the sovereignty of these Nations and their right to exist.

To all who are unaware, in a fog, or asleep; beware, clear your eyes and wake up! Their is a tyrant in our midst. He is dangerous and power hungry, and Vladimir Putin is his name.