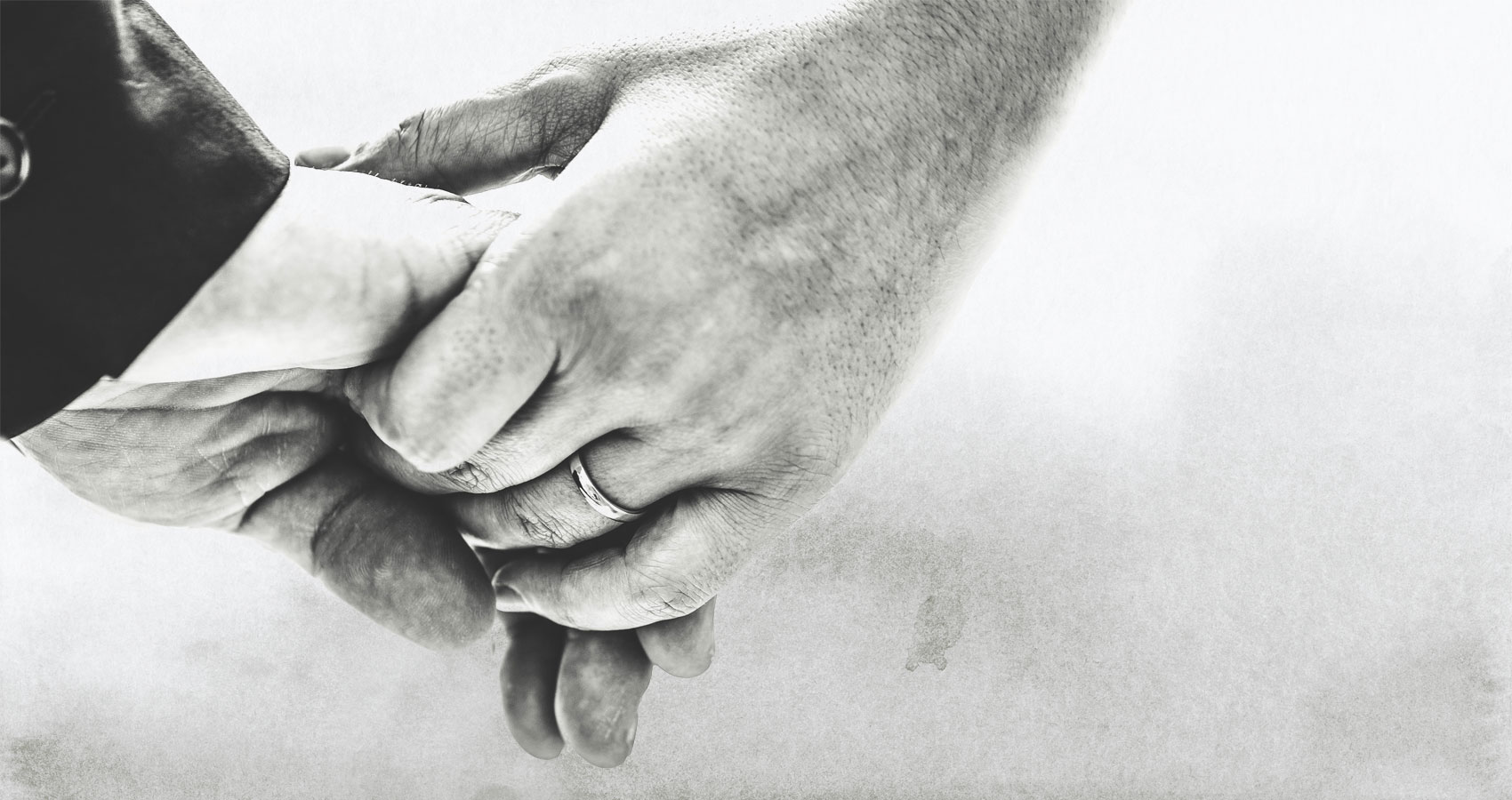 Grace had seen the future in her mother and was having none of it. Parchment skin that bruised at the slightest touch. The lingering smell of incontinence in the corridors of the nursing home, despite all attempts to mask it. Immigrant staff who did their best to be kind when feeding mush into one end and wiping it up at the other. Through it all, her mother sitting, vacant but seemingly anxious and recognising no-one, including Grace. So Grace stopped visiting and looked at family photographs instead, so that she could remember who her mother was.
She continued to teach at high school out of force of habit. Dedication and idealism had long left the building. Until the day Bruce came home early and found her sitting on the back verandah with a half empty bottle of red for company. She found Bruce’s prescience about her moods both annoying and comforting.
‘Pupil-free day?’
‘Pupil-free life.’
Bruce fetched a glass, re-joined her and waited.
‘I gave my screenagers a general knowledge test this morning. I wept through most of lunchtime and then retired.’
So began her ‘new’ life. Except it wasn’t. Picking away at the edges of painting, re-reading her favourite novels, digging out her recipe books and experimenting. Soon she realised there was no going back.
In the mirror each morning, she began to see more and more of her mother. Not just the crows’ feet and the beginnings of chicken neck but the vacancy. The life she had loved when she was another person was not reflected anymore.
No going back to knowing she was drop-dead gorgeous when she wanted to be. No going back to being endlessly curious, scathingly witty, travel-obsessed, and in her element entertaining people she found interesting, with Bruce ultimately proving the most interesting of all. No going back to raising Jane and Simon, now voices down the line from far-flung cities. And no going back to the fantasy of finding at least a handful of students who would escape the suburban mire.
So she decided it was time to go. Mere existence held no appeal. She and Bruce had discussed ‘the end’ many times and despaired at society’s obsession with longevity. As they sat drinking coffee outside cafes, they watched ancients on walking frames grimly shuffling their way to the chemist for more of whatever was keeping them alive.
They got the ‘fear of the unknown’ thing but could never really understand why more people just didn’t say ‘Damn this for a joke.’ Except you couldn’t. Guns not handy these days, razor blades messy for whoever found you, chemists making sure you couldn’t stockpile your potions, and just as likely to fall off the chair and break your leg before you could manage to hang yourself. And of course the nanny state forbade such crimes against humanity unless doctors said your case was hopeless and you’d already been in agony long enough to deserve an early minute.
So they’d agreed. Whoever decided first that they had had enough would help the other one. And the Devil take the hindmost became their wry catchcry.

‘Grace’, Bruce said, as they sat, in their re-cycled ancient armchairs on the back verandah, watching dusk descend upon on ‘The Farm’, aka the backyard patch they had laboured long and hard to rescue from suburban desertification.
Knowing she was listening, he continued, ‘When did you first decide that you loved me?’, he said.
She paused in her thoughts about the soursobs and how she should have nuked them, rather than having to keep pulling them out.
Eventually she said, ‘When you told me how much you regretted buying the cow.’
Not long after they first met, he told her that one Christmas, in a fit of idealism and youthful sanctimony, he’d decided to buy all of his family a sponsored animal in Africa. You know the sort of thing. A card reading ‘Congratulations, you just bought two goats for an impoverished family in Kenya.’
Everyone else seemed pleased with their non-gift (or at least said they were), but as his mother opened hers, she could not conceal her disappointment in having bought a cow. Written on her face was a look of unforgivable betrayal of the annual present-giving ritual.
Every year thereafter, when he handed her his Christmas gift, that look would return to her face and she would glance at the card attached as if it were a live hand grenade and say ‘Thank you, I’ll open it later. I must see to lunch.’
Grace and Bruce re-lived the scene in their minds, silently, and then returned to the present.
‘The tomatoes are just about finished’, he said, starting their checklist. ‘The birds can have what’s left.’
‘I’ve taken the screen off the top of the fish-pond’, she said. ‘The bin-chickens can have a banquet.”
‘Old Charles at No. 7 will take the chickens’, he said.
‘Has Arfer gone to sleep now?’, she asked. He reached down into Arfer’s basket and there was no rise and fall from his belly. He nodded in his wife’s direction. They knew he’d pine once she was gone.
‘I’m ready’, she said. ‘Do you have everything organised for the continuing adventures of Bruce.’
‘Yes.’
Grace looked at her drink.
‘Are you sure there’s enough? I want to go now. No mistakes.’
He recalled bringing back the pentobarbital from his last business trip to the States and the frisson of feeling like an international drug smuggler.
Bruce nodded so she raised her shot glass and swallowed.
‘Before I go,’ she said, ‘when did you decide that you loved me?’
‘When I told you about the cow and my mother and you said, ‘Perhaps you could have given her a flute. It would have matched her pursed lips nicely.’’
Mirth played on their ageing faces as the sun set over The Farm, and over their journey together, for the last time. Bruce waited, to be sure, and then slipped out the back gate that he’d used when he came home that day.

In the interview room, Thomas leaned back in his chair and said wearily. “For the benefit of the tape, Mr. Goodman has waived his right to have a lawyer present. Why’d you do it, Bruce? Was she having it off with someone else? That would set me off. Wouldn’t it set you off, Detective Sergeant Willis?’
‘It would indeed.’ Willis responded.
Silence.
‘There’s a pen and paper in front of you, Bruce, if there’s anything you’d like to say’ Thomas offered.
Silence.
‘I suppose you want to know how we know it was murder. Don’t you, Bruce?’
Silence.
‘You see, we were never convinced it was suicide. No terminal illness. No history of depression. So we started looking at your business trips before you retired. And we tracked down your source in San Francisco. So, you can keep calling it suicide, Bruce, and claiming you don’t know where she got the drug if you like. But we’re going to call it murder.’
Silence.
‘We know you can talk’, Thomas said. ‘The locals might be a bit gullible but not us. In my experience, it’s better in the long run to just get it off your chest. Because of your age, you’ll do time in an open prison and you’ll be out in five years. What do you say?’
Silence.
‘Alright, tell us again what happened.’
Bruce wrote ‘It’s all in my original statement.’
‘Did you attempt to revive her?’
Bruce pointed to what he’d written only a moment ago. He wrote nothing else. He knew they were bluffing; they had no information on his source. He’d found a way to get the drug she needed and he’d found a plausible reason not to be around when she took it. Thomas and Willis were on a mission to make someone pay for having the temerity to end their days as they chose. With Grace dead, Bruce was the logical scapegoat but they needed a confession.

Later that night, Bruce was released on bail. As he was leaving the Police station, Thomas snarled ‘I know you did it, Bruce, and I’m not letting this go. So stick that up your silence.’
After that, Bruce no longer appeared at the letterbox. Julie knew why. That two-pot screamer of a local copper put the accusation round at the pub.
When the smell from old Mrs. Carmody’s cottage became unmistakable, Julie finished her round and rode to the Police station to tell them.
As she left, she looked the Sergeant in the eye and said, ‘Happy now?’

This piece features an assisted suicide, a difficult and sensitive subject for many people, especially when the person assisted doesn’t have a terminal condition or significant life impairment. It challenges us to think about end of life issues and the attitude of society and the law to this deeply personal matter.