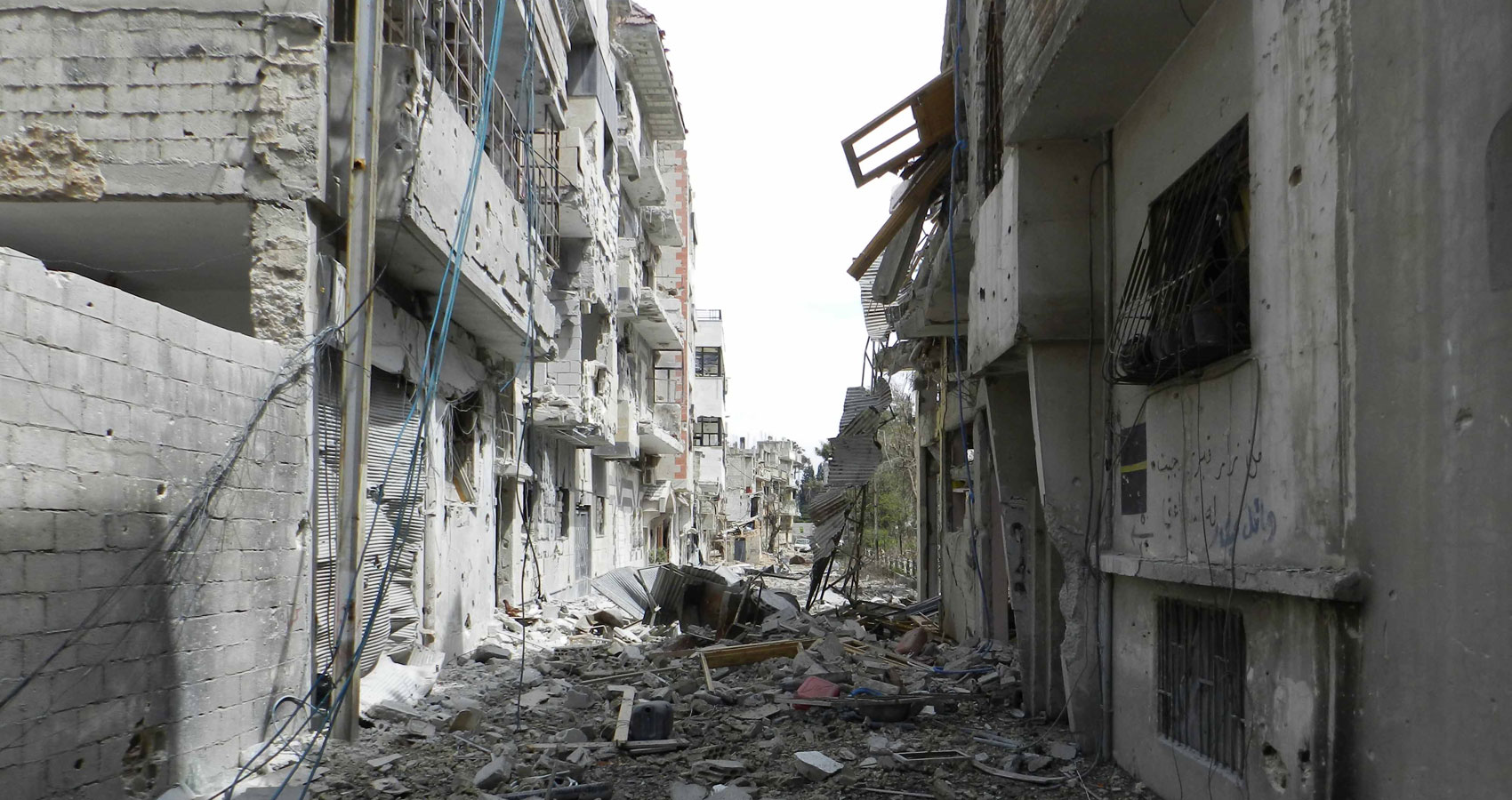 The Burden of War

The Burden of War

Iman looked out the window as her mother prepared the family’s dinner. Most of the buildings which surrounded her were rubble or partially standing. The people outside walked cautiously, waiting for the next car bomb to explode, the next bomb to drop on them. The people outside were stumbling, thin and skeletal, and waited for the days where a ceasefire would take place, allowing the humanitarian groups to bring in food and medical supplies.

Nabil, Iman’s older brother, turned on the radio to the BBC news, one of the radio stations they enjoyed listening to so they could become part of the world outside.

“And in the news today, the newly elected President Donald Trump of the United States has signed an executive order banning refugees from seven Muslim countries; Syria, Sudan, Jordan …”

Iman’s mother’s head snapped toward the sound of the radio as the broadcaster delivered the day’s news.

“Many groups are already criticizing Trump’s decision to ban refugees fleeing ISIS. Jewish organizations are ostracizing this action as today is International Holocaust Memorial Day. Some are reminded of the controversy of when the United States denied entry to countless Jewish refugees traveling on the St. Louis in 1939, thereby sending most of the passengers to their deaths. In other news….”

Iman’s mother sighed and shook her head as she returned her attention to making dinner.

“This is outrageous,” Nabil exclaimed. “I thought America was supposed to be accepting of people in need like us.”

“It is true,” Iman’s mother said. “We have suffered enough. People who have left the country for Europe have sacrificed so much just to be safe, and now they will not be accepted into the most welcoming country in t-“

The sound of planes flying overhead stopped Iman’s mother in mid-sentence as they scrambled for the door. The family ran down the steps as fast of they could, trying to reach the bottom floor before the bombs started to hit. The whistling grew louder and louder, and Iman was thrown to the ground from the force of an explosion. She heard screams and shouts as more bombs started to fall around her. Iman cowered in a corner, hands over her head, and tried to think of happier times where there was never a war. She started to shake violently as her body reacted to the chaos of the bombing.

At last, the bombing stopped and Iman cautiously stood up, looking around her. She could see the sky through the top of what used to be her home.

She heard a voice, masculine, which called from a few feet away. Iman ran toward the voice and started to dig through the rubble. A hand reached up and she grasped it, pulling as hard as she could. They were both crying, Nabil explaining he saw a piece of cement crush their mother.

They emerged from the rubble, holding each other for support. Iman looked around her. Some buildings were aflame, others blackened by bombs. She was depressed by what she saw. Syria was no longer welcoming to her anymore, and neither was America. Her name Iman meant “faith” and she knew now more than ever it was important to follow her name’s message and promise. With Nabil following behind her, she walked away, not looking back at what she was leaving behind.

Hope Jones is a sophomore at Bryn Mawr College. She is majoring in History and minoring in Jewish Studies. With the Holocaust testimonials she collects, she hopes to publish her own book so people will never forget this horrific tragedy. Hope has been published multiple times by the online magazine, Germ Magazine.