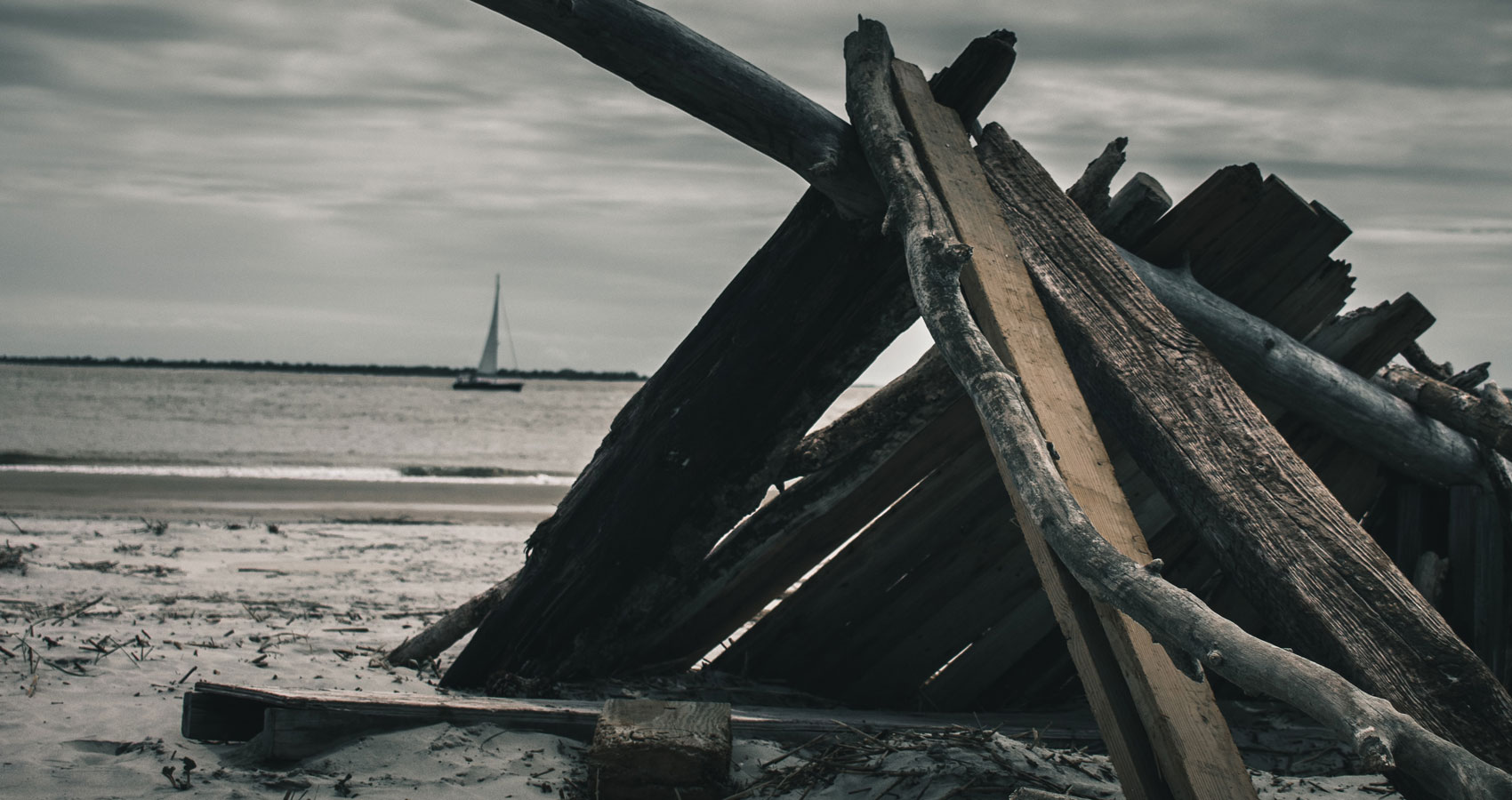 a poem by William Cowper

Obscurest night involved the sky,
The Atlantic billows roared,
When such a destined wretch as I,
Washed headlong from on board,
Of friends, of hope, of all bereft,
His floating home for ever left.

No braver chief could Albion boast
Than he with whom he went,
Nor ever ship left Albion’s coast,
With warmer wishes sent.
He loved them both, but both in vain,
Nor him beheld, nor her again.

Not long beneath the whelming brine,
Expert to swim, he lay;
Nor soon he felt his strength decline,
Or courage die away;
But waged with death a lasting strife,
Supported by despair of life.

He shouted: nor his friends had failed
To check the vessel’s course,
But so the furious blast prevailed,
That, pitiless perforce,
They left their outcast mate behind,
And scudded still before the wind.

Some succour yet they could afford;
And, such as storms allow,
The cask, the coop, the floated cord,
Delayed not to bestow.
But he (they knew) nor ship, nor shore,
Whate’er they gave, should visit more.

Nor, cruel as it seemed, could he
Their haste himself condemn,
Aware that flight, in such a sea,
Alone could rescue them;
Yet bitter felt it still to die
Deserted, and his friends so nigh.

He long survives, who lives an hour
In ocean, self-upheld;
And so long he, with unspent power,
His destiny repelled;
And ever, as the minutes flew,
Entreated help, or cried – Adieu!

At length, his transient respite past,
His comrades, who before
Had heard his voice in every blast,
Could catch the sound no more.
For then, by toil subdued, he drank
The stifling wave, and then he sank.

No poet wept him: but the page
Of narrative sincere,
That tells his name, his worth, his age,
Is wet with Anson’s tear.
And tears by bards or heroes shed
Alike immortalize the dead.

I therefore purpose not, or dream,
Descanting on his fate,
To give the melancholy theme
A more enduring date:
But misery still delights to trace
Its semblance in another’s case.

No voice divine the storm allayed,
No light propitious shone;
When, snatched from all effectual aid,
We perished, each alone:
But I beneath a rougher sea,
And whelmed in deeper gulfs than he.