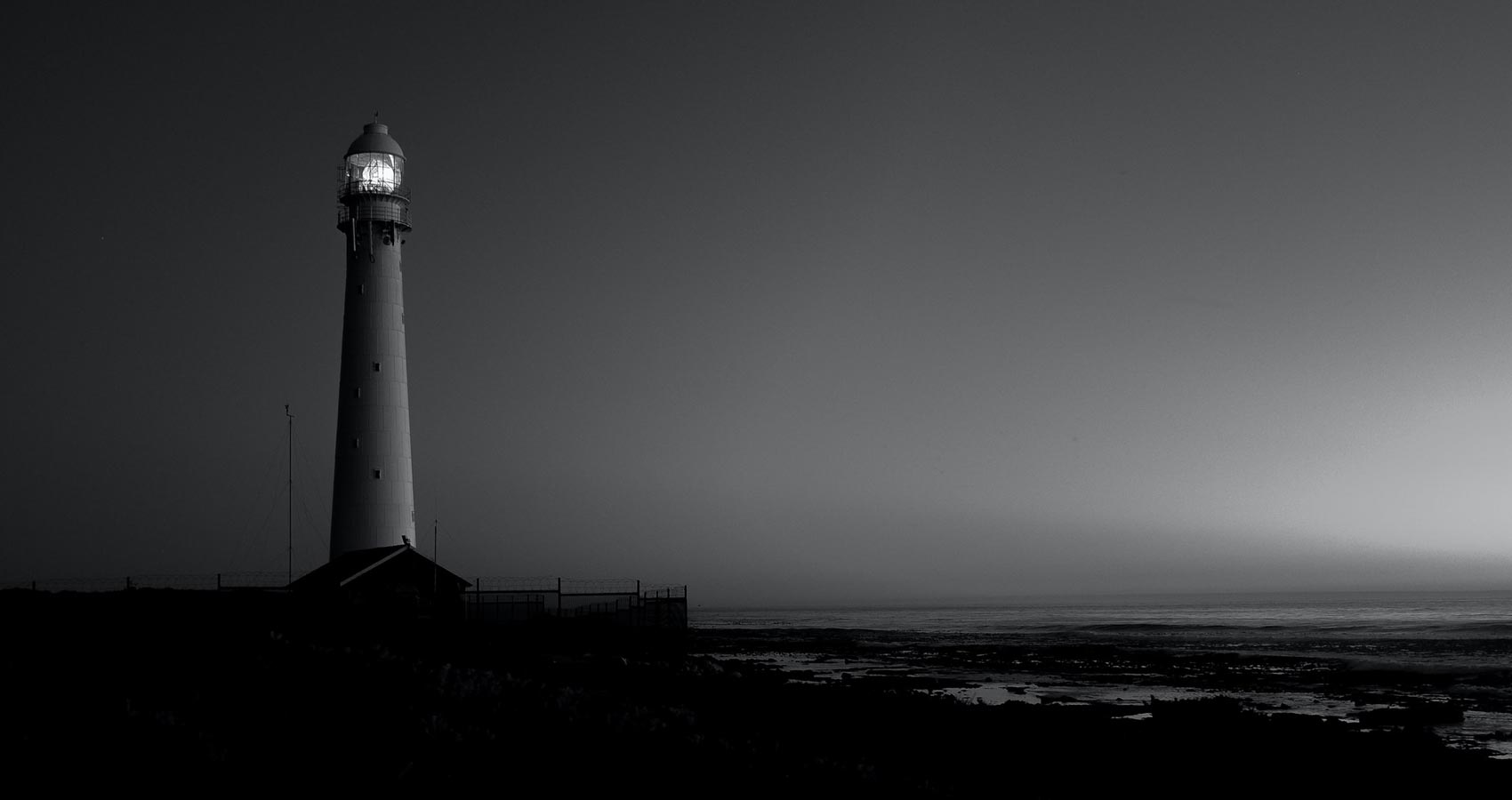 written by: The Birch Twins

“Probably a tramp, love,” said Aunt Annie as she hunted for her car keys on the dresser, “Tom, have you seen my keys?”
“On the hook in the kitchen,” came Tom’s voice, “there’s all kinds of rogues on the beach there. They come down from London.”
I’d told them of the old man on the beach as soon as I’d got back for lunch. I knew it hadn’t been a tramp. I’d seen the look they exchanged when I told them of his mariner’s hat and his pipe and so, despite the beginnings of rain, Aunt Annie and I were off in the car to the small village, to meet Mrs Nettle in the shop. Aunt Annie seemed to drive faster than my father’s careful slow, plodding pace, and we were soon speeding along the lanes, past tumble down houses and startled sheep at the side of the road. After about ten minutes, we pulled onto some grass in a small village square.
“Here we are then,” said Aunt Annie getting out of the car, “get the bag, love. Oh hello Vicar.”
I got the bag, and nodded to the elderly man all dressed in black who was stood with Aunt Annie.
“Who’s this?” he said, regarding me without a smile on his face.
“This is Tom’s sister’s lad, from Manchester. Here for the summer, to spend time by the sea and play on the beach.”
“Better have him be careful on that beach,” he said turning to Annie, “there’s danger down there for foolish boys.”
Aunt Annie nodded, and bade him farewell as we walked towards a small green shack.
“Edwin Nettle and sons,” the sign read, “finest grocers.”
“Edwin died about fifteen years ago,” explained Aunt Annie, “Mrs. Nettle found him dead behind the counter. She’d been to her sister in Whitby for a fortnight and he was there, rotting away in the chair behind the counter. Maggots had been in the cereal, and had half eaten him before she found him.”
I shuddered as we went inside.
“Hello Annie love,” came a voice from behind a shelf, “I’ve got the bread in. He came late today again.”
“I’ll have an extra one then, Daphne. Lucy’s lad is with us for the summer.”
“Is he,” said the voice as a face popped up from behind the shelf, let’s have a look…oh there he is. My, he’s handsome, isn’t he?”
I stuck my hands in my pockets and smiled.
“What do you like,” she said, “there isn’t much here for a young man like you.”
“I like football,” I replied, “I want to play for Manchester City when I grow up.”
“Ooh, Edwin’s brother used to play football. I can’t remember who it was. Swindon Town I think. It was before the war of course. He never came home from France.”
“I’ll have four of these muffins,” said Aunt Annie, “what on earth have you got there, Daphne?”
“I found this old photo album from when we were all young. Remember when we used to have those dances in the hall?”
“I remember those. Shame it burned down.”
“Take a look. Here, lad, come and have a look at your Aunt Annie before her hair was grey.”
Aunt Annie laughed and we looked. There she was, young and attractive, with my Uncle Tom, young and all dressed up for a dance. My mother was at his others side. I blinked furiously as I saw her face, young and beautiful instead of pale and ill as I remembered her.

The storm had subsided. I stared at the gravestone for a long time. Aunt Annie was busy arranging flowers in the pots along the length of the grave.
“My mum never could stand dead flowers,” she said removing some of the blooms and placing them in a pile, “she said they had a smell. I swear she would haunt me if she saw this.”
I looked at the stone again.
Theresa Margaret Halloran, it said. Wife of Herbert, mother of Charles, William and Annie. Died August 14th 1965. Also Herbert Halloran who lies at rest here. Beloved husband and father. Died June 4th, 1953.
“Your uncle Billy wants to be buried in here,” she said to nobody in particular as she sorted the flower pots, “and I’ll be in here too someday no doubt.”
“Uncle Charlie is out to sea?” I asked quietly.
Aunt Annie stopped and dropped the flowers for a second.
“Yes love,” she said shaken, “yes he is. He was a seaman on board the Lancastria. I remember waving him off.”
“The dead weep to be reunited with the living,” I heard a voice say behind me, “an ocean of tears washing over them.”
I turned around suddenly. A few paces away, a figure dressed in a long black coat was walking away, an odd aimless walk, stumbling as he went.
“Who’s that, Aunt Annie?”
“Just a minute love,” she said arranging the flowers into a pile and standing, “I’m not as young as I once was. I don’t know, love. It’s a cemetery. People visit the dead. Have you been to visit your mum since…?”
I shook my head.
“You should do,” she said, getting up with an armful of dead blooms, “she’d want you to.”
But I couldn’t. I knew I couldn’t. No more than I could force my body to creep around that bedroom door that day to see her as she lay there dying.
“Don’t be frightened. Come to mum.”
“I’m just going to the bins with these, love,” she said.
I’d stopped listening. I was wandering away to where the figure in the black coat had been stood. A smaller grave. An almost insignificant, much tinier and mostly uncared for piece of earth than the Halloran family plot.
I stared at the small headstone, and could instantly smell the sea upon it. Crab, whelk, herring, the smell of decaying rotting fish filling the air.
‘Helen Greaves,’ it said simply. ‘Beloved.’
That had been enough for him. No fancy inscriptions, or words had been needed for the lighthouse keeper. The one word had been enough, and conveyed the power of his feelings more than any poem or engraving.
More words were written under it.
Also Richard Greaves. Passed from this earth 14th June 1971. Reunited with his twin in the kingdom of heaven.
I knelt at the grave of the lighthouse keeper, and placed one of the flowers that Aunt Annie had dropped onto it.
“Say hello to my mum,” I said to nobody.
“The dead weep to be reunited with the living,” said a voice behind me, “your mother weeps to embrace you.”
I turned around to face the figure of the lighthouse keeper looming over me, the grey beard wild and the eyes red and swollen, mariners hat set firmly upon his head.
I fell back upon his grave, and he looked down at the name of Helen Greaves written there.
“I must go to her,” he said staring at me wildly, “one soul has been torn in two. She calls to me. Can you not feel her?”
I felt the wave of grief wash over me. I felt the small hands of children, forever clasped suddenly tear apart and the pain of the separation threatened to overpower me. I sensed the laughter of siblings suddenly turn to pain as one forever sought the other one, lost. I felt the nothingness of the sea, the long empty blackness of a desire for one that can never be found, a fading memory from long ago lost among the weeds. And among all that, as I sat there with his foul breath upon me, I saw the room. The bedroom.
“Don’t be frightened. Come to mum.”
And then I felt the loneliness. The longing for once lost among black emptiness. Forever gone. I would search for her for all time, to peek around that door, to see her pale and ashen dying face, but it was something that I could never see .
“To look forever,” rasped the Lighthouse keeper, “for one that is gone into the blackness. To never say goodbye. A final embrace. Why would you waste such a chance?”
I stared into his red swollen eyes, his face inches from mine. I smelled the rotting fish, the herring, the tuna. Aunt Annie. Suddenly wanting Aunt Annie, and leapt to my feet and pushed the lighthouse keeper out of the way.
“Aunt Annie,” I yelled tearing across the cemetery,” Aunt Annie.”
I ran around the side of the small church, and bumped straight into her.
“What on earth are you…” she said.
“I…I wondered where you were,” I said, “that man came back.”
“What man,” she said following me, “I told you, it’s just a visitor. Did he say something to you?”
We went around the corner, but he had gone.

Andrew began writing to honor the memory of his twin sister, Helen. Today, all writing and art he produces appears under the Birch Twins name. Growing up in the North West of England, Andrew was unable to find a long term fulfilling career, and worked jobs as varied as rent collector, truck driver, shoe salesman and teacher before finally finding his calling as a commissioned artist. With a college degree in computing, Andrew started writing short stories in class at university to alleviate his boredom with the real world. After producing a series of fantasy based short story adventures, Andrew wrote and independently published a crime fiction novel. He has written comedy stories, produced single page comic strips, as well as ghost stories and romantic and science fiction. During 2016, and inspired by his sister, he wrote and independently published a second novel, before returning to short flash pieces, short stories and comic strips. With influences ranging from Alan Moore, William Marston, William King and Raymond Carver, Andrew continues to produce character driven fiction of all genres in short prose and longer fiction.

Latest posts by The Birch Twins (see all)