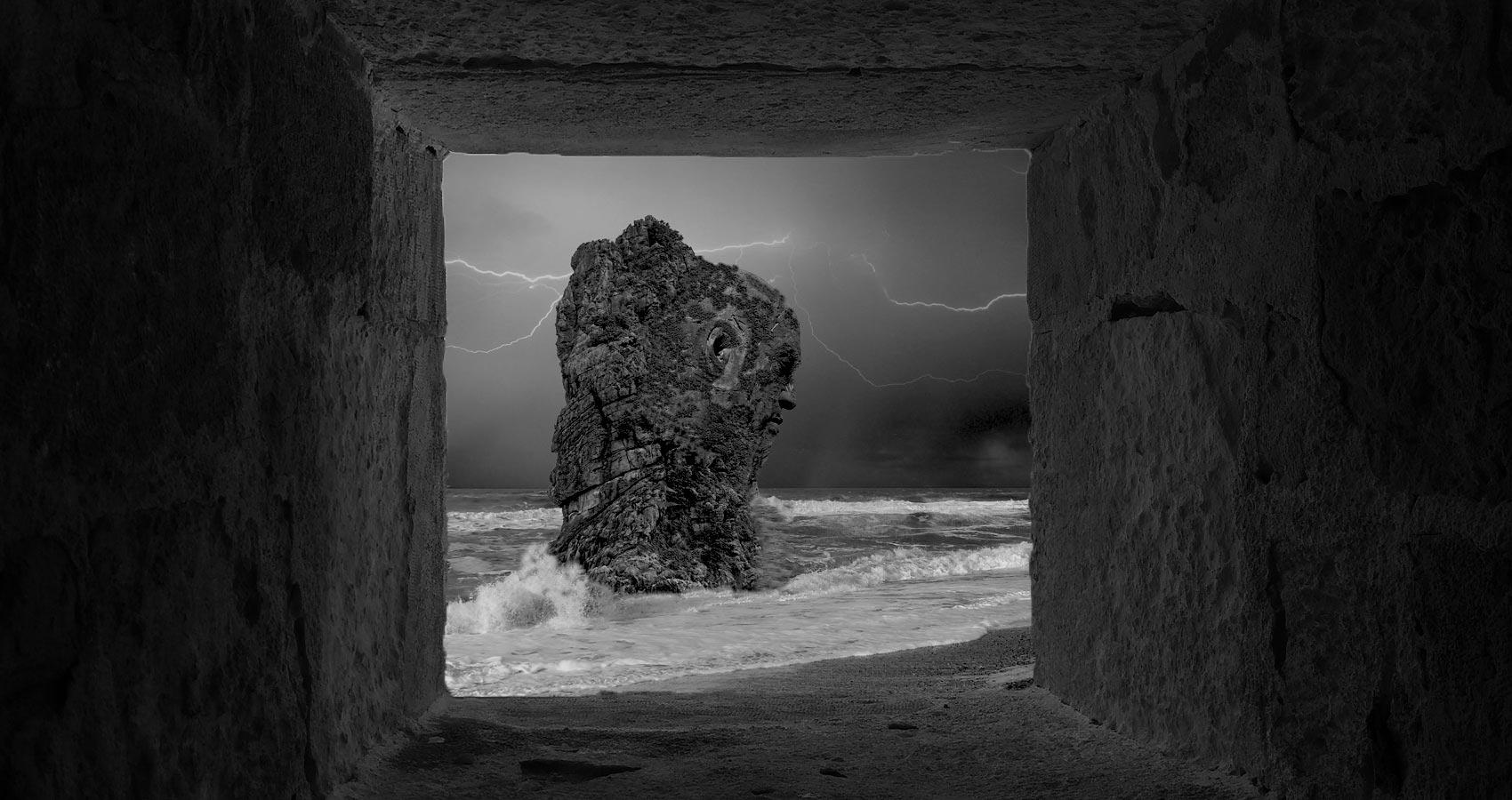 Today heralds the beginning of an era
Not of interest to meaningless minds
Regardless, the story must be told.
Of rain, sea, wind, and rock
Nature’s elements gone wild
A blessing or a curse to observe
Their might and mystery?
And yet, only gratitude, that I’m alive!
But there’s more…
A magnetism
An attraction within to the storm without
Shall I embrace thee?
Stripped to my bare skin
Drenched to the bone
Shall I walk into thine storm’s eye?
Then stand still, very still
Slam dunk in the middle
Just feel and be
Accept chaos without to get to peace within
Shall we merge tonight, my love?
Nature and I, conjugal rite
A divine oneness, a solo journey
Of darkness unto light
My soul’s union
Of communion.
And that said, esoterica from an insomniac’s dream must come to an end
Like the wavefront comes to an end at the shore,
No matter how calm or agitated ocean or land may appear.
Where does the boundary of self end and stars begin? Shams asked.
In communion, the answer.
And salvation.

NOTE FROM THE AUTHOR:
‘Insomniac’s Dream’ has two protagonists, Shams and Narcissus, depicted along the actual (and revered) Shams of Tabriz and Jelaluddin Rumi. The latter’s poetry and the former’s extensive wandering, both seeking life’s meaning or purpose and perhaps finding mystical companionship, as a result, has been a great source of intrigue for many over hundreds of years. The Shams and Narcissus dynamic alluded to in the poem, is also reminiscent of God and Man…conversations between Shams and Narcissus (or between God and Man) have been depicted in verse. Part six specifically is about Narcissus’ solo trip to the seaside. Shams is no longer around and Narcissus realizes that communion is inner union with the divine.