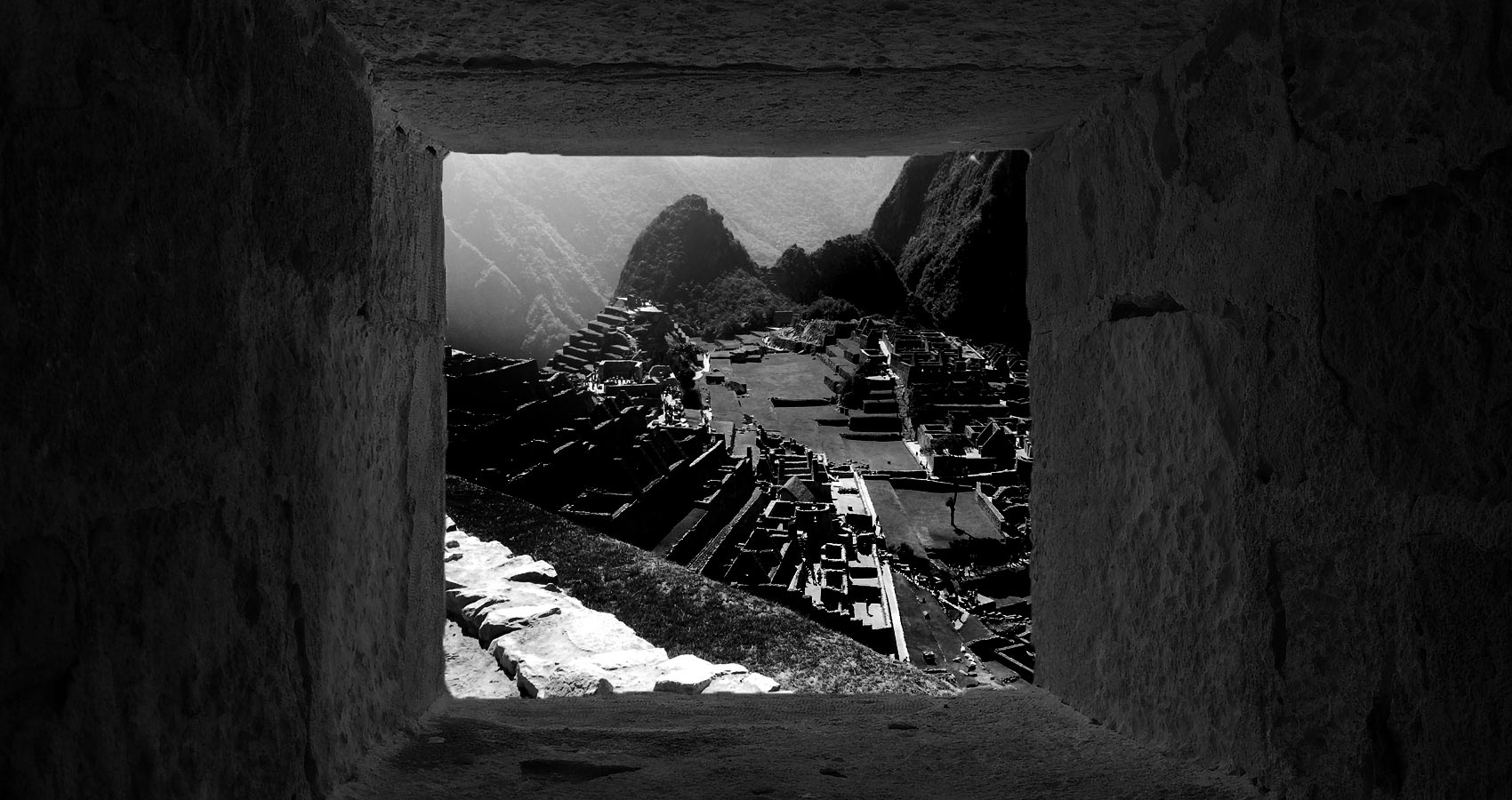 Today heralds the beginning of an era
Not of interest to meaningless minds
Regardless, the story must be told.
Of an apparent merger of Yin and Yang
In reality, the triumph of a trichotomy
or perhaps a triumvirate?
Since there was a He – the babysitter; a She – the divine feminine; and a Me – the Child
Three companions on the trip of a lifetime
whither thoughts were elicited, meaning sought, and purpose created, if not found.

Let’s start at the beginning.
But what was that? Or when?
Was the origin the bright colors that tasted sweet?
Or the vibration of chrysanthemums –
a mere conversation with chlorophyll
Or the music reverberating, drumming, thrumming…smelling of nostalgia

Or the table cover’s patchwork of whorls
That pulled you in when you felt the threads
Drowning, then surfacing and breathing again, once called out
Making love through head and hair
And fingers reaching for one’s organic and inorganic anchors
Or the appearance of dry figs and nuts
sitting atop the rugged board, a smooth sounding cliffhanger

[Lost in an acid maze of black rose petals swirling on a rectangular box
With time suspended, space transcended
Past-present-future but a mindful moment]

As I lay overwhelmed by this journey
The fan on the ceiling had its story to tell
Of fuzzy edges with purple hues
While down and down the rabbit hole I went
Amidst voices from elsewhere
Generating nightmares of self-doubt
A raging tempest of turmoil, within and without

But then came the babysitter
To rescue and redeem (per the script)
And out we went to meet the dawn’s fog
Together we sat again
In an animated multi-dimensional world
Of talking trees, chuckling daffodils, and laughing birds

And now, like all esoterica, an insomniac’s dream comes to an end.
Like the wavefront comes to an end at the shore,
No matter how calm or agitated ocean or land may appear.
“Where does boundary of self end and stars begin?” Shams had asked.
In Alice’s Wonderland, the answer.
And salvation.

NOTE FROM THE AUTHOR:
‘Insomniac’s Dream’ has two protagonists, Shams and Narcissus, depicted along the actual (and revered) Shams of Tabriz and Jelaluddin Rumi. The latter’s poetry and the former’s extensive wandering, both seeking life’s meaning or purpose and perhaps finding mystical companionship, as a result, has been a great source of intrigue for many over hundreds of years. The Shams and Narcissus dynamic alluded to in the poem is also reminiscent of God and Man…conversations between Shams and Narcissus (or between God and Man) have been depicted in verse. In part 7, Insomniac’s Dream continues after a few years of the assumption that it had ended. In Wonderland, inspiration struck Narcissus amidst a newfound friendship. Since three individuals are ‘colliding’ in Wonderland, it’s a trichotomy (categorized into three) or a triumvirate (three important people). Wonderland describes a trip of a lifetime: with the good, the bad, and the ugly being highlighted in equal measure. In Wonderland, the boundary between abstract and real is blurry.