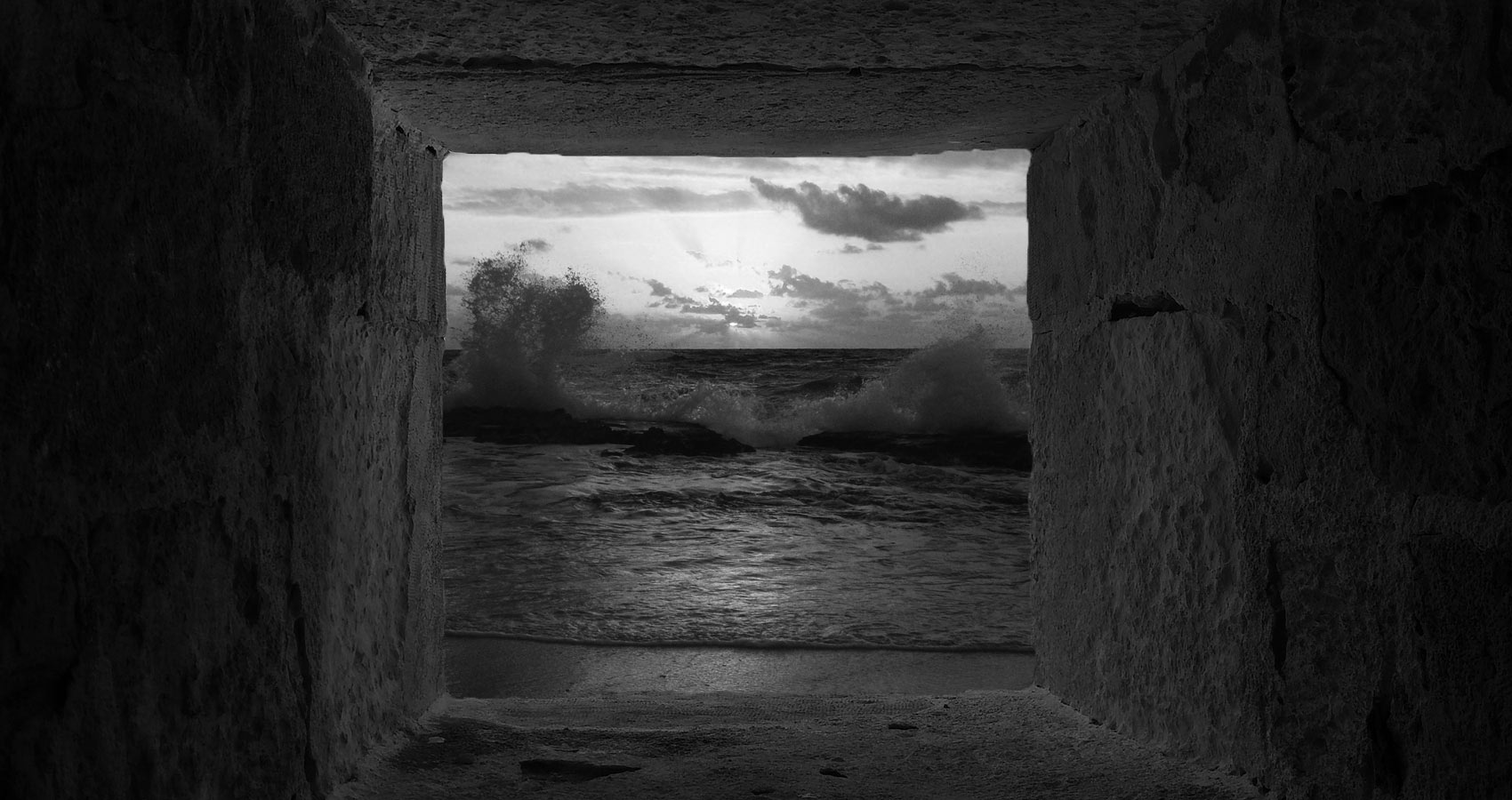 Today heralds the beginning of an era
Not of interest to meaningless minds
Regardless, this story must be told.
On the anniversary of death
One year later,
Back from his journeys – inner-outer.
“You are no different!” says Shams
The one – teacher, friend, lover
Assumptions?
Narcissus’ Shams – sun, mirror, lover
And in that love’s reflection
With many layers shed
Love
One year before,
On the eve of death
Girl on the second floor
Who was she to Narcissus?
To Shams everything
And yet he wishes to turn back time
To eliminate the darkness by the sea?
Have you really not fathomed those indecipherable tattoos?
That can be seen but not felt; if felt then not heard.
And yet palpable to the eye and ear
In the darkness by the sea.
Pain
Of continued separation.
But what’s done is done
And what’s done cannot be undone.
One year was all it took
For one to become one
And in that one year, perhaps…
This esoterica from an insomniac’s dream must come to an end
Like the wavefront comes to an end at the shore,
No matter how calm or agitated ocean or land may appear.
Where does the boundary of self end and stars begin? Shams asked.
One year later, the answer.
And salvation.

NOTE FROM THE AUTHOR:
‘Insomniac’s Dream’ has two protagonists, Shams and Narcissus, depicted along the actual (and revered) Shams of Tabriz and Jelaluddin Rumi. The latter’s poetry and the former’s extensive wandering, both seeking life’s meaning or purpose and perhaps finding mystical companionship, as a result, has been a great source of intrigue for many over hundreds of years. The Shams and Narcissus dynamic alluded to in the poem, is also reminiscent of God and Man…conversations between Shams and Narcissus (or between God and Man) have been depicted in verse. In part 5 specifically, ‘one year later’ is relative to part one ‘darkness by the sea’; separation of Narcissus from perceived companion Shams. Although momentarily reunited, there’s an impasse (hence ‘perceived’ companions). Ending with the Writer’s need to terminate an insomniac’s dream because of inconsistency or incoherence between the protagonists.