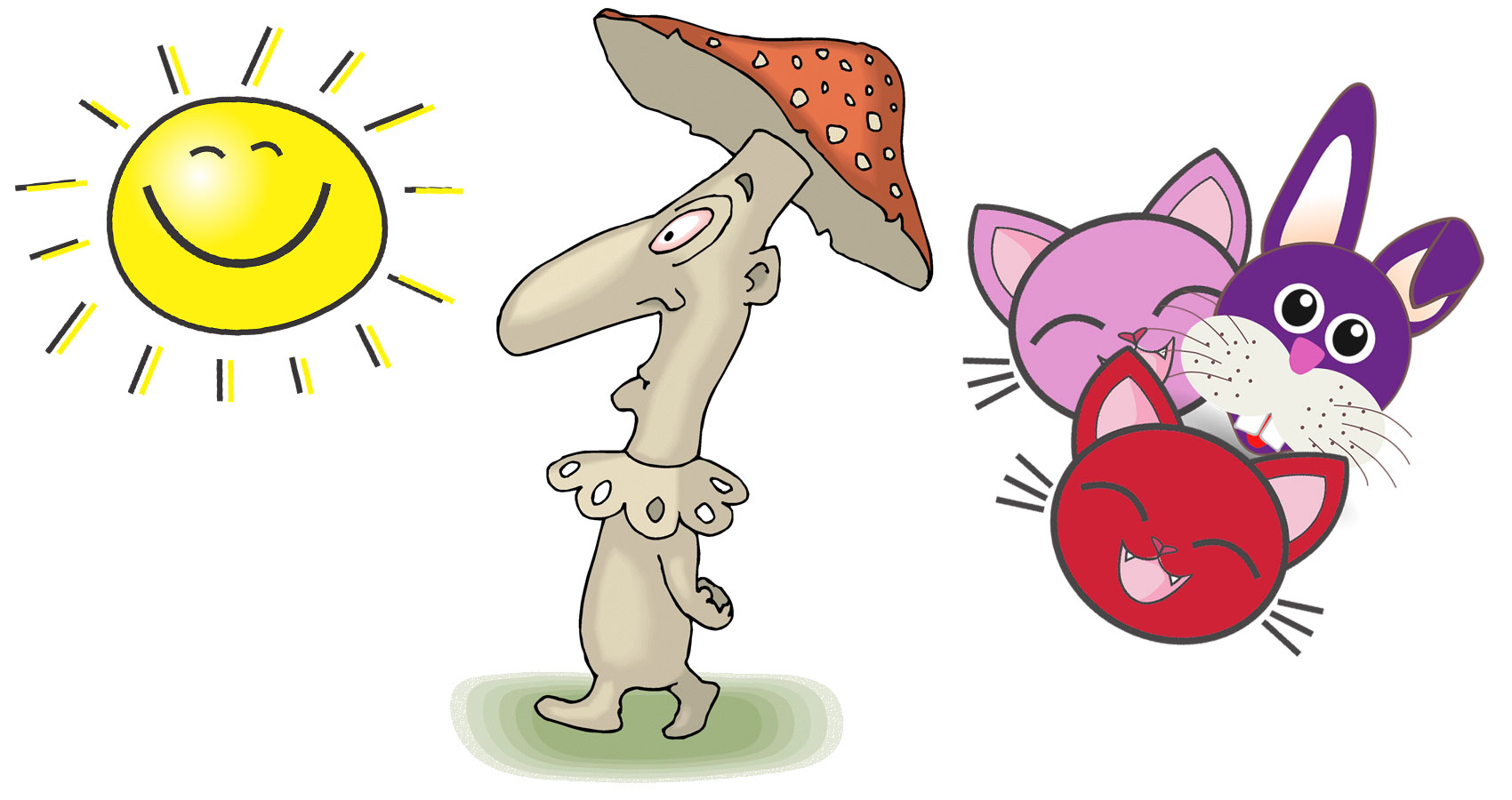 I hated gym class. Picking the teams for soccer that day felt like the day before and the day before that.
“We’ll take Oliver.” Oliver gave me a lopsided grin as he walked over and joined his teammates. Big surprise, the fat kid was chosen before me. He couldn’t even see the ball around the bulge in his middle. I just continued staring at the ground daydreaming about the new painting I planned to start in art class. “Maybe I’ll only do this painting in only blu–”
“Lewis!” Coach Peterson called out. I jumped slightly, having been shaken from my reverie. “You’re on the Gold Team then.” he announced. This was followed by the usual groans and whispered remarks of my teammates. The captain, Steve, pleaded, “But Coach, he was on my team yesterday.” I kept my head down as I walked over to join my team.
It had begun to drizzle very lightly, feeling cold on my bare arms and legs. Thunder rumbled far off in the distance, but the game continued. The ball was sent in my direction and I kicked it a little too hard. Well, maybe a lot too hard. It sailed over the fence, on a collision-course with an elderly gentlemen who had the misfortune to be making his way up the sidewalk. He was moving very quickly, not wanting to get too wet. His motorized scooter was making dull thuds as the wheels traveled over the mismatched slabs of concrete.
“Oh shit!” I cried as the ball crashed squarely into the basket attached to the front of the man’s wheelchair. His grocery bag tumbled out and all the contents spilled on the bleak sidewalk. Running out of the fenced in area, I lowered my gaze so he wouldn’t see the embarrassment in my eyes. The other players in my gym class were laughing and taunting me, as usual.
“Way to go, Loser – I mean Lewis!”
The man was scowling at me, “Look at the mess you made!” he exclaimed as I reached him.
“I’m sorry” I kept mumbling under my breath as I bent to retrieve the fallen groceries.  A bag of Oreos, that were now in pieces. The box of Fruit Loops, that had managed to somehow stay intact. And worst of all, a US map, that was now laying under a dozen broken Grade A eggs. Wiping the yolk off of New Hampshire and Vermont, I noticed Maine had been circled with a meandering arrow pointed toward New York. Written across the top in the elegant penmanship of a woman was “The Route to Grandpa’s”.
“Give me that!” he growled as he reached into his pocket to grab a white handkerchief.
I handed him the Oreos and smiled “Oreos are my favorite cookie, too.” I said shyly. He snatched the package out of my hand with a grumble. As he drove off, I noticed an odd bumper sticker of a cheery mushroom on the back of his chair. The mushroom was colored vividly with purple, green and yellow crayons, and a little pink caterpillar sat under it. The artist had taken care to keep within the boundaries of the lines. Also, there was a maroon heart that read “I love you, Grandpa” above the mushroom. I shook my head, wondering what child could possibly care about the cantankerous old man. I watched until his chair vanished around the corner.
“Come on, Loser, give me the fucking ball!” Steve ran over to me and snatched the ball from under my arm. “Jesus, what the hell is wrong with you? It was only a stupid ol’ man.”

A few days later I was sitting in history class, pretending to listen as the teacher lectured us on the Cold War. My eyes wandered over to the window. The rain was pounding against the glass, making a sound loud enough to drown out Mrs. Knox–well, almost. I spotted the old man, who by now I had dubbed the “Mushroom Man”, speeding through the rain. He was clad in an orange rain poncho and had an umbrella clamped to his chair’s armrest. There was a new bumper sticker, it looked to be a radiantly colored yellow sun smiling happily. I chuckled to myself thinking of the irony.
I’d see the “Mushroom Man” periodically, always passing the school with groceries or his mail lining his chair’s basket. One day, I was outside sitting by the fence under the dogwood tree reading “The Great Gatsby” for my English class. In the distance, I heard that thud, thud, thud of the elderly man’s wheelchair as it traveled over the sidewalk. I stood up to wave, but the “Mushroom Man” forged ahead without a glance in my direction. As he sped off, I noticed that he had acquired a new bumper sticker. It was a purple rabbit with a pink nose.
A week later, I was outside painting a picture of the dogwood tree. It was in full bloom. I was looking for my tube of titanium white when I heard the familiar thud, thud, thud of the “Mushroom Man.” He was going a little slower than usual, perhaps enjoying the sunny day. He seemed to be looking in my direction and had a slight twinkle in his eyes, so I smiled at him. His expression didn’t change, however. It was as if he didn’t notice my smile…or care. There was yet another bumper sticker attached to the back of his chair – a red and pink cat.
The next day I decided to eat my lunch outside by the fence under the dogwood tree. I reached into the paper bag and pulled out my sandwich. Peanut butter and jelly – again. Walmart must have had a sale on grape jelly. My mom packed a diet soda, too. I hate diet soda. I hadn‘t had normal soda since Grandma said mom was “putting weight on“ last Easter.
I was eating my sandwich when I heard a familiar voice. It was Steve and his cronies. “Eating lunch with your friends today, Loser?“
I kept eating my sandwich. My science textbook lay next to me, so I started flipping through it. Steve wasn’t giving up that easily, though. “So, what did mommy make for lunch this time?“ He ripped my half eaten sandwich out of my hand, prying the bread apart to inspect its contents.
I heard the thud, thud, thud sound coming up the sidewalk.
Steve dropped my sandwich on the ground and snatched my soda. Holding it up in the air, “Skinny boys like you don’t need this diet shit!” He dumped the soda over the fence. I watched as the liquid fizzed and seeped into the cracks.
The bell rang and Steve and his friends walked away, laughing. The “Mushroom Man” had driven by, seemingly oblivious to my torment. But then he stopped, and turned around. He drove over to the place where the soda had been dumped. The old man reached into his basket and pulled out a can of soda, and handed it to me.
I sat there for a while, staring at the can, still in shock that the old man cared enough to give me his soda. Maybe I was wrong about him. Maybe he wasn’t mean after all. Maybe we were more alike than I had thought. I wanted to thank him, but he did a u-turn and continued on his way before I could get a word out.
Several weeks passed without another “Mushroom Man” sighting. But then I saw him on the last day of school. The sun was shining brightly that day. I had beads of perspiration sliding down my back as I ran laps around the track. I spotted the man maneuvering his way up the sidewalk. I could tell something was different today as his eyes appeared murky and dark. That twinkle I had noticed before was gone. I ran over to the fence to get a closer look at his newest bumper sticker. It was a photograph of a young girl, maybe age five or six, with long blond hair worn in pig tails. She was pumping her legs on a swing set and smiling blissfully into the camera. Underneath the picture were the words “In loving memory of Ashley”. I raised my hand to wave as he disappeared around the corner.

I live in cold and snowy NY with my husband and furbabies.