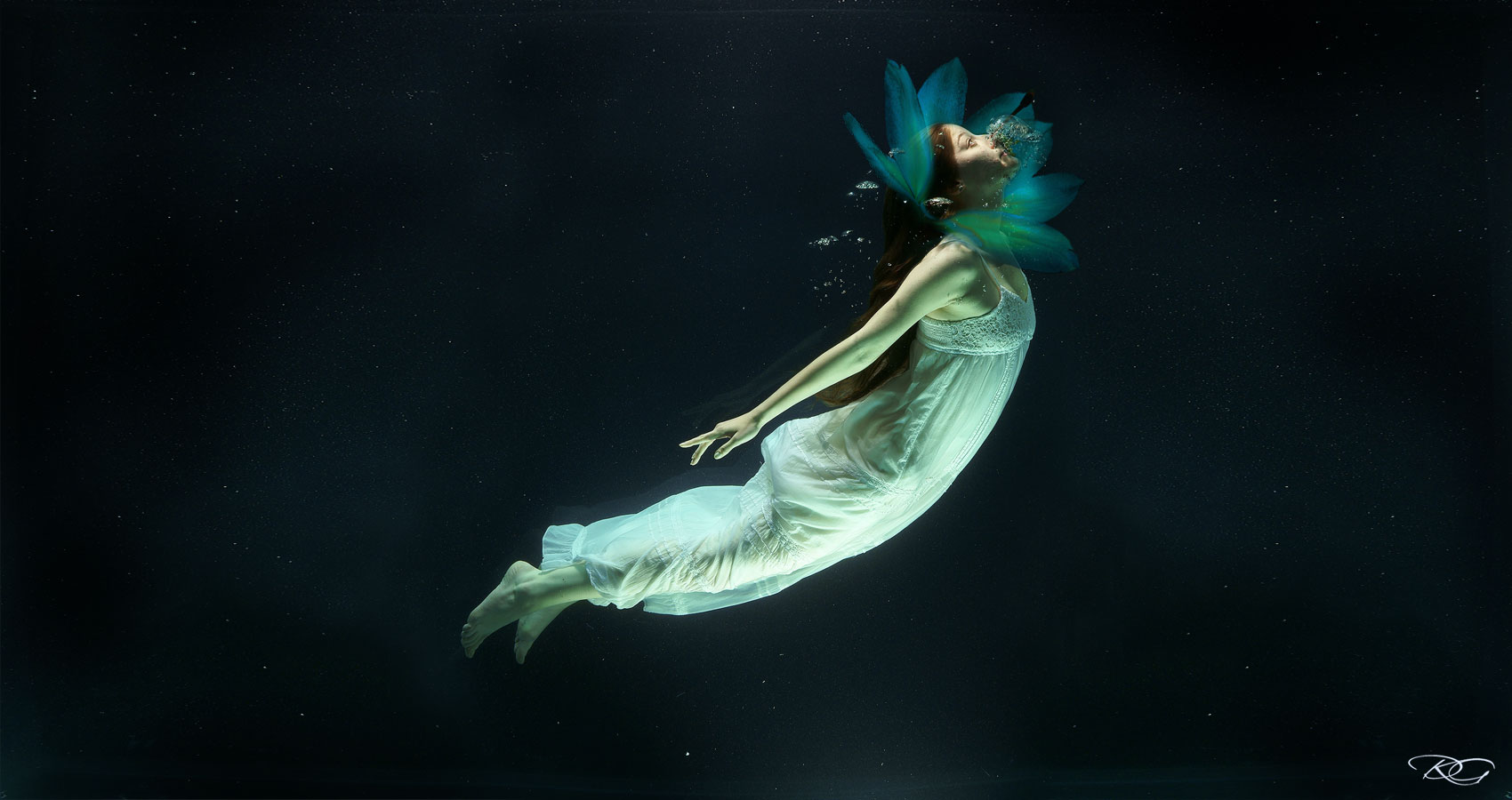 Beneath the water lived a nymph, beautiful as
A flower- if you like women with petals
Growing from out of their face
And lips adorned with myriad metals
Moving silently with infinite grace.

Fishermen who caught her, in alarm
Tossed her back with dismayed cries
Fearful that she would do them harm
When she exposed her fangs, darting from her eyes,
Forked tongues from each palm.

But apart from all that, she was a delightful creature
As proud as a catwalk model
Sexuality impressed into each feature
Death in each cuddle,
Poison injected from each freshly opened suture.

At the sea’s dark bottom lived the nymph
Devouring fish raw, terrifying sharks and barracuda,
Dining on shellfish and prawns for lunch;
Darting amongst Angel Fish and eels, a hungry aficionada,
Tearing into shreds what she could not crunch.

Gentle with her own kind until coition
Was complete, when if hungry she devoured
Her temporary mate without hesitation-
No please or thank you. Feeling duly empowered
By her actions, as confirmed by her thunderous, explosive indigestion.

No longer young, her children dead,
She glides through the water from China to France
A preposterous seaweed hat upon her head
And criss-crossing her piebald nose a serrated coral branch.
Her sartorial taste filling even the sharks with fin-quaking dread.

The last of her kind. The others are (literally) toast.
Protected by animal charities here and abroad
She gladly subsists on ambitious swimmers who venture far from the coast-
All she can now catch or afford.
A capricious tyrant until the last, when, victim of a fisherman’s boast

She was hoist up like iniquitous cod
Out of the sea, paraded on the deck while she struggled for breath.
Shot at. Abused. Poked and speared with a steel tipped rod,
Dragged into the harbour, pummelled close to death.
Screaming out, as in unexpected agony she died: “I thought, I thought, I was god!”