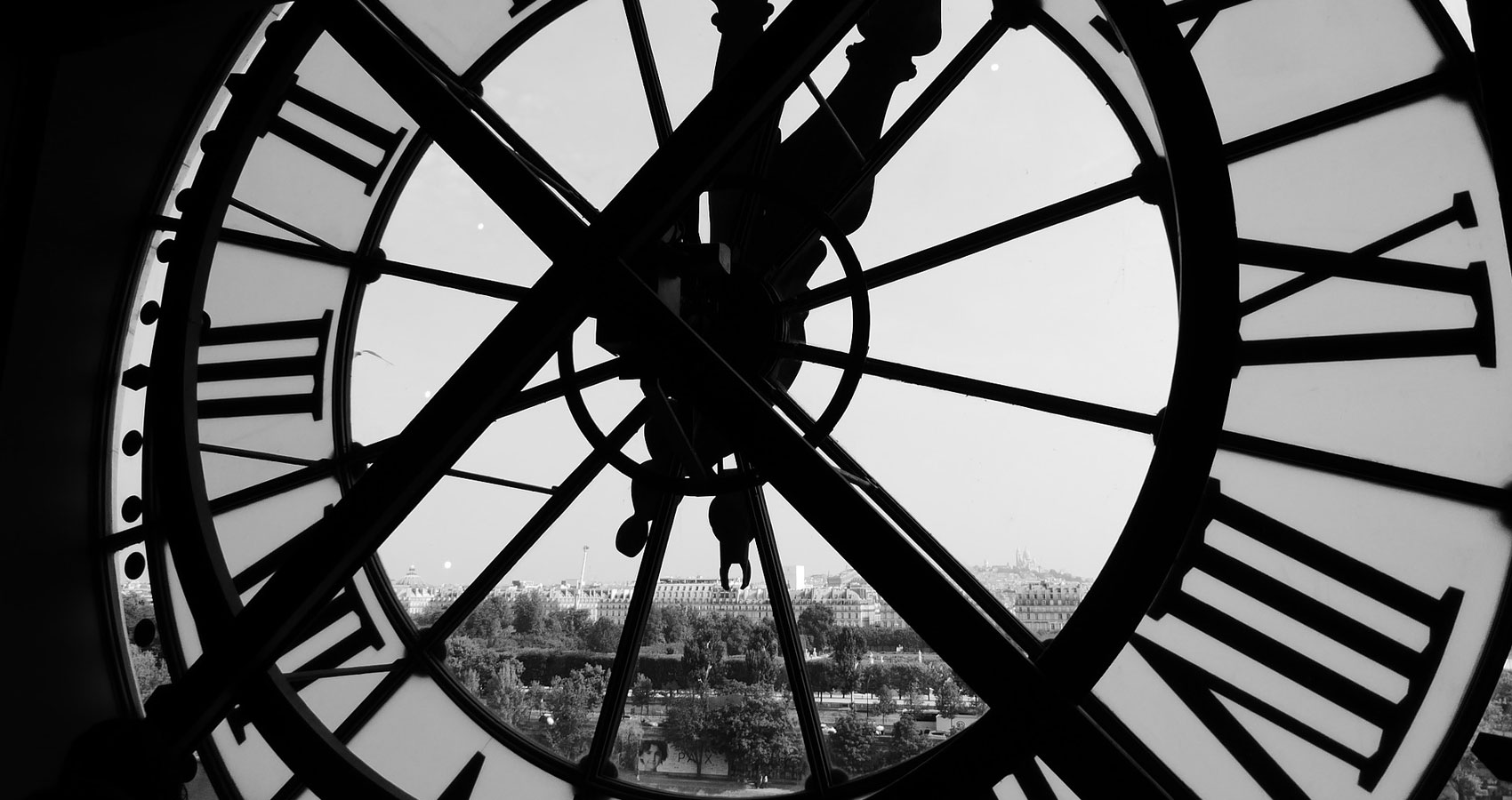 Tick-tock the hands of the clock plock
the pendulum swings to the immutable
rhythm of hypnotic seconds measuring time,
the soundtrack to the great oeuvre that is

our life. An existence we perceive
ephemeral, thus instinctively preparing
suitcases since inception, on an earthly
sphere we interpret merely as a vestibule,

be it a pretty one awaiting to embark
on a journey to a destination unknown,
neatly folding experiences one by one,
hiding mistakes between the nethermost

Achievements meticulously placed in side-
compartments for easy retrieval, references
just in case, identity printed in capital letters
on a stateless passport holding the blank

ticket stretching ears to heed announcements,
last call for immediate boarding, hopefully
after blowing on candles times enough
for departure to be tolerable, desirable. Yet

the bell tolls every so often unexpectedly,
rendering the baggage of a life time instantly
redundant, while climbing the invisible ladder
naked, slowly dissolving into the ether, a rapid

transition between who we are, have been
and will be once more, pure energy melting
to recompose, metamorphosis in tune not
with the pendulum but with the mute

timeless cosmic flow encompassing all,
the solemn moment the weight suspended
from the pivot ceases to swing.