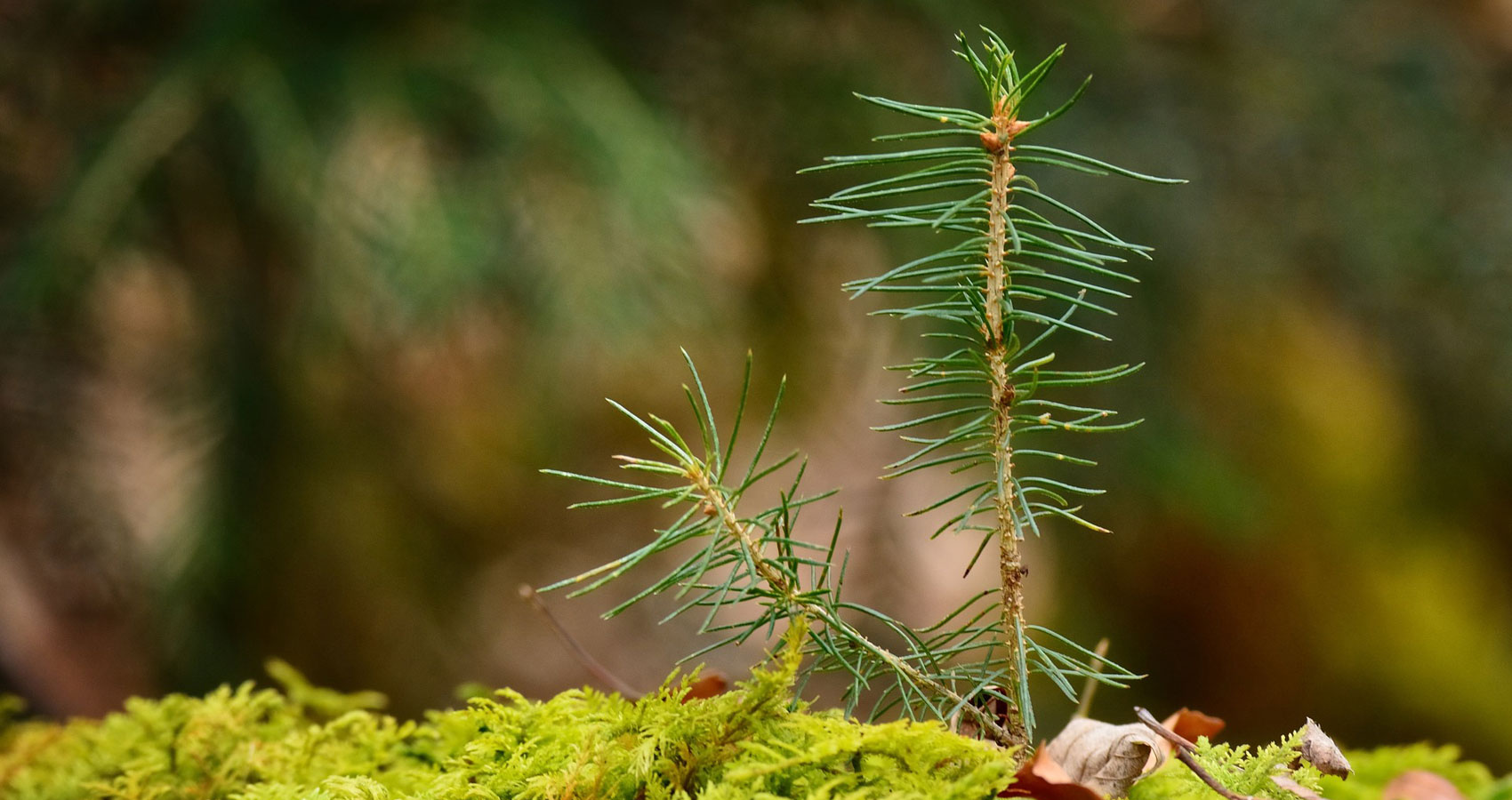 The neutral tans and browns of the unit were becoming etched in my mind as I waited for discharge. Week after week of the same scheduling and questioning put me in a fog.
“How are you feeling today?” a mental health specialist asked.
“I’m fine, not bad,” I replied. I picked up a sensory item to keep my hands busy.
“Does the sensory item relax you?” she asked. Her grayish hair tapered to her shoulders and her glasses made her eyes look small.
“I dunno, it’s just something to keep busy with. Not much to do on the unit.” I replied.
“That is so interesting you mentioned that to me. There’s more to do than you think!” Standing several feet away she leaned against the wall while I was firmly rooted in my chair. I looked up at her not knowing how to respond.
“I guess so…” I said.
“So, I’m your check-in for this morning, okay?” she asked.
“Okay…” I replied. “What would you like to check in about?” I brushed a fly away hoping it would leave me alone but it circled back. It buzzed in my ear and circled around me.
“So you said you’re feeling good today?” she asked.
“I did…”
“Did you eat breakfast and shower?”
“Why are you asking me this?”
“I just want to see that you are doing well,” she said.
“I’m fine, yeah. Self-care is good,” I replied.
“This is your third hospitalization in seven years?” she asked.
“Yeah.”
“Do you know what it means to have schizophrenia?”
I turned my gaze and stared at a National Geographic with pictures of geysers at Yosemite. “I’m not inferior to her,” I thought. “I feel inferior though.”
“Is the magazine interesting?” she asked.
Looking away I wrinkled my brow. “I don’t entirely know what’s happening,” I said.
“So there are a lot of things that can happen, but we’re here to help,” she said. Pushing her glasses back up the bridge of her nose she sniffled.
“What do you mean there are a lot of things that can happen?” I asked.
“Well, sometimes when people leave they encounter more symptoms or different symptoms or things just change for them.”
“I don’t know if that’s happened for me,” I said. “I do have a lot of fears but I dunno.”
“You really should read more. There’s a lot of literature on the unit.”
“Yeah, I don’t know. Not sure what will help at this point,” I said.
“The more you can learn about what’s happening in your mind the better off you’ll be,” she said.
“I’m figuring it out. There’s a lot I still don’t know.”
Two days later I discharged from the unit. On the car ride home I looked out the closed windows while we waited for the air conditioning to turn on.

A month later I was at a cookout at a friend’s house. The windswept the cool air across the back lawn and the sun slightly stung my arms. The grill was sizzling as the food cooked.
“Hey, it’s good to see you, man,” an old friend said.
“Good to see you guys too. I’m sure you heard,” I said.
“Yeah, we’re glad you’re all right. We gotta have you over for a few drinks. Janelle and I missed hanging out with you.”
“Thanks,” I finished my drink and recycled the bottle. “I wonder if I can meet some new people? I wish I had more friends. Why don’t people hang out with me?”
“Hey, I’m Suzy,” a girl with dark eye shadow said to me.
“Hey, I’m Dirk. Nice to meet you.”
“What do you do for work?” she asked.
“I’m a mental health counselor,” I replied. “I’m really a peer counselor,” I thought. “I can’t tell her that. She’ll judge me.”
“Ohhh, interesting… Where’s your office?”
“I work at a local hospital inpatient and outpatient,” I replied.
“So, what type of counseling do you do? What’s your catchment area?” she asked.
“I work with people who’ve had experiences with psychosis,” I said. “I coordinate a groups program for outpatient and then just do inpatient counseling as needed.”
“Yeah, that’s tough work. Do you ever work with people who have multiple personalities? I saw that movie Split and I couldn’t wrap my brain around how the guy had so much going on in his head. Like one of his personalities had diabetes.”
“That’s mostly Hollywood…” I said. “People are more human than you think.” I looked at a vase of flowers on the kitchen counter. Blue rhododendrons picked from the outdoors made up the majority and a small red rose stood brighter than the rest. “I think the burgers are done.”
“Oh, cool!!! Let’s go get some food!”
“I’m gonna go inside for a minute,” I said. “I need a drink.”
“I need one too. Let’s go together!” The wooden planks creaked as we walked up the stairs and the screen door stretched open and gathered itself shut behind us. The cold air from the refrigerator door chilled us as we each grabbed a beer.
“Cheers!” I said.
“Cheers! Here’s to multiple personalities!”
The beer slipped from my hand and fell into the sink clanking against the metal grate. I picked it back up and took a few quick sips so it wouldn’t pour out onto the floor.
“People don’t have multiple personalities,” I sighed.
“I never said that. It was a joke. I’m sorry, I was just kidding…”
“It’s okay. It’s always just a joke. No one understands. No one is even aware of what they’re saying.”
“Do you have multiple personalities?” she asked.
“I have schizophrenia but just one personality,” I said.
“Oohhh. Well that’s okay,” she replied. The refrigerator motor kicked back on and hummed loudly as we both stood leaning against opposite counters while staring at the floor.
“I’m just gonna go get some sun,” I said. I stepped outside into the blinding light. My eyes needed time to adjust.

“What am I supposed to say to someone? How the hell is anything going to change?” I asked my manager, Chloe. We were in supervision. Her office had several lamps with warm colors that shaded the light.
“I don’t know. That’s a really good question. What do you think bothers you about being made to feel inferior?” Chloe asked.
“I always felt inferior as a kid,” I said. “It stirs up a lot of memories. I think that’s the case for a lot of people.” I looked out the window at a tall pine stretching to the skyline. A leafless sapling leaned askew to its side being blocked from the sun. Cracks in the hard dirt ground below interconnected around the sapling.
“So, you mentioned this girl talked about the movie Split?”
“Yeah, I don’t think she meant anything by it. She didn’t even know she was saying anything wrong. I just couldn’t keep my cool.”
“Was she drunk?” Chloe asked.
“She was, but that’s even worse. Because that’s what she thinks without filtering her words.”
“What do you mean?”
“Alcohol breaks down our filters. When people drink their true thoughts spill out. She couldn’t filter what she was saying.”
“Do you think she’s worth your time?” The desk lamp’s light bulb went out and she turned the switch to off.
“Yeah, she’s really not but how many other people think the same thing? I need some friends.”

Steve Colori is a New England author who has been living with schizoaffective disorder since age 19. He has worked hard to overcome the disorder and writing and literature have been an essential part of his journey back to leading a full life. His work and memoir can be found at his website - SteveColori. He has come to live by the words “to Improve is to Change; To Be Perfect is to Change Often.” (Winston Churchill)