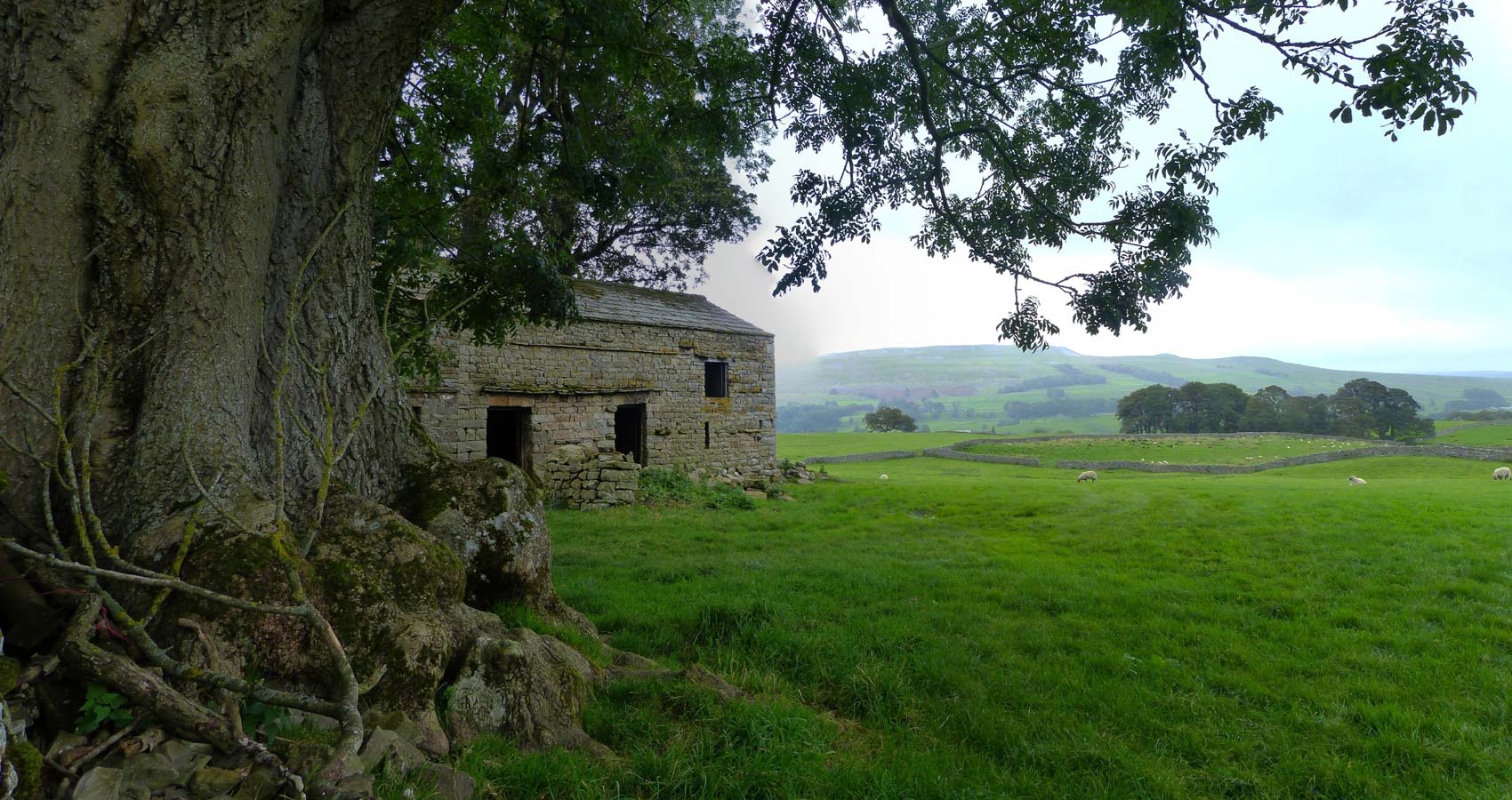 The news came not long after breakfast. A phone call, a brief conversation then silence blanketing the house. Someone had had you in their sights and squeezed the trigger. Now, there’ll be no more of your loud arguments, raucous filthy laughter, walks in the rain, spilt beer and wine, endless weekend phone calls, late chips and curry sauce and those terrible, terrible jokes. At least it was quick.

If you could be walking here today with me in this green valley, you’d remember this old barn standing alone in its narrow pasture at the bottom of the dale. It’s the one close to the bank where the two rivers meet and tumble together. You know, it’s above the pool where we all played and bathed in summer once you were old enough to swim. Cattle were kept in the wooden stalls at ground level long ago and people lived above, grateful for the beasts’ body heat rising in winter. The wooden steps the occupants climbed are skeletal now but the stalls are still there, good and strong. The walls are water stained, pitted and covered with a hundred years of slow spreading pale grey lichen. Storms and floods have sheared away the doors and lifted or shattered most of the roof tiles over time but the limestone blocks are as tightly bonded to each other as they were when the barn was new. Remember?

You said you wanted to go out there in the dust and heat, help if you could. Make a difference, you said, give something back, help the rebuilding. Oh, the guilt we have, so much of it.

You’d know that corner in the barn that sheltered us in bad weather? Where you would often sit there and reflect in peace and contemplate life? If the sky was clear in the morning and you’d slept out overnight as you often did when you came home, a shaft of sunlight might filter through the broken roof to illuminate and warm you where you would be lying and draw that quiet smile of delight from you.

This afternoon, under fading slate skies in a space cleared among the sheep droppings, nettles and dandelions, there is a small pile of neatly folded clothes in the shelter corner on a broken trestle. On top are a photo in a frame and a note held in place by a small piece of damp limestone. You would know who wrote that note and to whom they wrote it, you would know for certain who folded those clothes with such precision. If you’re looking down on us all, you will be able to see who has walked here and put them on the ground and is sitting right now hunched beside them in the barn in the shelter corner, unable to think or move for hours until long after dusk has fallen and the fine soaking rain starts to drift in.

On the news, the people you wanted to help are standing under a blazing sky in open sewers by the airport wall with raised guns all around them. They’re calling out, waving papers, trying to climb walls and over barbed wire, passing babies up for rescue. Nobody is listening to them, nobody can hear them. What would you have done? Would it have been different, better? Tell me, I need to know.