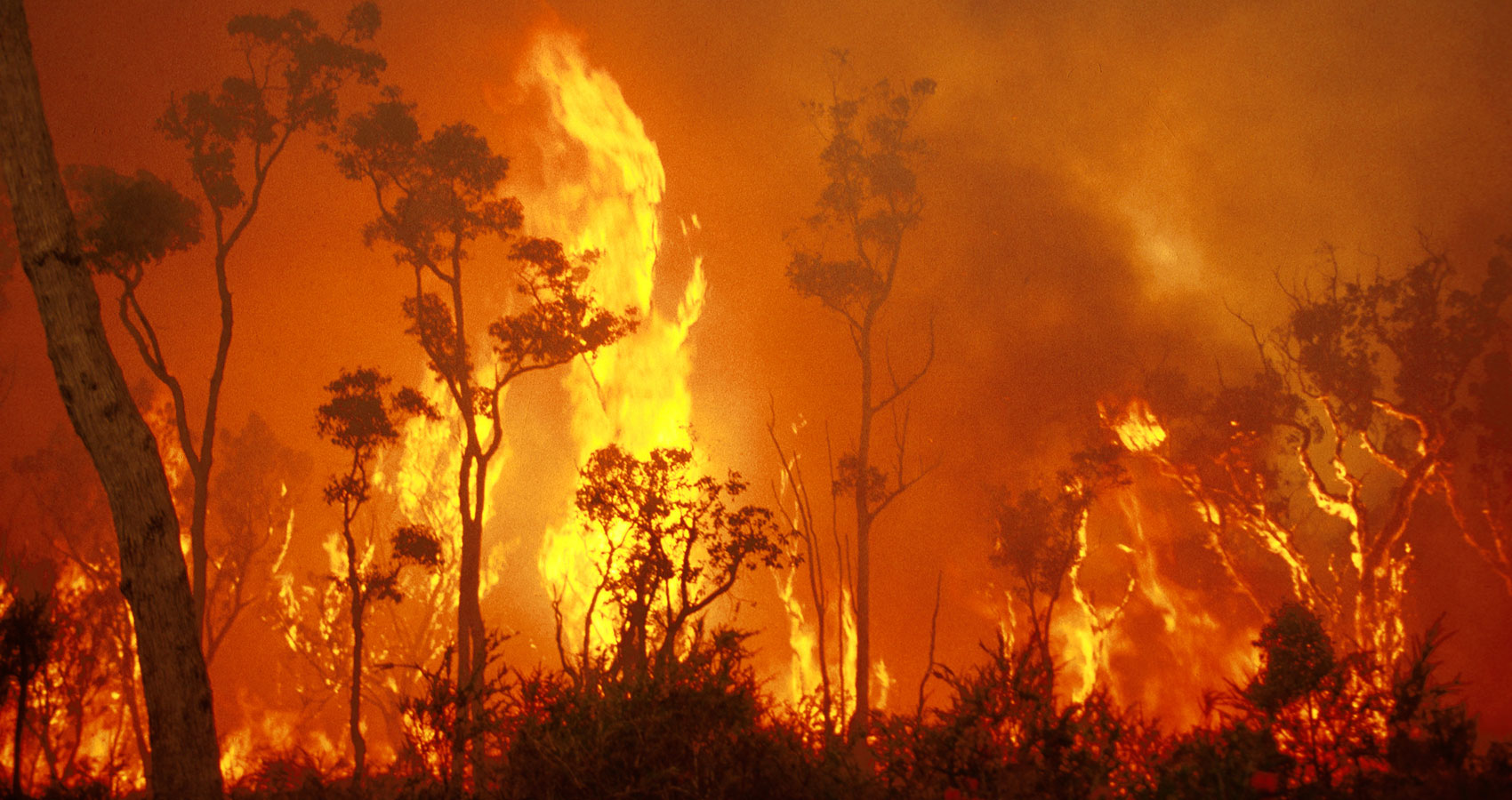 When played the crackling sounds of fire
Make haste to dams and creek lines
The kangaroos and wallabies flee
Or dare to brave the fire front sea
Over wild and burning brush;
Fuel loads the charred black landscape
Once lush with verdant viridian green
To stay or flee for cover?
The Eastern red bats wake from torpor
And reed frogs croak and know
The time has come: to stay or go?
Koalas cling to mother’s back breast
No time for rest now, the wombats burrow
In search of safety on the morrow
And mammalia hide in beds of ash
Where others crash in hideout zones
Of echidnas, lizards, all the homeless now
Uprooted and disheveled;
The red fire beetles make new home
In throats of burning wood —
No more is understood
Is it time to stay, or go?
No kookaburra laugh or cry
Now comes the circling
Of agile birds of prey; the raptors
Who lay red burning sticks
As beaks deliver fiery twigs
By talons, these arsonists at play;
For, slay they will
The predators wait
To capitalise at the gate
Of fire’s footprint,
Gleeful on this day;
And the spiky slow Echidna shuffle
Cannot outrun the hungry waffle
Stomach of the fox;
Who licks his lips
In this life cycle
Unpeturbed by flaming circles
As ecology takes its course—
And the death march comes to all
And all in vain
As fire takes hold its eternal reign
The ultimate beast
In this survival chain of old.

A distinguished Freelance Writer, Novelist and published Poet, Susan Wakefield is an expatriate Australian returning to her native Australia after a twenty year stint in The United States and France. An Honours in Creative Writing from Stanford, Susan is a savvy, seasoned writer, editor, ghostwriter and speech writer who has acquired a unique global perspective from her humble Australian beginnings. She is currently at work on her fifth novel, Decency, as she juggles ghostwriting and editorial efforts for Peninsula Writers on the Mornington Peninsula, as well as performing regularly on the Melbourne poetry scene. Well versed in the classics to modern literature with a Plathian bent, Susan has a vested interest, not only in the world of publishing, but in preserving and developing the history and future of the written word.