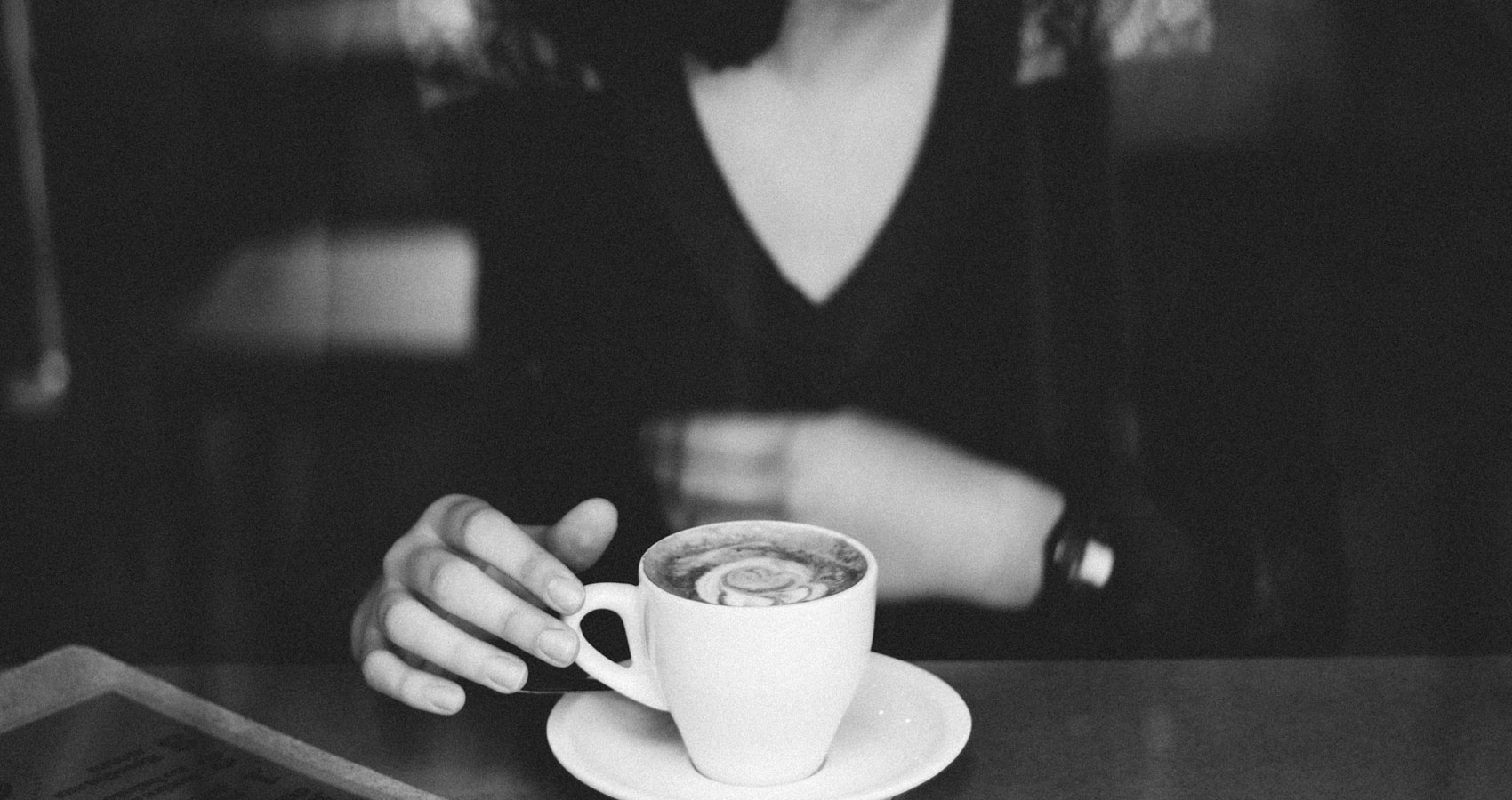 Ebbie drops Clair off for karate at the strip mall dojo on Thursdays at 3:30 and takes an hour for herself across the street in the coffee house where she can sit and stare out at the traffic or at the line inside and legitimately not think about emails or clients or taking anyone anywhere. She sits and specifically doesn’t think about her husband or kids. She doesn’t think about the bills or home or her boss who has touched her thigh twice in the last month. She’s not thinking about her mother who might finally be in remission when she sees the teenager with a fauxhawk and pink polo shirt in line with his mother pull a prepackaged sandwich out of the counter and slip it into his backpack.

Only after he has done it does he cast around to see if anyone has seen him. She catches his eye, and she tilts her head and smiles at him. This is her time after all not to think about responsibilities, and he smiles back with the hesitation of a thief, and she smiles all the broader, and she thinks right now that if he were ten years older, she might take him behind the strip mall and make love to him quickly in this moment between moments, but he’s almost certainly still in high school, so maybe she has a little responsibility left in her after all.

She wishes that she had weed or maybe a little bottle of something to slip into her coffee, but she’s only got half an hour of freedom left. He’s sitting at a table with his mother, chatting with her and sneaking glances at Ebbie, and when he’s looking, she smirks and heads for the counter herself. She can hear his mother say, “Are you listening to me?”

She gets in line behind a businessman wearing Old Spice, which is what her father used to wear, and while he’s talking, she slips a sandwich into her purse, making sure the boy sees her and then orders a drip coffee, which she pays for.

Thirty minutes later, Clair gets into the car, and Ebbie says, “Are you hungry baby?” and she hands her daughter the sandwich. She watches the boy across the street get into the passenger seat and his mother drive away. But she thinks, maybe this isn’t his mother after all. Maybe he isn’t in high school. Maybe this is the woman that he has met and made love to. Maybe they need a boost of caffeine together in this midday world. Maybe he’s given her a whole new world and a whole new life. Maybe for that woman, this is the beginning of all of that.

John Brantingham is Sequoia and Kings Canyon National Parks’ first poet laureate. His work has been featured in hundreds of magazines, Writers Almanac and The Best Small Fictions 2016. He has ten books of poetry and fiction including The L.A. Fiction Anthology (Red Hen Press), Crossing the High Sierra (Cholla Needles Press) and California Continuum: Migrations and Amalgamations (Pelekinesis Press) co-written with Grant Hier. He teaches at Mt. San Antonio College.