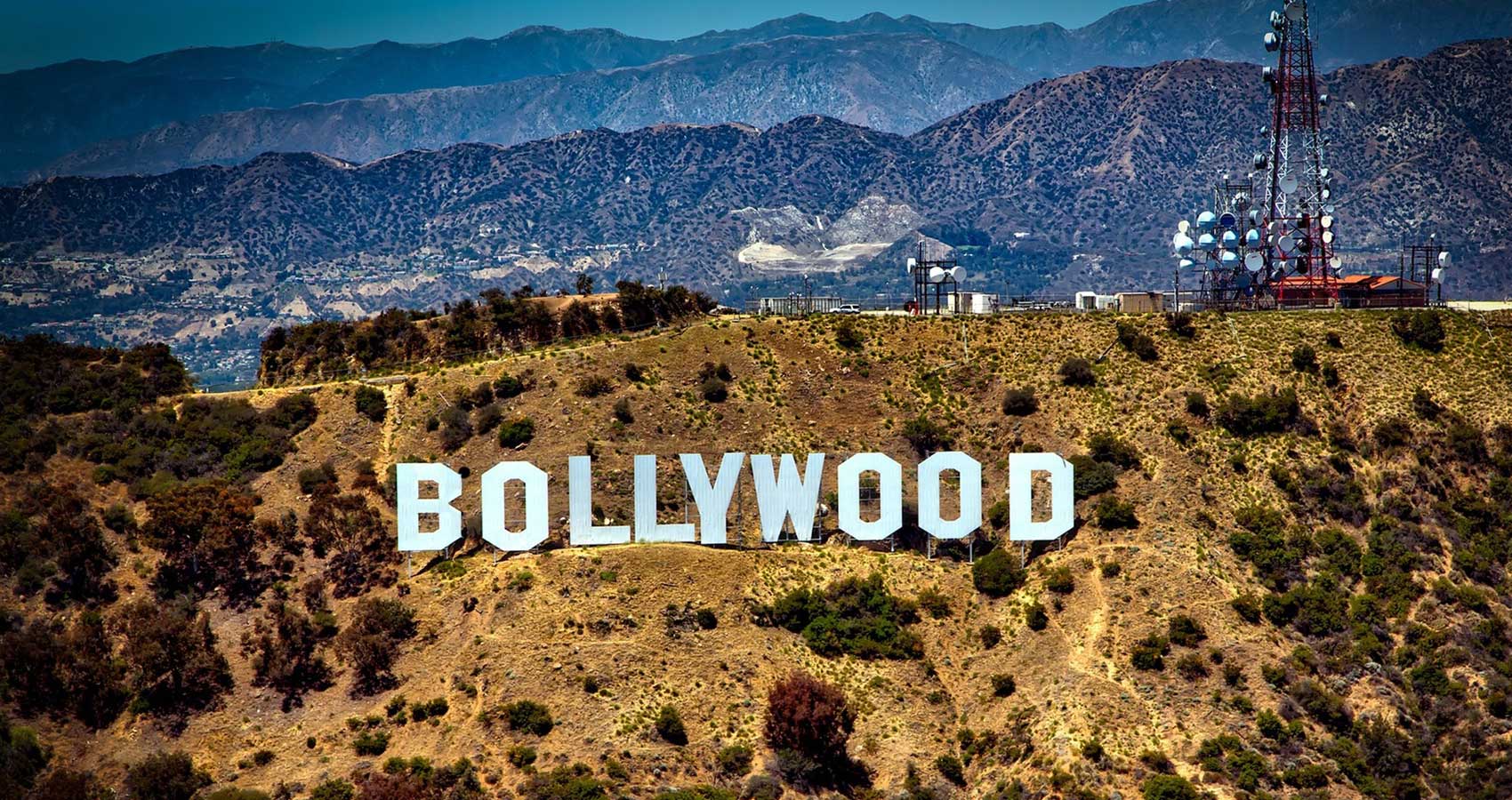 There’s a right time for everything …

This is what Isha’s mother told her when she feebly expressed her desire to venture into creative arts.

“You are the topper of your class. Why do you want to throw your career away? Arts, Films, and music are only good to entertain yourself. They will not feed your stomach and is the most uncertain profession. Have you not read the celebrity interviews? This is the time to study hard and bring some high scores. Once you are well settled in life, pursue them as your hobby.”

And the time flies …

Isha graduated into a highly paid executive, a contented mother, and a duty-bound wife in life.

A time to dream and a time to scheme …

But the allure of films has not waned from Isha’s mind. When she watched a Bollywood movie, reclining in her plush sofa with a cup of hot brewed coffee in her hand, she envisioned herself in the role of the actress, mesmerized by the songs and dances of the heroine, who plotted revenge against the unfaithful beau and fought the villains …
… until the harsh tone of the doorbell brought Isha back to the real world.

Her family responsibilities completed, Isha thought it high time she worked towards her bucket list before death thwarted her dreams. She began by extensively searching the net for resources available for a fresher.

A time to discover and a time to recover …

She aggressively applied for acting roles on all advertised platforms. Her first call came from a casting agency that she is short listed for a mother’s role and wanted to confirm her availability for a ten-day shoot. Ecstasy knew no bounds; but a mother’s role? She reminded herself that age is not on her side and she should be happy with her first breakthrough in a cutthroat competitive market. On probing about what the agency offered, it was the role of a mother for a pornographic film, “Sexsphere’s Romeo and Juliet”. It took some time to recover from the clasps of the grave gaffe.

A time to trust that went bust …

The agency required an artist card with her other identity details.
“I do not have an artist card,” she said.
“Well, get it made within a week’s time,” the agency replied. “I will give you the number of an agent who will make it fast for you. You will need to pay Rs.10000 fees for the card.”
“But I do not have that much money right now.”
“OK, the production house will pay you half, you pay the balance and later this money will be deducted from your salary cheque.”
“Why don’t they pay the full amount and deduct it anyway from my salary?”
“What if you run away?”
Agreeing to it logically, Isha contacted the agent.
“I hope you are a genuine person,” she said. “Will I get the card within a week as assured by the casting agency?”
“What do you mean? I have been doing this for six long years. And the account you will be transferring the money is to Artist Association, not a personal account that can be fraud,” the agent retorted.
“Sorry, no offence meant. Just that I read in papers, so I was sceptical.”
Isha transferred the money.

A time for fear and a time to tear …

Despite being cheated a number of times in the past, Isha trusted people. A lesson never learnt. A fatal flaw. Her calls to the casting agency, or agent, are never answered.

Not wishing to make a mockery of herself in the eyes of her family and friends, Isha keeps the mishap to herself.

A time to redo and a time to make do …

Audition notifications posted on the walls of the marketplace stared at Isha hypnotically, coaxing her to act on it. She memorized them all, a skill that had not diminished with age.

Isha called for an audition. She bustled to the appointment with hopes held high. The meeting place was in a plush residential area, a house of magnificent architecture. She is directed to go to the basement, and contrary to her glittery expectations, she is disappointed to find it nothing more than a rented space. Other candidates, all young, were seated in rows of chairs. Isha sensed her much older age a detriment. But not all scenes require youth, she hoped. Mothers are an important part of any good story too, right?

A time for euphoria and a time for dysphoria …

Isha’s audition was given a thumbs up by the director, who personally requested her audience for script discussion the next day. She floated on cloud nine. Her confidence level improved with the touch of make-up and the Chanel perfume that did not fail to spread its signature fragrance far and wide.

The Director spoke with the polished tone of a salesman. “Madam, you are genuine talent and to get such an actor is our privilege. We shall gladly manage your portfolio, starting with a photo shoot that would cost you Rs.35000. But we assure you assignments from top brands.”

Isha was confused. “I have come to act, though, not model,”

“Madam, we have streamlined your mode of entry into the films. These modelling assignments will increase your visibility in the media and will multiply your chances in the arena of films.”

After another hour of the Director’s assurances, Isha transferred the money.

Days turned into months and months to a year when she finally stopped calling them. “Why can’t she see through a person’s malicious intentions? How many times must she be cheated to learn?”

A time to tame and a time to re-aim …

It was the prestigious Bollywood Filmfare Award evening filled with the arrogance and style of stalwarts of the Indian film industry. The occasion was graced with all the stars that seemed to have descended from the sky.

When the much awaited time to announce the best actress award finally approached, Isha kept her fingers crossed, her legs crossed and her heart, well not crossed. Her deep-set black eyes stood still, missing out on blinks. Her square mouth turned fully expressive, about to spurt out the thanksgiving speech she had learnt by heart. The all-time beauty of yesteryear, Rekha opened the envelope slowly with her well-manicured fingers.

“Mom, the postman has delivered some envelope in your name, sender from the US. Who posts snail mail these days? And why are you sleeping for so long today,” shouted her son.

“Baby, my dream envelope was about to be opened, when you shatter it with your yells. And today is ME time, Sunday time, remember.” Isha responded with a low moan.

“Maybe another dream envelope awaits you, the real one perhaps. Open it fast Mom.”

With a lazy sigh Isha read the content and shrieked. Her eyes looked in disbelief at the offer letter from a talent agency where she had casually sent her voice sample for an audition almost a year back and had forgotten it as yet another rejected case. It said that she had been selected to voice an animation character for a Disney movie. Her joyous shout got unceremoniously severed by her son who gave a quick read to the letter followed by another slow re-read to be sure it was not another scam. This looked real, no money asked and appeared authentic.

Her best friend Frida had once told her that she had a magical voice that could be put to good use, when Isha had just shoved it away as a joke. However on her insistence, she applied as voice over artist at many places, but never really was serious about it.

“Mom, I am very proud of you. It’s a God sent gift to a special person who always eats, drinks and breathes the silver screen, though never at the cost of her responsibilities as a super mom. You were running after an acting career in Bollywood, while this too is acting through your expressive voice and hoo la la la a Hollywood career at it. You deserve this. Love you, Mom.”

A setback is indeed a setup for a comeback.

Ila Das is professionally an Engineer, with creative personality, having dabbled in acting, music and voice over. Simplicity of narration and portraying real life situations with women centric characters in a lucid language is her forte. She loves dreamy romantic stories and heart-warming tales that make you believe in wonders of life. Her themes generally include women's issues. Her short stories have been featured/forthcoming in ‘Bethlehem Writers Roundtable’, ‘Abstract: Contemporary Expressions’, ‘The Book Smuggler’s Den’, ‘THE PRESERVATION FOUNDATION, INC.’ and ‘Trivia Mundi’.