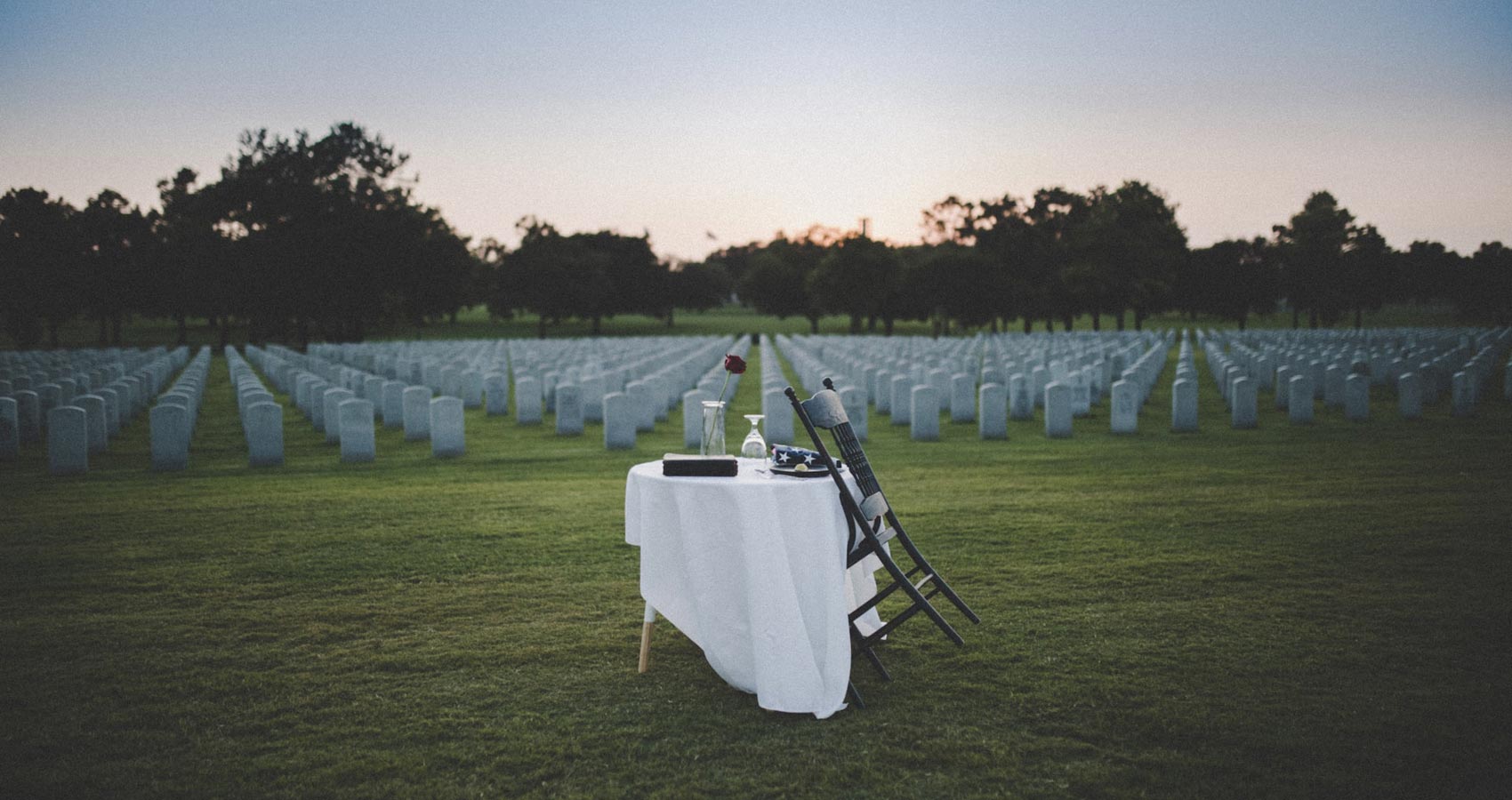 Remembering my Grandfather
he used to say
“Put enough gravy in, don’t forget,”

there had to be enough on the plate
so’s as to be needing mopping up
enough for two slices of bread to sop up the plate.

I remember my Father just back from the war
remarking that his civvies felt strange
to have on, he was trying to relax the tension

he had lived with for a year and some, like
never minding the danger of flying into Khe Sahn
keeping those Marines alive by resupply

flying in, he’d told me about the siege laid out under him
It had been a clear day flying in, suddenly a wide plume rising ‘way up,
thousands of enemy surrounding the forward base were visible thru the smoke of battle.”

He’d been a command pilot, Officer Corps,
a long career in the Air Force, flying in 3 wars, medals and all,
now he and Mom both

are buried in Arlington National Cemetery,
and a friend of mine just buried both his parents
there, on a fine day in August.

an Officer of higher rank (than our fathers were) does that
as he turns away, the rifle team does their salute
it is jarring, each report, makes you jump a bit sitting there graveside.

I’d rather have them back to eat some two slice gravy with.

The dinner table has empty seats.

Ray has been writing both prose and poetry since he was seventeen. What Ray is writing now is very different from what he wrote those so many years ago. All writers and poets are writing out of "the Self" however there are directions that the self speaks into, that change. Now Ray is attempting to put foremost in his work, just who he is writing for. He intends on writing for the everyday man and woman. This is where he aims to make a difference in his creative writing. Ray has read around the state of North Carolina [USA] and Colorado [USA], and is a member or the North Carolina Poetry Society, the Winston-Salem Writers, and The North Carolina Writer’s Network. He has thrice been a ‘Writer-in-Residence” at the North Carolina Center For The Arts and Humanities, at Weymouth, in Southern Pines, NC. He is the father of two adult daughters, and lives in Colorado Springs, USA. He has three books published by Newness Twoness Books, “ACKNOWLEDGMENT: Poems From The ‘Nam,” 2 volume set, 2nd Edition in 03/2019; “23, 18,” 2nd Edition in 02/2020; and “FOR THE LOST AND LOVED,” 2021. He has one other book he is presently seeking publication for: ‘WHITE DOG SPEAKING.” Some of his work has been published in American, Irish, English, and Bali Literary Journals.