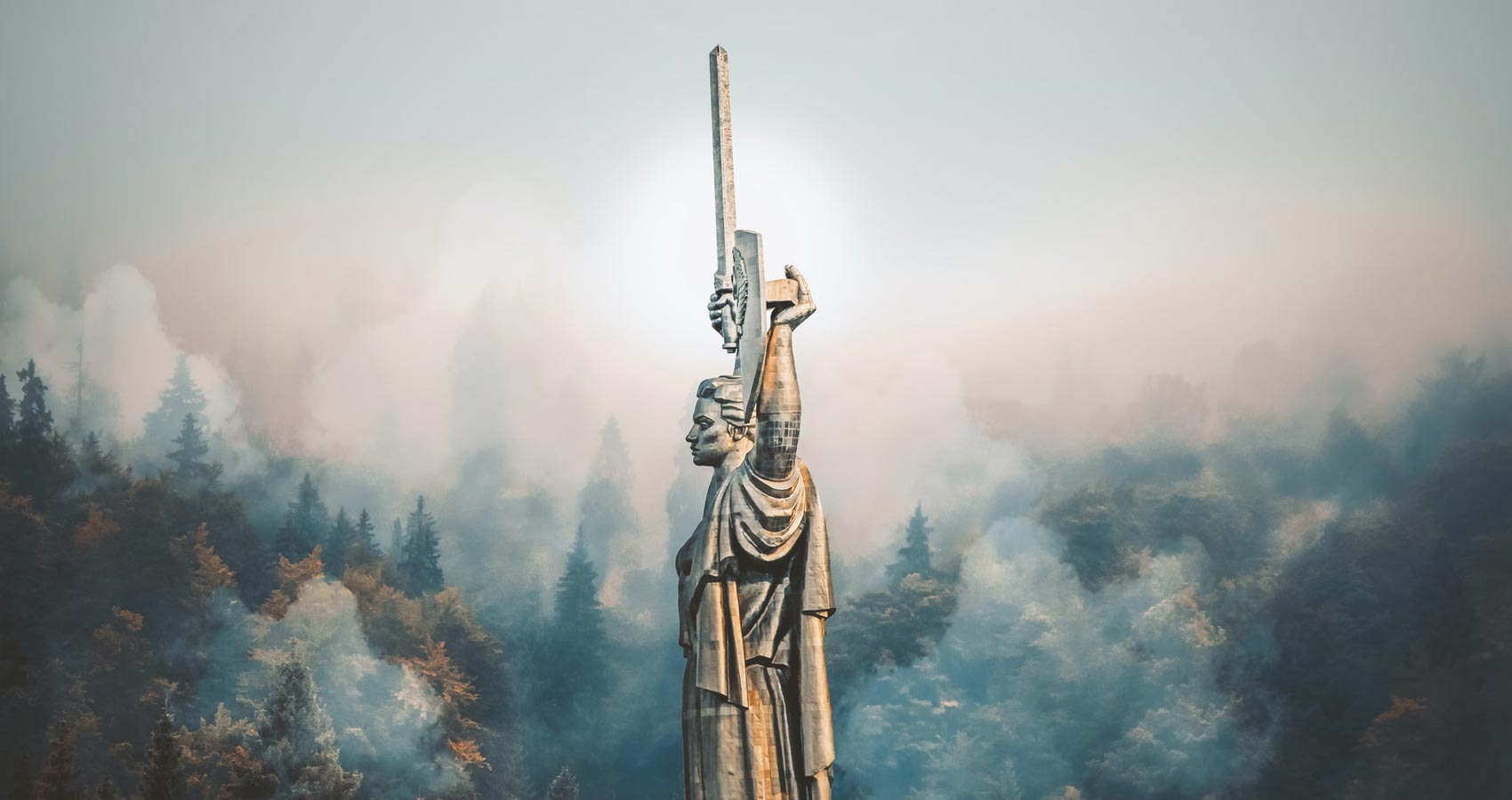 The people there will try to make their lives
resembling something like normalcy
which is sorta like life inside an F5 tornado.

A child plays the piano in the lobby
of a major hotel, as
the Russian advance moves in on that city.

Smoke pours out of Ukrainian radar installations
we do not see the dead inside them
burned beyond human recognizability.

Putin the megalomaniac will never care
about anything but force.
Never care, never.

Waiting until the last possible second
to flee the violence,
the populace flees in long lines into the horizon.

People there -shopkeepers, farmers, husbands, wives, and their children-
are dying, the civilians always do, en masse
bearing the brunt of aggression.

The newsies are ranting
some look like rabid animals
they are screaming questions, frothing.

tears for them are shed ‘round the world
we are centurions so war-like for the long centuries
the old warriors fade away, there are so many new ones.

The bleating about one country resounds to the stars above
who will answer: will it stop with democratic death of only Ukraine?

The Eagle and the Bear are watched by the Dragon.

Murder has now a new definition.

Ray has been writing both prose and poetry since he was seventeen. What Ray is writing now is very different from what he wrote those so many years ago. All writers and poets are writing out of "the Self" however there are directions that the self speaks into, that change. Now Ray is attempting to put foremost in his work, just who he is writing for. He intends on writing for the everyday man and woman. This is where he aims to make a difference in his creative writing. Ray has read around the state of North Carolina [USA] and Colorado [USA], and is a member or the North Carolina Poetry Society, the Winston-Salem Writers, and The North Carolina Writer’s Network. He has thrice been a ‘Writer-in-Residence” at the North Carolina Center For The Arts and Humanities, at Weymouth, in Southern Pines, NC. He is the father of two adult daughters, and lives in Colorado Springs, USA. He has three books published by Newness Twoness Books, “ACKNOWLEDGMENT: Poems From The ‘Nam,” 2 volume set, 2nd Edition in 03/2019; “23, 18,” 2nd Edition in 02/2020; and “FOR THE LOST AND LOVED,” 2021. He has one other book he is presently seeking publication for: ‘WHITE DOG SPEAKING.” Some of his work has been published in American, Irish, English, and Bali Literary Journals.