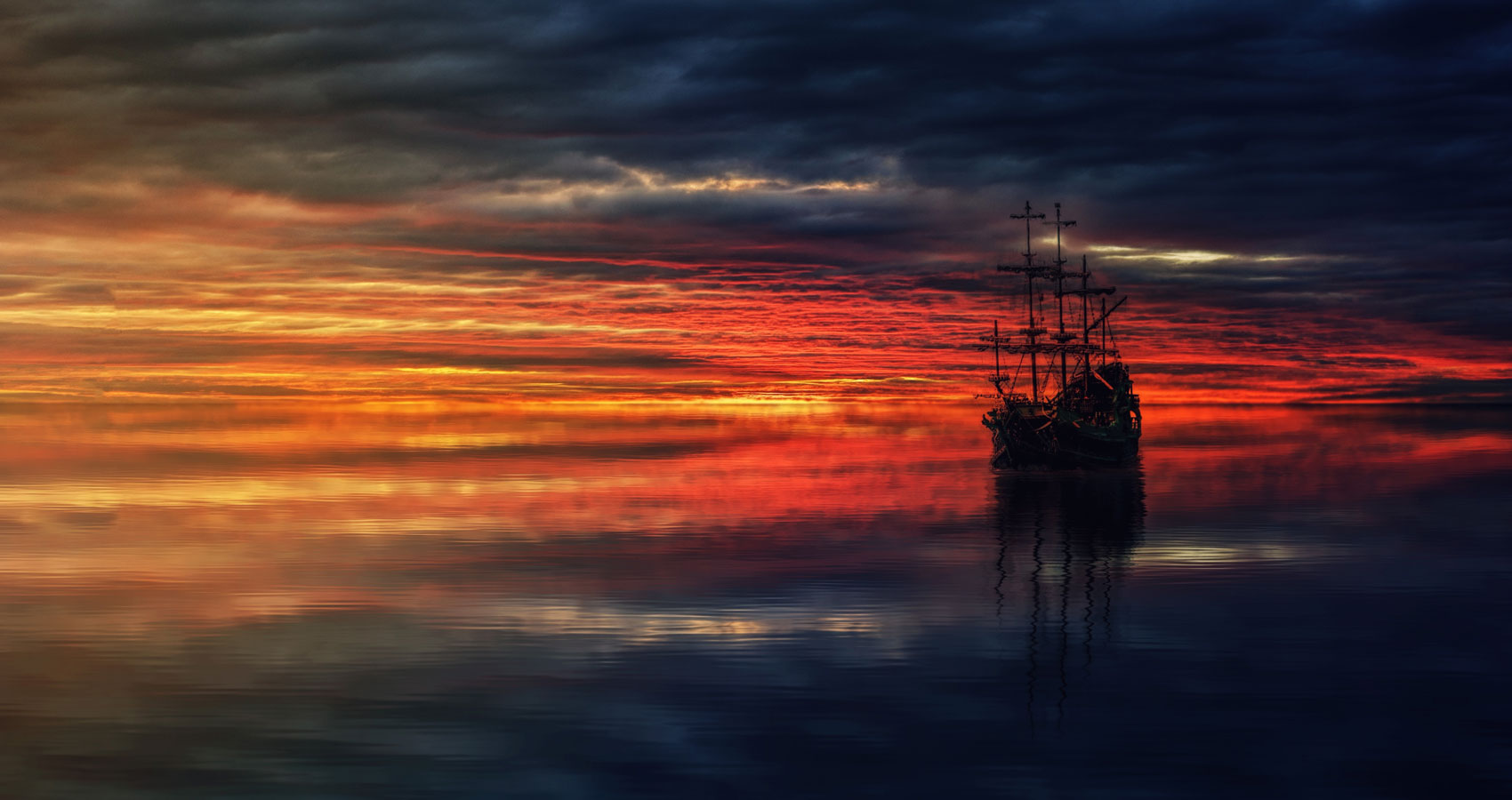 My ship not under command
wobbling on the sea of the world’s
collective tears
ravaged by the winds made up of
million people’s moist sighs
her steering gear broken down
and my trusts severely busted
I hoist the two red lights on my mast
and proceed to plot a quick fix.

I unroll you and spread you
carefully on my chart table
roll my parallel ruler
on your compass rose and
draw the course from my last DR*
and mark my current estimated position.
But I am not sure how far
have I drifted while riding the high tides
and how much have I been dragged
by the ebbing streams.

I look for the stars in your eyes
and find the Great Bear in all its glory
that soon changes its shape
to become Cassiopeia’s chair.
The Cygnus and
the Orion
interchanging their positions
in rapid succession
make it difficult for me to shoot
a Rigel or a Deneb
but somehow I capture
an unruffled Polaris
shining meekly but steadily
and plot its altitude.

I am glad I got my latitude
but with all other stars
mocking at me and playing truant
and a moronic crescent of a moon
taunting me and
prancing on the vagrant waves
dying off in the distant horizon
how do I get the other position line
that may intersect my latitude
and give me my other coordinate
my longitude?

* DR – Dead Reckoning position based on course and speed only