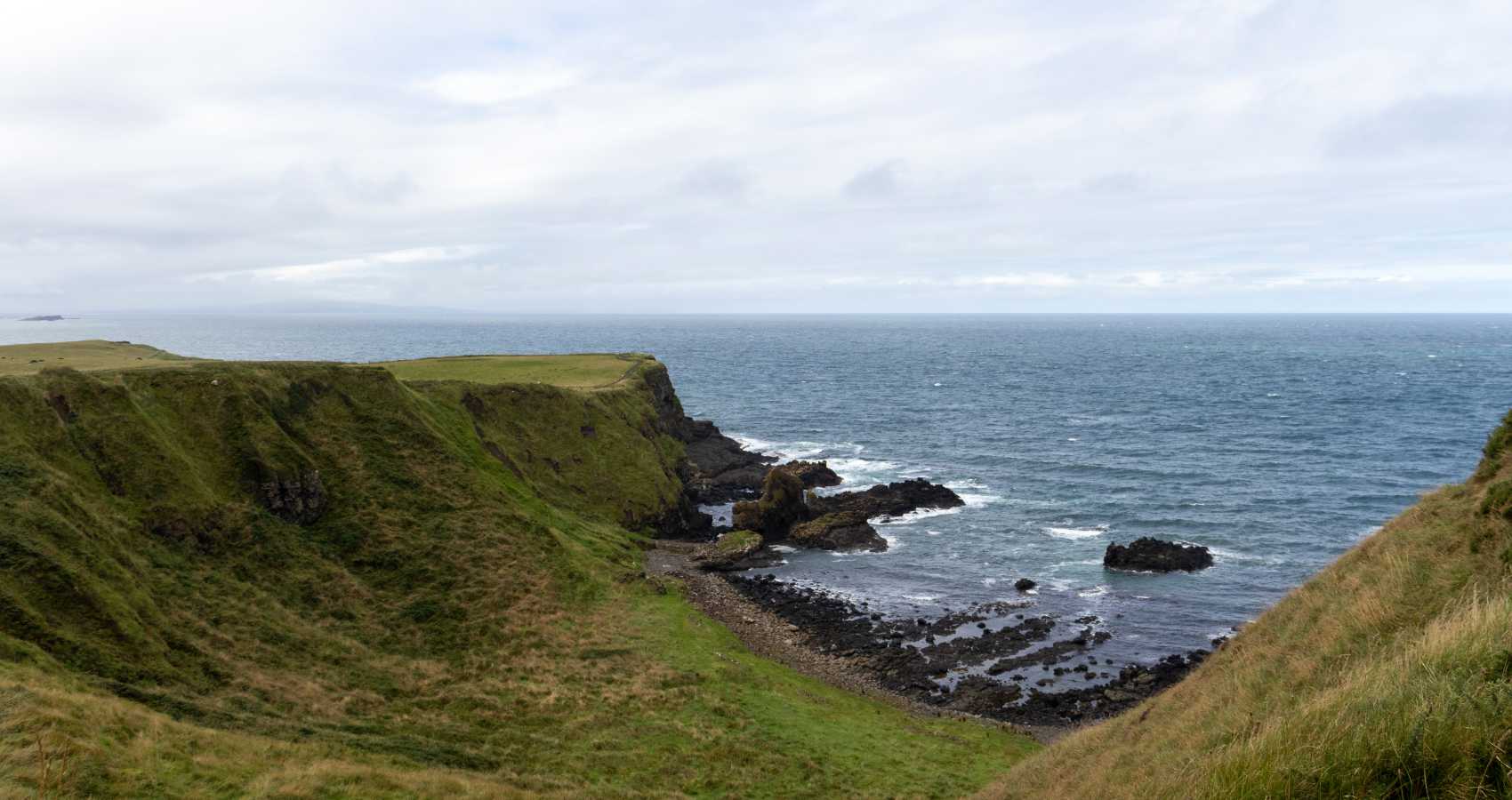 Victor had lived with his mother all his life in a small red bricked cottage close to the sea in Skerries, North Co. Dublin. Victor stood now at his full-length mirror and checked himself out once more. He was attractive enough he supposed with dark hair and it had been said he had a touch of mystery in his eyes. He knew himself that he lacked confidence and the tricks of dressing up to impress the women. But he did keep himself clean and knew that women were not repulsed by his looks and demeanour. It was more his lack of chat up lines and his air of insecurity that prevented him from forming relationships. Victor was heading out on a blind date and it was the first time he had ever done this type of thing in his 53 years. His mother, bless her had passed away over a year ago and Victor’s colleague Dean had persuaded Victor to go on-line in search of a woman to pass the remainder of his life with. He was dressed now in grey slacks and a white shirt, black shoes all shined up especially and he flung a black jacket over his shoulders in an effort to look cool. He felt anything but cool and could feel the beads of sweat forming on his forehead as he tried in vain to stay calm. He was to catch the 615 train to Dublin and was glad once again that his mother had bought a house close to a train station. As he banged the door and finally set off down the path he let his mind drift back to his strange childhood and the bizarre way his mother had raised him.

His mother was an unusual woman for her time in a role of single parent. She never did disclose to Victor who his father was and somehow, they both seemed happy with the silence of the matter. Instinctively, Victor knew that there was no way that Elsie wanted to talk about it and that by knowing his father or talking about it would not enrich his life in any way at all. And so that’s the way it was and the subject was never mentioned by either his mother or his ageing grandparents when they had been alive.
Elsie although a single parent was not poor as her parents were wealthy people and so Elsie and Victor wanted for nothing. But Victor did feel a pang of jealousy and loss at times growing up as he watched other lads heading to football matches with their dad or kicking a ball in the park on a Sunday. His eyes often filled with tears of self-pity as he watched other fathers with their sons and his stomach would ache and heave with envy and longing. He really did feel the loss of a male role model and today he felt it again as he headed out for this very scary first date. He remembered his mother’s solemn face and rather prudish ways towards men and he realised now that maybe it was a case of once bitten, twice shy. She had been attractive enough with blondish curls and a slim build but although he felt sure she had been lonely while raising him she never complained or mentioned men in any way. He knew she disapproved of single women dating while child rearing. She was very strict on Victor and ruled the roost with a strong hand and a firm beady eye was kept on Victor at all times.

“Victor, please don’t bring girls into the house when I’m not here.”
She would say during his teen years.
“Fat chance, as I don’t even speak to girls.”
Muttered Victor under his breath every time she said this.
Mother or Elsie would insist that Victor go to mass with her on Sundays even when he was 17 or 18 and he often heard snorts of laughter from other teenagers as he plodded back down the aisle from communion behind his mother. He really was on the outside of this world. He went to school and he played the piano at the community centre on Tuesdays when other lads were playing soccer or loitering around the fish and chip shop eyeing up the girls.
So, life continued in a hum drum way for Victor and the highlight of his life was visiting his grandparents in Malahide on Sundays or going to the odd movie with Elsie. Although he did not get into any trouble or anything he never really experienced friendship or “lads” time or sibling rivalry and so he was sheltered. Anything Victor did learn about other young people was from eavesdropping on their conversations and from magazines. He started hiding magazines under his bed at age 16 as he knew Elsie would consider them trashy. Puberty and the awful trials of adolescence were stumbled through by Victor and he thought sadly now how green and innocent he was when starting college.

Victor attended University College Dublin and studied Accountancy and once more while he was not exactly unhappy in College, he more or less sailed it alone. He chatted to one or two people at times but never formed a bond. By this point Elsie was beginning to fail health wise and when he was not studying he was caring for his dedicated mother. His grandparents passed away when he was 23 in close timing of each other. He remembered the black loneliness of feeling totally alone with Elsie then and the realisation that while she had given her life to him, she had not given him the freedom to develop as a person.
Now he was employed by a firm of Accountants in Stephens Green and had miraculously made a friend for the first time in his life. Dean O’Connor was the most unlikely accountant in Victor’s view. He was not the cliché, boring and sensible and in fact was quite the partygoer and a bit of a womaniser. Victor could not help liking Dean with his infectious laugh and boundless energy for the opposite sex. They were like chalk and cheese but somehow hit it off. It felt good to have a friend at last and Victor began to see that life could be fun. Often Dean would take him out to a club on the weekend. Victor however did not engage with women on these outings and was more than happy to watch Dean in action.
One morning as Dean and Victor sipped their coffees in the office before starting into their heavy workload, Dean suddenly brought up the subject of Victor and women.

“Victor, I know you find it hard to approach women at clubs, etc but why don’t you try going on-line. There are very nice women on-line these days and at least you can talk to them at your own pace. It’s time you started enjoying life. Your mother is dead and the world is your oyster man.”
“Emm well maybe but where do I start.”

Victor blushed even at the thoughts of it all.
“I can set you up on-line Vic and we will just see what happens, you’re a fairly attractive guy. Women will love your reliability and kindness. Why I bet you’re even romantic under that nervous exterior. You just need the right woman.”
And so, it began. Victor Browne’s profile was firmly lodged onto several classy websites where professional women seeking to meet an eligible man had posted endearing pictures and information about themselves. The search was on for Victor Browne to find a woman.
As Victor got off the train at Connolly Station his heart pounded. He told himself that at least he had been honest in his chats with Rosa, a dark-haired single mother of twin boys. He had let the lovely nurse see who he was in his e-mails and on the phone and so at least there would be no surprises. She in turn had been honest. She wanted a decent man who would help her raise her boys.
As he followed the crowd out of Connolly Station he fleetingly wished his mother had done the same. Victor was hit with the sad realisation that his mother in her endeavour to be the best parent had somehow robbed them both of so much.

Hello, My name is Maria. I was raised in a small fishing village in North Dublin, Ireland. The village is called Rush and I lived overlooking the harbour where I plotted and penned many stories as a child. I have always dreamed of being a full-time writer but life has been busy. I am now at age 57 finding a lot more time as my family are grown. I have written a collection of short stories, several memoirs, essays and some poetry. I belong to a very active creative writers group in Drogheda, County Louth and we perform locally in such places as the Droichead Arts Centre and the local gallery. I am currently ghostwriting a book for an old man who has lived an amazing life. I would love to write a novel and a play/screen play some day. I guess that is the dream. I am inspired by Nature, especially the sea, the very interesting people I have met in my colourful life and also by such things as the meaning of life. My favourite place on earth to write is the 'Beara Peninsula' in West Cork (Ireland). It is my writing paradise.