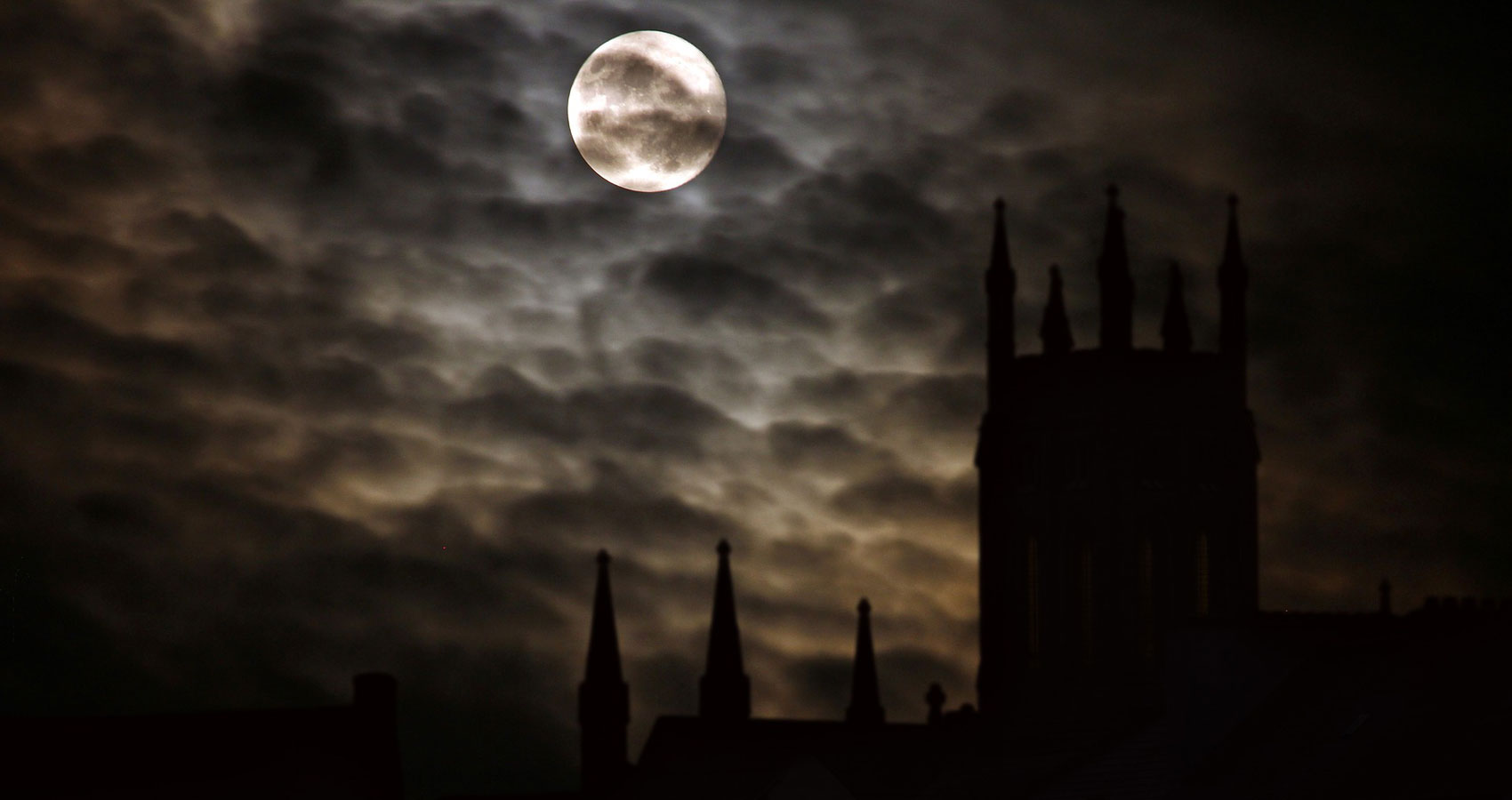 Meanwhile, at the Halloween dance, everyone is dancing the last dance as Albert stands awkwardly, devastated, looking up at the clock that reads 11:57 PM, walking toward the door.

On the large zelevision screen, the couples watch Zizadore perform as they dance.

Zizadore begins singing a ballad but as she watches the clock tick away, she speeds it up as a rapid-fire rap.

Albert looks at the door and decides to leave, walking slowly into the darkness of the last moments of Halloween as Damiana and William and the rest are finishing the last dance.

At the Judges’ Table, a row of teachers is watching the couples dance, including Lady Pinkerton and Mr. Dreadles, scoring them.

Onstage, at “Talent Across The Galaxies”, Zizadore has finished her song to thunderous applause, and the emcee walks up to her.

“That was Moonflower– We have our scores”, said the emcee.

“I’m sorry, I have an important date and I have to go now!”

Zizadore grabs Zolly and Zibbles and signals to the zunnies to attach themselves to her as a cloak, casting a spell.

“With all the magic of love in my heart, bring me to Albert!”

Zizadore’s shoes fire up like two rockets and Zizadore soars through the zelevision camera to the amazement of the crowd.

“Well, if she had waited one more minute,” said the emcee, “she would know– the winner of this first time ever Sudden Death round is– Moonflower!”

Back in the secret laboratory, Zizadore and the others fly through the computer screen, crashing onto the floor in a pile. They all get up.

“Get in the SmartChairiot!” said Zibbles, “I’ll put on my high beams.”

They all get in. Zibbles blinks his eyes until they are high beam headlights as Zizadore presses the turbo button.

The SmartChairiot shoots straight up like a rocket through the skylight.

The SmartChairiot soars across the kingdom like a shooting star across the sky, accompanied by an entourage of unicorns on either side, glowing in the reflection of the full moon.

Seeing the Royal Police Department in the distance,

The SmartChairiot soars down and hovers as Zizidore takes the photographs and runs to the front door.

Zizadore rushes in and sees the detectives and hands them the photographs.

“Here’s the evidence you need. The wire cutters are in a box in her bedroom. Please arrest Demonia and Damiana immediately!”

The detectives look at the photos, shocked.

Zizadore runs back out and into the SmartChairiot. Not one second to lose.

In the Castle Hill High auditorium, the last dance has ended, votes tallied.

The winner is being announced, as Lady Pinkerton is on the stage:

“And the winner of Best Couple is– Princess Damiana and Prince William!”

As Damiana and William step onto the stage–

The SmartChairiot crashes through the roof onto the stage, tossing them off.

From the door, Albert looks back and sees Moonflower on the stage.

“I’m so sorry I’m late but there must be one more dance before midnight and I would be so honored if Albert Appleby could join me for a dance. Albert?”

Albert turns and walks toward the stage. A bit stunned, he walks up to applause from the crowd.

Zizadore stares at the clock, whispering a magic spell until the clock breaks, still at 11:59 PM.

Albert stares at Zizadore, in disbelief, not recognizing her.

She moves hair from her face, revealing the “Z” on her cheek.

“Nothing would make me happier.”

“I was hoping you’d say that.”

They dance as the music swells.

Damiana and William are furious.

Now at the front door, Demonia storms in, followed by the royal police officers. She runs to the stage, raising the Sword of Justice to Zizadore.

“Stop her, she’s a sorceress. She must be put to death!”

From the side entrance, in run the detectives–

Demonia is bringing the sword to Zizadore’s neck-

“With The Sword of Justice, I behead this sorceress–”

As the blade is about to cut into Zizadore’s skin, lightning strikes, the sword catches fire, melting, bubbling, boiling back onto Demonia, reshaping as chains searing into her neck as she chokes on her words-

The detectives place handcuffs on Demonia and Damiana.

“What proof could you possibly have?” asked Demonia, writhing in pain.

One detective shows Demonia the photographs. Demonia has a heart attack and falls to the ground to the gasps of the crowd. Damiana is in shock.

The other detective handcuffs Damiana as she is trying to escape.

“You’re under arrest for conspiracy to commit murder–”

“No, this isn’t supposed to happen– I’m a princess!” Then after a beat of realization “This is not happiness to be me…”

This publication is part 12 of 13 in the series Zizadore