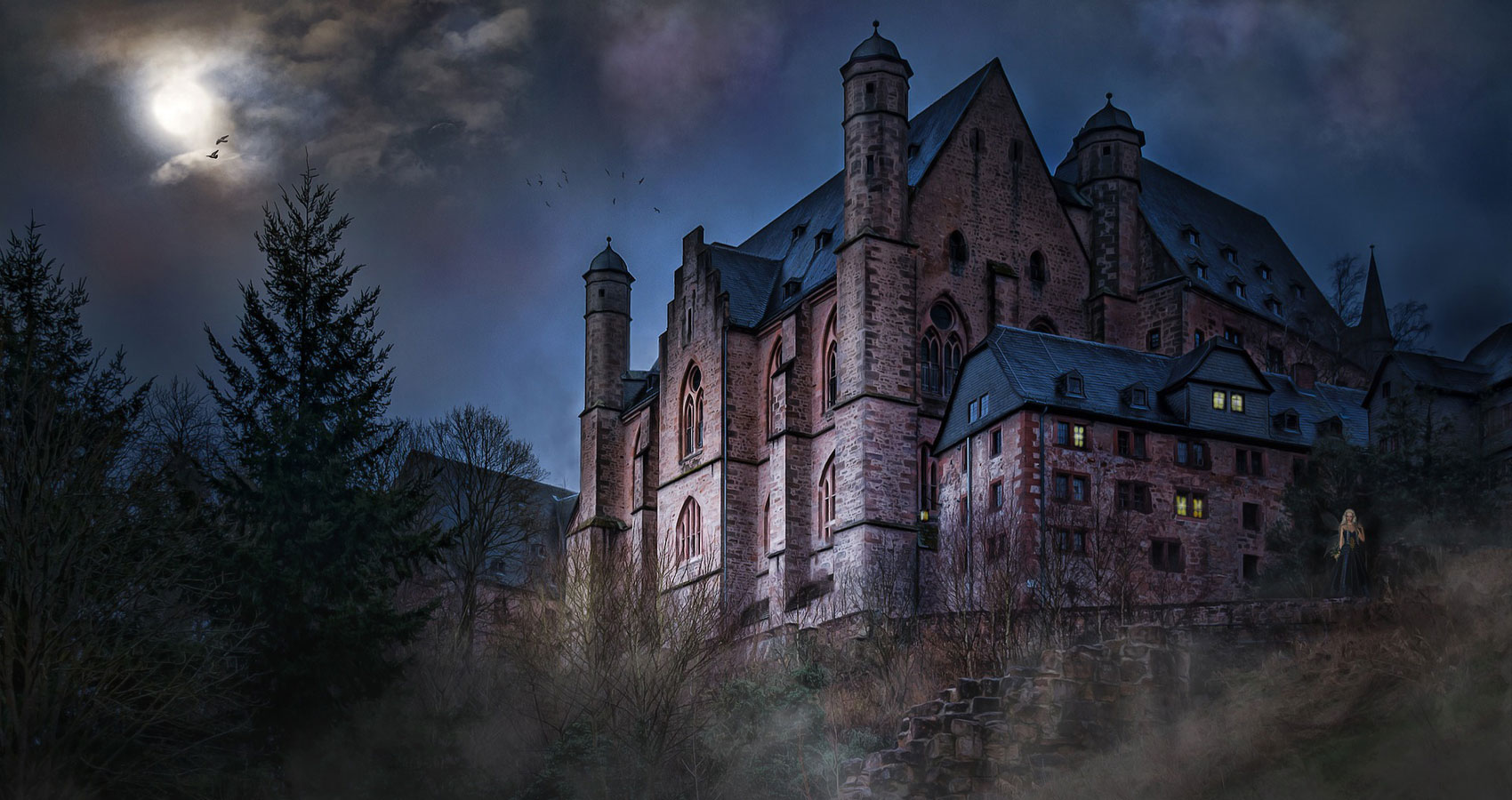 At the same time in Zancerwell at Castle Hill High auditorium, Halloween decorations everywhere and all the students and dullies are paired up except for Albert, passing out punch to couples, eyes fixed on the door waiting anxiously for Zizadore, glancing up at the clock which reads eleven forty-seven.

Damiana and William make a grand entrance as Damiana greets friends then walks onstage where a deejay is playing music and takes the microphone.

“Welcome to the Castle Hill High Halloween Dance! As you all know, there will be a prize for Best Couple so start dancing, enjoy the refreshments. Also, as an extra special treat, I have been working very hard to bring the winner of ‘Talent Across The Galaxies’ to fly in for a special midnight command performance. I will keep you posted!”

Applause from the crowd. Everyone begins dancing. Albert looks up at a giant clock, then shakes his head, sadly.

Backstage at the zelevision studio, Zizadore and the others are dressed, ready for the finale. The stagehand rushes in.

“We’re ready for you, Moonflower–”

Now onstage in front of thousands of screaming fans.

Zizadore is standing next to the band Mars Without Borders.

“Welcome to the finale of ‘Talent Across the Galaxies’, said the emcee. “The votes have been tallied– and for the first time in this show’s history– we have a tie! Mars Without Borders and Moonflower scored the top votes. And in the case of a tie, both groups must perform a Sudden Death round to be judged and scored live.”

Zizadore panics, looking at the clock. Only minutes before midnight. Tick tick tick.

“We don’t have another song–” said Zizadore.

“After this short break, Mars Without Borders will perform,” said the emcee.

Back at the Halloween Dance, a big screen zelevision is airing the contest.
As Damiana and the others are watching.

“Due to a scheduling conflict, the winner of ‘Talent Across the Galaxies’ will not be able to perform so we’ll move up the last dance for judges to determine the Best Couple of this year’s Halloween Dance. The last dance starts in five minutes.”

On the big screen zelevision, everyone watches Mars Without Borders performing.

In the wings watching as well are Zizadore and the others, frantically trying to think of another song.

“What are we going to do? I don’t have another song–”

“What about that song your papa used to sing to you when you were little?” asked Zolly.

“I don’t know if I remember the words– and what about the dancing?”

The zunnies all improvise every style of dance.

“Freestyle– okay, let’s make it short. A two-minute song, max. I hope I know it by heart.”

The stagehand pulls Zizadore toward the stage.

“You’re on, Moonflower,” said the stagehand.

Zizadore and the others walk onstage as the emcee is standing with Mars Without Borders, enjoying the applause from the crowd. The band bows and exits as Zizadore is now standing next to the emcee.

“Wow. Hard to beat,” said the emcee. “Now our overnight success with her newest song– so new it doesn’t have a title–”

Zizadore leans into the microphone.

“It’s called ‘Magic of Love’, a modern version of a song my papa, a scientist and inventor, used to sing to me as a baby.”

Zizidore looks into the audience and sees Zack, Zelda and Grandma Zizi in the audience applauding and cheering her on as she begins to sing.

This publication is part 11 of 13 in the series Zizadore