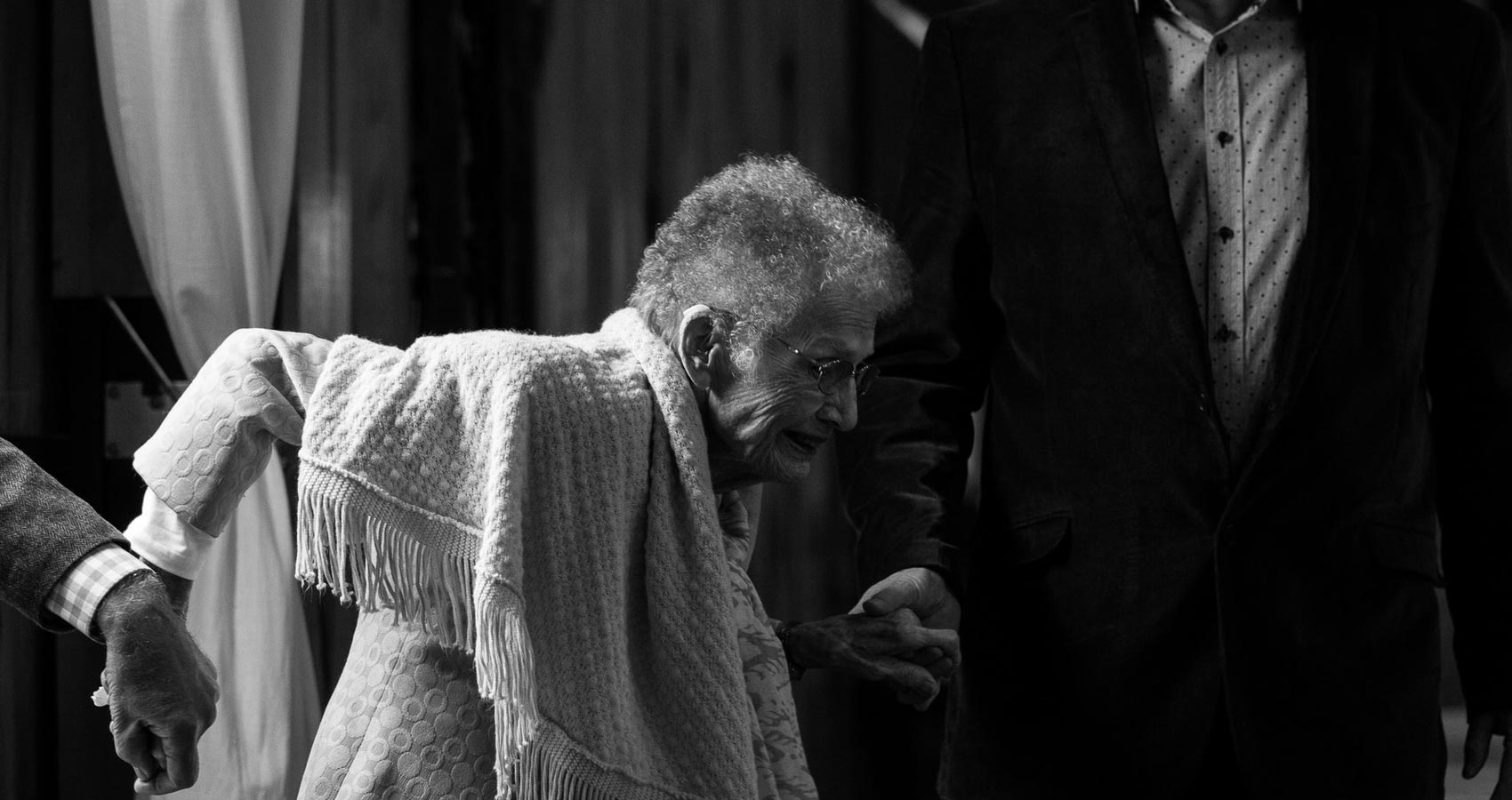 A QUESTION OF CONSCIENCE II

A QUESTION OF CONSCIENCE II

The Reality of Aging and Caregiving

‘I and my wife, at last, visited the old age home in our locality for donating all the old clothes that we had been accumulating over the past few years. Though my wife had been reminding me from time to time, my inertia had got the better of my altruistic motives. It had come to a point where there was no more space in the house to store them. Our intentions were good but the execution was flawed. We had been postponing this due to sheer lethargy, and that is how all the good things that you want to do never get done. It requires tremendous effort to veer away from the normal course of leading our lives and take up an activity that would require us to compromise on many of the comforts we have been enjoying. I realized that I was all talk and no action, despite my self-proclaimed empathy. I have avoided the beggars, on the streets, on the doorsteps of the temples, at the traffic junctions, and when they tap on my car windows. I avoid looking at them because I feel uncomfortable. You are really not sure as to who is a genuine sufferer and who a fake. You do not want to be taken for a ride. What is the option if you really feel and want to contribute to the alleviation of this suffering with whatever resources you have with you? I keep asking myself as to how and what difference I could make. I have always shied away from taking the final step.’

This is an extract from my book ‘I AM JUST AN ORDINARY MAN’ published six years ago. If you ask me how far I have proceeded thereafter, the reply is, not much. Whenever I read what I have written it’s with a sense of unease. It’s all words and no deeds – a question of conscience perhaps? Or rather pangs of conscience.

When I wrote about the old age home, it was a home for the destitute. People who have been abandoned by their near and dear ones, to be taken care of in homes set up by some charitable trust.

I had earlier made a review of the book ‘Being Mortal’ by Atul Gawande. This book disturbs you. It lays bare the reality of aging and increasing dependence. In the chapter ‘Dependence’ Gawande says “It is not death that the very old tell me they fear. It is what happens short of death – losing their hearing, their memory, their best friends, their way of life.” He says we do not think about the eventuality that most of us will spend significant periods of our lives too reduced and debilitated to live independently. As a result, most of us are unprepared for it.

In the beginning of his book, Gawande talks about his grandfather who lived till the age of a hundred and ten years and ultimately passed away surrounded by a large family in the midst of the people he loved and in his home. He says “My father’s father had the kind of traditional old age that from a Western perspective, seems idyllic” He continues “But in my grandfather’s world, how he wanted to live was his choice, and the family’s role was to make it possible”. In a splintered world this is definitely idyllic if not an impossible situation.

In ‘The Philosophy of Loyalty” written by Harvard Philosopher Josiah Royce, Royce wanted to understand why simply existing – why being merely housed and fed and safe and alive – seems empty and meaningless to us. What more is it that we need in order to feel that life is worthwhile? The answer he believed is that we all seek a cause beyond ourselves. This was to him, an intrinsic human need.

Some time ago I dropped in at my friend’s place as it was some time since I had seen him (all this while I was waiting for an opportunity to visit him). When I enquired about his mother, he took me to her room where I found her lying on a cot totally immobilized. There was a nurse in attendance. My friend then told me “She has been like that for more than a year now, partially paralyzed and failing eyesight. Of course, over the years she had been suffering from a slow deterioration of her mental faculties. Though she can recollect certain things from the past, the present to her never really embeds itself in her memory”. When my friend told her my name there was a faint acknowledgment with her movable hand. When I leaned close to her, she said in a faint voice “why God does not take me away, why does he make me wait like this?”

We now have hospices, palliative care and assisted living for those whose children can afford it and have the inclination to do so. At the higher end of the spectrum, we have senior homes where you find those who have opted to be there and have the resources to do so. They come in two categories – those who treasure their own space and live within a community as they age, and those, whose near and dear ones are in a faraway land for whom it is possible to come down and meet them once a while. In these cases, despite the loneliness of living alone, there is always the comfort that there is someone and a sense of belonging. What about the destitute you find on the street? The luckier ones are those who have been taken to the doorstep and abandoned thereafter. What about the man on the street? Left to himself on the pavements, living on the scraps and leftovers and the charity of passersby, too infirm to do any sort of labor that could sustain him to an extent, to one day disappear: an inconsequential existence. Is it possible to alleviate or decrease such an existence, or do we just let it be, for we convince ourselves that’s what life is about? A philosophical musing indeed! As long as poverty exists the disparity in the quality of life will continue. But in a country as diverse and populated as India to what extent can these disparities be removed? Is it possible? It is a Catch-22 situation. But should it be? Can something be done collectively? There are of course individuals who from their own experiences of tending to an aged parent or a spouse, strive to find ways and means of improving the quality of life of the old and infirm. A welfare state should address this problem for as the years progress the gravity of the situation will only increase, with an aging population. It is not only a question of Individual conscience but in the larger scheme of things it is a Question of Collective Conscience.

That day before I left, my friend said “It is very difficult watching her suffer like this. I should not say this, but the truth is I am also waiting for her to pass away so that she is spared of further agony.” I felt sad for him.

This brings us to another question – When there are no means of extending life even when it is known that the patients have passed beyond a stage where subjecting them to painful processes will only end up in extending the suffering without allowing them to go in peace, is Euthanasia an answer? Another question of conscience perhaps?

This is the second in my series ‘Questions of Conscience’. While the first, A Questions of Conscience tackled the problem of the migrant, this is about the Reality of Aging and Caregiving. A welfare state should address this problem for as the years progress the gravity of the situation will only increase, with an aging population. It is not only a question of Individual conscience but in the larger scheme of things it is a Question of Collective Conscience.

NOVEMBER 2020 AUTHOR OF THE MONTH at Spillwords.com
I explore through all my books the reality of human existence, whether it is aging and loneliness, infatuation and love, or finding authenticity in one’s life. I am also an active book reviewer. An Engineer from the Indian Institute of Technology, Kharagpur, India, by qualification and a Banker by profession, I retired from the State Bank of India in the year 2010 and settled down in Chennai, India. After retirement, I have been devoting my time to writing. I also write regularly on my blog ‘Sublimation’ covering various topics ranging from art, philosophy, and culling out slices of life from my various encounters which have found their way into my books more specifically ‘Darkness and Beyond’. My published books include: I am just An Ordinary Man, Darkness and Beyond – A Medley of Many Lives, Autumn Leaves – Seasons of Life, Secrets of the Soul – A Journey in Verse.