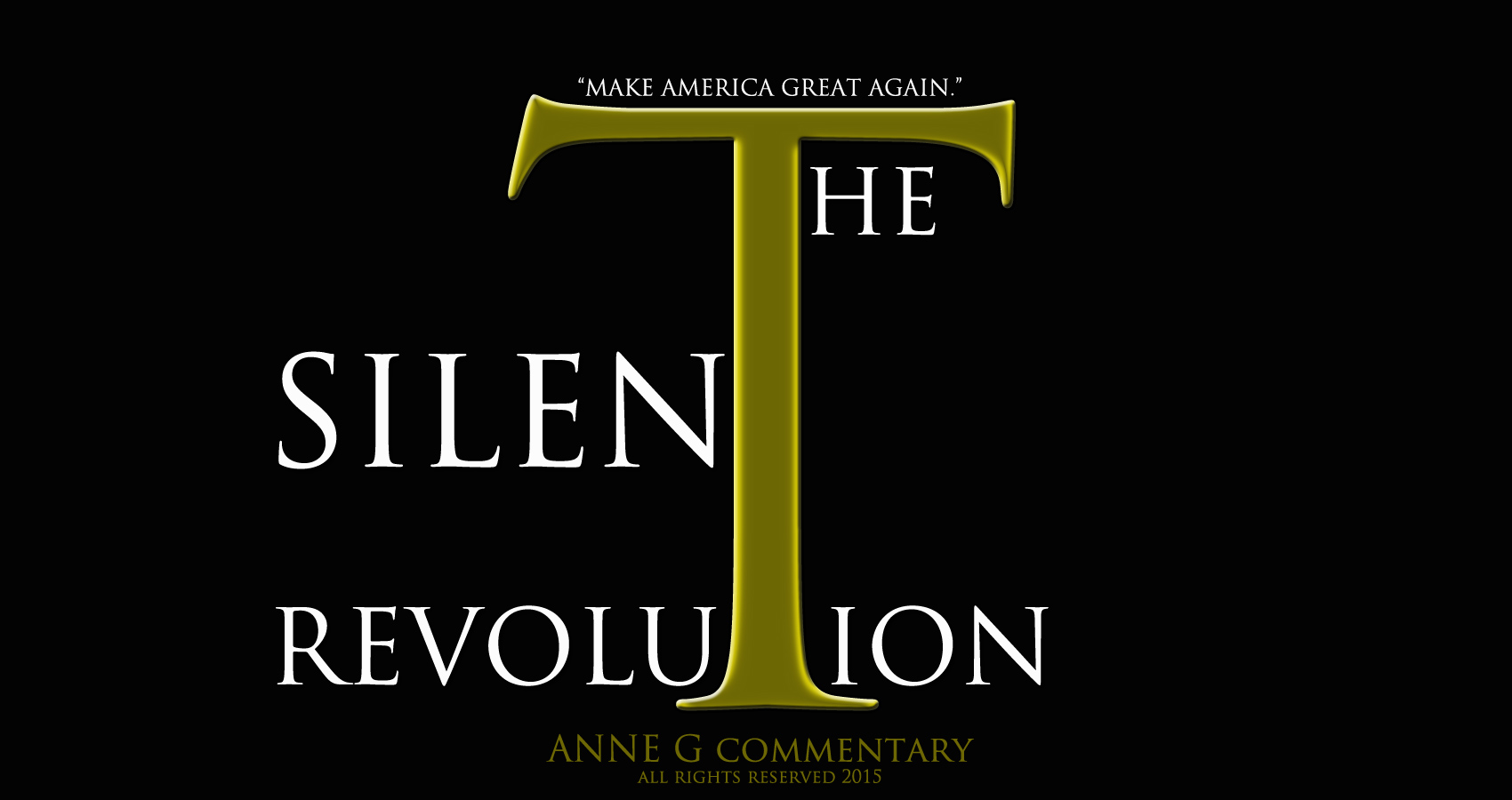 A silent revolution has been slowly building and mass media and main stream politics are to blame. It is becoming abundantly clear that Americans are fed up with the “business as usual” attitude that has been prevalent for decades. Americans are demanding a radical change.

Political correctness, complacency and the unwillingness of our governing bodies to work together have created enormous discontent. The proof of this is Donald Trump, who continues to surge ahead in the polls. His campaign continues to gather steam and grow in popularity despite and in spite of his “straight talk”.

The deliberate manipulation of relevant news by the Media and the arrogant and entitled  attitudes of our political parties have provoked Americas collective ire. Americans are “mad as hell and … not going to take it any more”.

The truth is that the media and Washington D.C. are out of touch and have deluded themselves that their “happy days” have no end. Wrong!

Americans want a strong and healthy United States of America. They want our country’s reputation, credibility and solvency restored. Americans works harder and longer than any other, and witnessed their nation weakened by the pervasive ineptitude of its politicians, exacerbated by the relentless ranting, biased news coverage, lies and half truths of our news organizations.

This was reinforced by the GOPs first debate, catalyst of a firestorm so great, it has awoken the “Sleeping Giant”; the American people.

“Sometimes your greatest words are the easiest misconstrued” – Ty Curtis

Donald Trump has told us “I want America to be great again”, and Americans have answered the call. It matters not his manner of speaking or the fact that he is not politically correct. The fact that he calls a “spade a spade” seems to be part of his growing appeal. The fact that he is not a politician makes him an extremely viable candidate because most Americans know that there will be absolutely no change if a politician of the “status quo” becomes the chosen candidate. Furthermore, the idea of a true capitalist taking the reins, is the promise of renewed prosperity in the face of the overwhelming debt we own as a nation.

Trump is the antithesis of “business as usual”. He “tells it as it is” and whatever skills he may lack as a public speaker he more than makes up for with his ability to create opportunities for prosperity and positive change. His unwavering patriotism is unquestionable. His love for our country cannot be debated or challenged. Mr. Trump is more than capable of surrounding himself with highly qualified patriots who will, with him, restore America’s brilliance.

The silent revolution has found its voice through Donald Trump and nothing will ever be the same again.