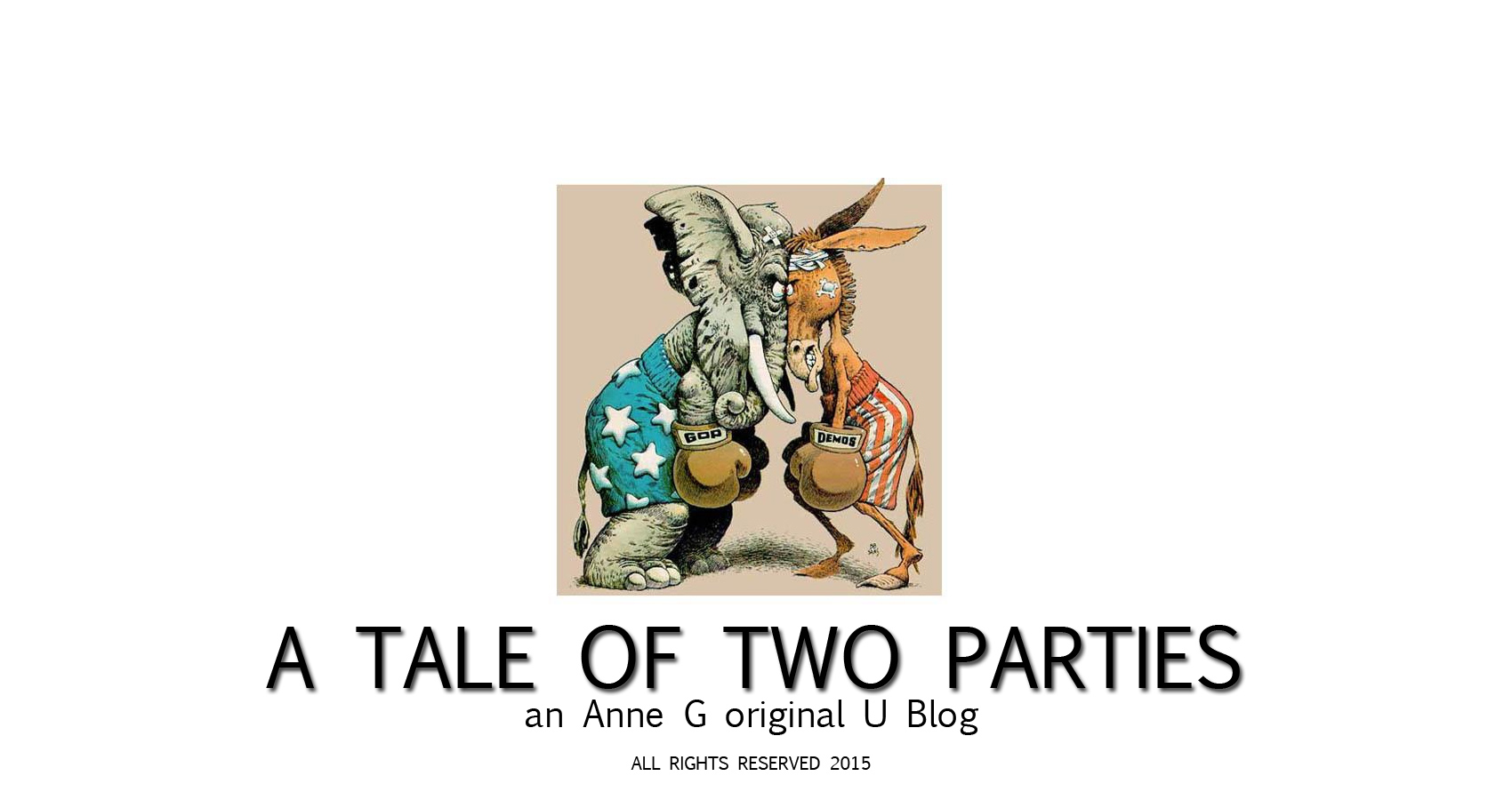 A Tale of Two Parties

A Tale of Two Parties

The United States of America has two major political parties; The Democratic Party and The Republican Party.

The Democratic Party was founded in 1828. It’s origins can be traced back to the Democratic-Republican Party. Since the 1930s it has espoused a socially liberal and center-left platform. In general the Democratic Party supports mixed economics and social justice. It advocates for civil and political rights and liberties, and a welfare state. It’s basic policies are regulation of the economy, universal healthcare (socialized medicine), labor unions, equal opportunity and, consumer and environmental protection.

To date there have been 15 Democratic presidents; Andrew Jackson being the first and Barrack Obama, the current President.

The Republican Party was founded in 1854, 160 years ago. It is also known as the GOP or Grand Old Party. It is preceded by the Whig Party and Free Soil Party. It’s basic platform includes American Conservatism, Free Market Capitalism, limited government and a strong National Defense. It opposes regulation, labor unions and supports socially conservative policies.

Since 1854 there have been 18 Republican  presidents. Abraham Lincoln was the first and George W. Bush the most recent.

Democrats and Republicans swing far left or far right; there is no middle ground for either party. Hence the American people for whom they work have been forgotten; quite frankly, neglected. Promises made have been broken and oaths taken to work for, protect and serve the citizens they represent are null and void.

In order for our country to continue to progress and prosper, it is imperative that the balance of our democracy be balanced. Both parties have to come together to restore our stagnant and at times dis-functional government and repair our globally tarnished reputation. We are living in dangerous times; the battering rams of our enemies are threatening to bring down our defenses and change our way of life.

The stakes have never been higher! We must present a united front at all costs. The Donkey and The Elephant must come together for the greater good of it’s constituents and the values we hold high. It is incumbent upon both parties to revisit their origins and the visions of those who founded this great nation.

This is not the Tale of Two Parties but the history of the greatest democracy ever known; The United States of America.

Now is the time to stand up and salute “The Red, White and Blue” for “United We Stand, Divided We Fall”!