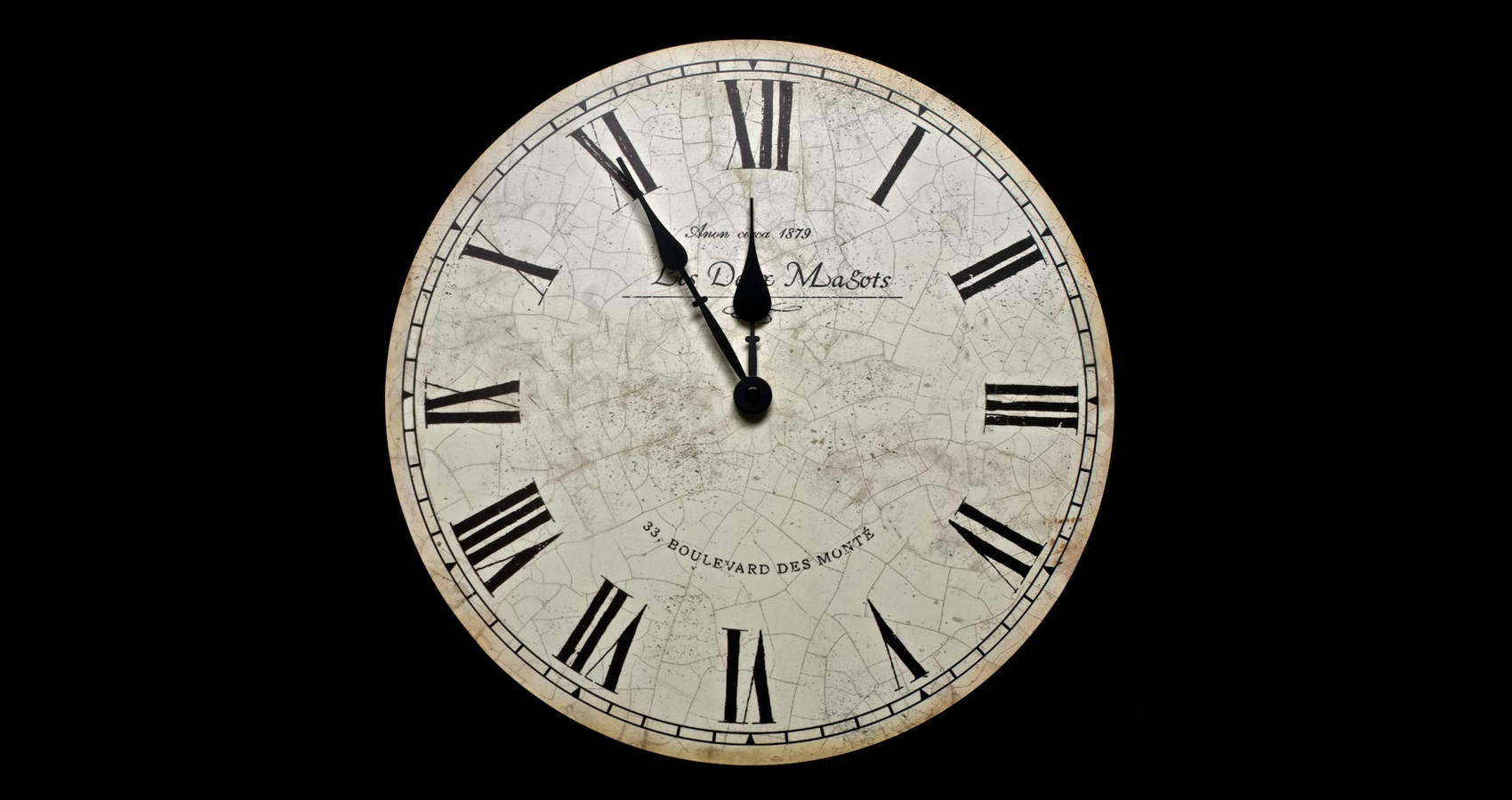 I thought Frannie was becoming a bit of a hypochondriac as she had been complaining about how tired she was and how she had a permanent sore throat for months. And now she was moaning about a toothache. I must admit I was a bit fed up with her bellyaching. We were on our way to see Harry Houdini at The Poli Palace, and I had had to beg Ma to let me go. Now watching Frannie press her hand to her face as if she was holding herself together, I felt she was ruining the occasion. So I snapped, “Just go to the dentist. I’m sure if you let him pull your bothersome tooth, it will be better for all of us”. My brother Randolph was accompanying us, and he shot me a murderous look and gave her his handkerchief to hold to her cheek. Poor Randolph, he was always sweet on Frannie.
Of course, now I wish I could wind those words back like a clock that can untell time. Frannie went to the dentist, and he did pull the tooth, but tragically part of Frannie’s jaw came away with it. The dentist told her Ma he’d never experienced the like before. So poor Frannie was left with a hole in her cheek, and she rotted from the inside out. She was twenty-one when she died. Nobody could explain why, and the not knowing caused more pain.
Frannie and I had started at the Waterbury Clock Company together. They had advertised for girls with nimble fingers to paint the dials and numbers on their clocks. When Pa saw the advert, he said, “Millie, I don’t know who you got your long, slim fingers from, not me or your Ma, but this job is a gift for a girl like you.”
I was so proud and felt special to be spared my Ma’s life. She was a laundrywoman, and her hands were red raw from the soap.
That first morning they taught us to ‘lip-dip’ to speed up the number of ‘luminous sunrise’ alarm clocks we could paint. Maureen, the stout Irish woman who supervised the line, demonstrated taking the fine brush moistening it between her lips, and dipping it in the paint. Next, she delicately painted Roman numerals around the clock face, returning the brush to her lips and painting pot with a rhythm that mimicked the ticking clock overhead. When she finished, she wiped her mouth on a lace hanky and said, “There’s nothing to it. As long as you keep the line running like an egg in coffee, you’ll be grand. And just so yous all know how lucky yous are, people pay good money for ‘Radithor’ to get their dose of perpetual sunshine, but Mr. Benedict and Mr. Burnham are giving all that goodness to yous for free”.
We didn’t know what Maureen was talking about at the time, and we were both too timid to ask.
Later that day, Lizzy Dunn told us that the paint that makes the alarm clocks glow in the dark is laced with radium, and she painted our nails and told us they would be like stars and twinkle at night. Lizzy was full of life; she tapped her feet to music only she could hear as she licked her brush and squinted at the clocks, and she was the second of us to die. Lizzy was dancing at Lakewood Park Dance Pavilion when she tripped, she didn’t fall, but her leg fractured in three places. The Doctors told her she had bone cancer, but they never explained how she might have gotten it. Lizzy never returned to work, and we buried her last year. As we stood at the graveside, the wind gusted, and cherry blossoms fell like a blessing onto her coffin. I think she would have liked that.
After that, Maureen spoke to the line; she told us we didn’t need to ‘lip dip’ anymore, but we would still be paid by the number of clock faces we completed. So, we did try to stop, but we were always down on numbers at the end of the day, so soon, we all returned to licking our brushes. Nobody could afford to take a cut in wages; the money we were paid for a seven-day week was meager as it was.
After Maud and Mary passed, Maureen told us we were not to ‘lip-dip’ anymore. I asked her if it was the paint that was killing us. Maureen said in a tone that brooked no argument, “Jesus, Mary, and Joseph, no, of course it’s not the paint you eejit.” But she never looked any of us in the eye as she said it.
I know I don’t have long left. I felt a pain in my back tooth last night, and when I reached back, my molar came away in my hand. It snowed today, just in time for us to have a white Christmas. I went outside and pushed my fingers into the drift to distract myself from the pain in my jaw. Randolph saw me and came and led me back inside. He has stopped teasing me, and I miss that. Our house is so quiet. Da got rid of all the clocks. As I looked down at my hands, I wish I’d been born with Ma’s fingers after all.

Adele Evershed was born in Wales and has lived in Hong Kong and Singapore before settling in Connecticut. Her prose and poetry have been published in over eighty online journals and print anthologies such as Every Day Fiction, Free Flash Fiction, Ab Terra Flash Fiction, Grey Sparrow Journal, High Shelf, Wales Haiku Journal, Shot Glass Journal, Open Door Magazine and Hole in the Head Review. Adele has recently been shortlisted for the Pushcart Prize for poetry, the Staunch Prize for flash fiction, and her novella-in-flash, A History of Hand Thrown Walls was shortlisted in Reflex Press Novella Contest.