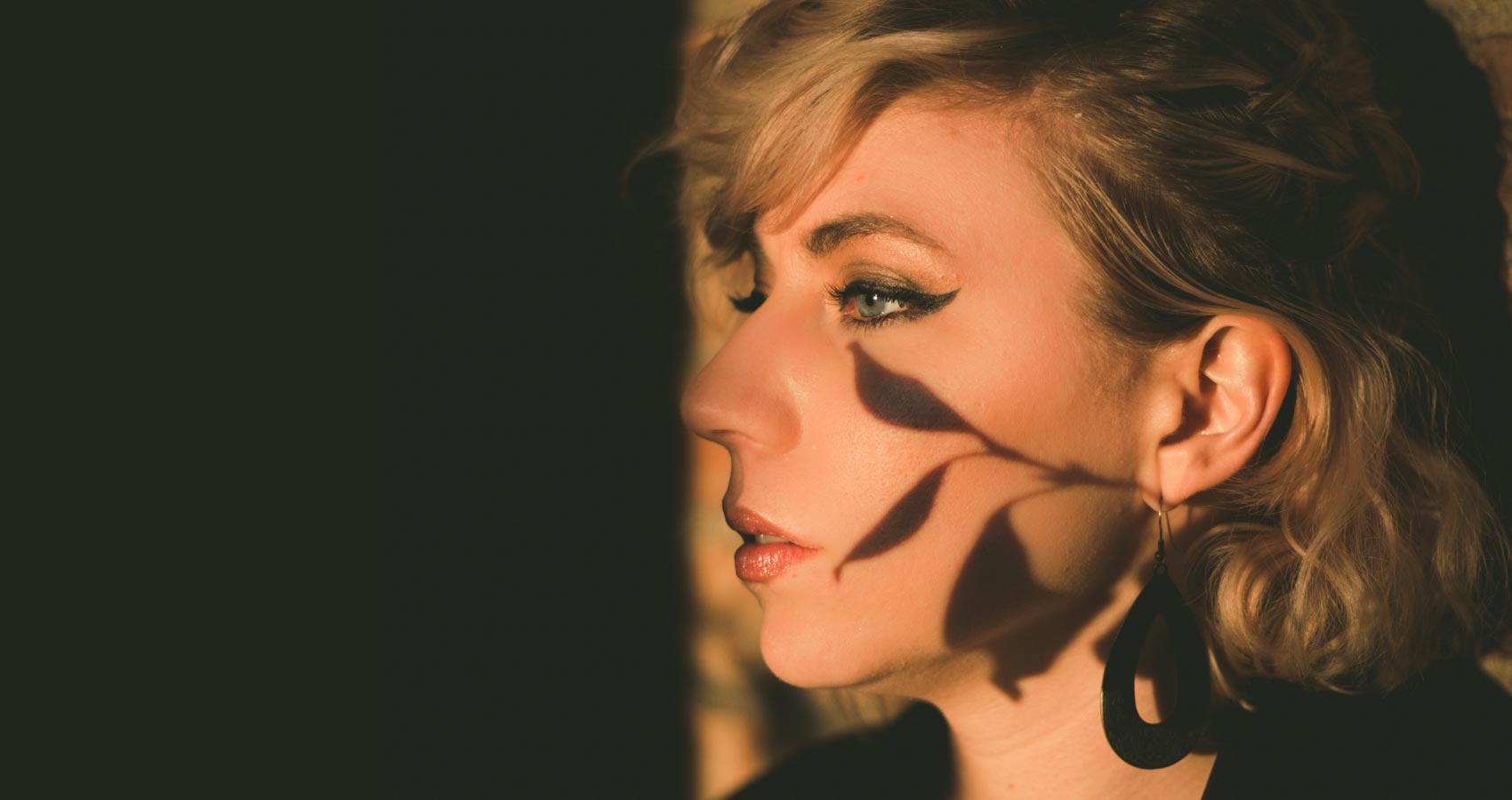 one buck for a bottle of beer;
one of the few bars in town I could afford
to get my drink on.

the crowds always mixed;
half of them drunkards like me,
the other half college students seeking for
a quick buzz and to save some money for next day’s meal.

seven years ago, yet
I still recall vividly, and reverently,
how I hunkered on a barstool, sipping my beer,
afraid to gulp it down for I was running low on cash.

Purple Rain, god’s voice flooded the place,
the students were singing along,
the drunks were drinking.

my gaze fell upon you,
and got stuck.
your short, blonde hair glistening under the dim lights, your
coruscating, green eyes that met mine for a moment
that was meant to brand my entire existence.

I got up, beer in hand,
had no clue what to say;
my heart skipped a beat, when you smiled
and slithered out of your booth.
we met in the middle
of the barroom, only
a couple of meters separating us, it felt as
if we were on different solar systems.

you smiled again,
you wobbled rhythmically to the music;
poetry in motion, a spark enkindled within me.
it was later we spoke; at first,
we just danced, smiling at one another like dimwits.
short of words, overladen with a sudden lust.
we walked out, stood on the knee-deep snow,
shared a cigarette.

still nipping on beer. still grinning even if
nothing funny had been said or experienced.
“what are you doing?” you asked; first time I
heard the melodious voice that still haunts my scarce sober dreams.
“I’m a writer,” I said, and you didn’t laugh. “what are you doing?”
“I’m trying to live,” you stated solemnly, we both
burst into guffaws.

drunk college students enveloped us, they were
trying to impress each other with false, grandiloquent sex tales.
“I’ve got a case of beer at my place; wanna come?” I asked.
“sure. I’m running low on cash, anyway,” you nodded. I wrapped
my arm around your shoulders and we galumphed to the bus stop
keeping each other close, shielding each other from the frigid air.

in the bus, we finally gave up and hee-hawed with the overblown tales
of the soused students; come morning they’d remember nothing,
wouldn’t recall to whom they said what. it was alright
for them, and we were grateful for the laugh.

I handed you a can of beer, we sat
on the unfolded blue couch; we opened the door
leading to the small yard, the algid air forced us to sit
in a tight embrace as we
smoked and drank.

“do you have anything to do today?” I asked as we lay on the couch,
hungover and half-asleep.
“no,” you said and kissed me on the lips.
“why don’t you spend the day here, then?”
“don’t you have a language class to attend?” you inquired.
“it’s already too late, and I’m too hungover. besides, I’ve got a good hang of the language
already, I think.”
“you do. you’re pretty smart, huh?”
“it’s my biggest problem,” I concurred, grabbed two
beers and laid back next to you.

“what’s your biggest secret?” you suddenly asked,
as we finished the fourth
beer of the morning. “the one thing
nobody knows.”
“well,” I sighed, “I’m a big pro-wrestling fan.”
“that’s not a dark secret!” you slapped me on the shoulder, then giggled beautifully.
“it is, actually. I’m this well-read writer,
I don’t go round, telling people I enjoy pro-wrestling.”
“alright,” you resigned. “show me something, then. let’s see what you like,
and are so afraid of people finding out about.”
I grabbed my laptop, we shared the headphones,
watched a Ring of Honor card, whilst still guzzling beer; then,
we switched it to a CZW event and you squirmed, when the
deathmatches came up. we ran out of beer.

“what’s your darkest secret?” I asked after we had
spent almost seven hours lying on the couch, drinking, smoking,
and watching.
“that I don’t have any dreams. you’ve got anything more to drink?”
“nope, I’m all dried up.”
we got dressed, walked 20 minutes to the store; got two cases of beer,
we paid one each, then walked 30 minutes back,
breathless, arms aching, legs numb.
we chugged the first beers warm, too
impatient and perched to wait for them to cool in the fridge.
“you must have a dream; everybody does,” I picked up the conversation where
we had left it.

you slept with me for another night,
we drank some more, smoked some more,
fucked some more. it was pure magic.
the beginning of a chapter I could not possibly imagine
would end so quick and sad.

I still sleep on the same blue couch,
it’s not the same room the first flames of passion
were ignited; it’s the same apartment
wherein the fairytale ended in the most abrupt manner.
your shadow still sits on the couch,
watching me write these lines.
reminding me of that rainy late spring morning
at the graveyard.
other lines were thrown over the wooden coffin,
yellow papers stained with bourbon tears.

that first moment, when we first exchanged a glance;
branded on my mind and for a few years
I was wondering why I kept dreaming about a girl
with short, blonde hair and bright, green eyes.
now I know; repressed memories and they’re all back.
by forgetting you, I managed to survive.
by remembering you, I learned to live all over again.

my first fairytale with a sad ending;
many followed it, I’m
still wondering if happy endings do exist.
they don’t, I know that; I can’t help but toy with the idea.
another stiff drink poured, a toast to the sky,
soon, the apartment will be abandoned, the couch thrown away.
all I’ll be left with will be my memories; the shadows and the ghostly whispers
of the months you were next to me, holding my hand,
even when I was too deep within the brumous forest.