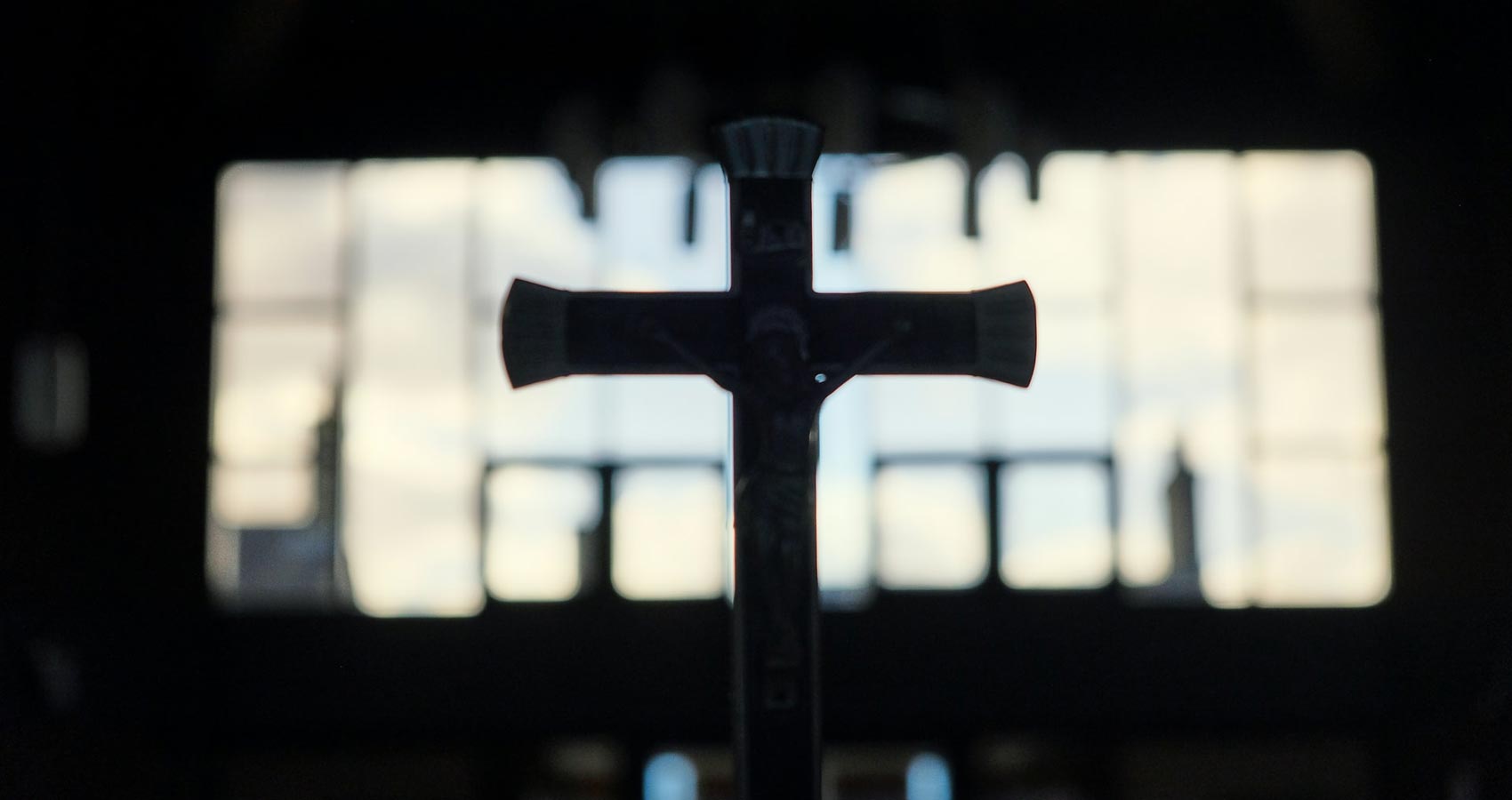 In nineteen fifty-five, I was eleven and unaware I was about to become a member of an exclusive group of young Catholics.

I was with my parents having dinner at the home of their friends. Father John, a Catholic priest from a nearby parish, was there also. After eating, the host’s nine-year-old daughter and I finished watching Gunsmoke and sat in the living room while the adults stayed at the table. She was on the carpet with her cache of marbles, counting her aggies the way Scrooge McDuck counted his money. I sat on the plastic-shielded living room sofa, idly listening to the adult’s conversation.

Father John smoked a pipe that seemed the height of sophistication. He was a lean fellow with closely cropped light hair who sat tall in his black suit and white roman collar. He had a confident, mellifluous voice, honed at the pulpit. He blew thick, curling smoke into the air, then announced his plans to visit the Trappist Monastery on the weekend.

“Maybe Larry would like to come along?” he addressed my parents.

“Ask him.” My Mother answered without hesitation.

“Larry?” he called across the rooms. “Want to come to the monastery this weekend. I need an altar boy.”

Becoming an Altar Boy was an arduous privilege. Not all the boys in the class were invited. You needed decent grades and behaviour. Altar boys, besides pouring the water and wine, had to become Latin scholars. We had some speaking parts.

“Dominus Vobiscum,” the priest would say to the congregation, arms outstretched.

Most challenging was to memorize the Credo in Latin to recite with the priest. It was a ninety-second enumerating of key Catholic beliefs. Several applicants had to leave at this point.

New Altar boys also had to cover six o’clock Mass for their first year. There was prestige in being allowed into the sacristy, the priest’s dressing room, and ample opportunity to sneak a taste of the holy wine.

“I’ll come by your home about six tomorrow evening,” he told me.

I had visited the monastery a couple of years before. An interesting place, inhabited by a group of priests and brothers, who shaved the top of their heads and took a vow of silence. They never spoke to another human, only chanted three times a day. They raised livestock and supported themselves from milk and eggs. My strongest impression, besides waking up to chilly darkness for morning prayer, was hearing them talk to their animals, not covered in their vows. Their voices, usually affectionate, were sometimes strong and angry.

“Come on. Come on,” a burly monk in a heavy wool sweater would shout at a cow.

My parents seemed pleased by the excursion to the monastery. Mom packed me a toothbrush, towel, and a change of clothes.

At six PM a black Buick with whitewalls, pulled into our driveway. I was waiting at the window and forgot to kiss Mom goodbye.

“Have a good time,” she called after me.

It felt very special sitting next to a priest. As we pulled onto the highway, Father John patted the seat, told me to come over next to him. He put his arm around my shoulder, and I snuggled in, cozy. We drove north with a brilliant sunset to our left.

After about a half hour, he moved his hand from my shoulder to my back. Then gradually sliding it down, he slipped his fingers into the back of my trousers.

It was peculiar at first, no one had ever touched me that way. “You’re very warm down here,” he said in soothing tones. “You’ll serve my Mass tomorrow morning?”

He moved his hand down further until it rested between my buttocks. It came to me like a shot what he was up to. I had a sick feeling in my stomach, my hopes for the weekend crushed simultaneously with a feeling of being trapped.

I had never been hit on by a priest, though the guys in my crowd who also served Mass said our Pastor, nicknamed “Pappy Schroder” would pat their butts and talk about their interest in girls. This guy was a clownish character, short, obese, and loud. He led pep rallies and always had a joke to crack. He seemed harmless at the time, though I wondered how he was made Pastor of a sizeable parish with primary and high school grades.

“Girls have a thing like a little penis down there,” he told the guys, who kept straight faces until he was out of earshot.

He did this only with the most popular guys. I was envious about never being included.

Before we had completed the drive, Father John moved his hand around to the front of my trousers, though not in my underpants. My stomach churned. I tried not to think.

It was dark and cold when we finally arrived. Father John showed me to a room adjacent to his where I was to sleep. I had no idea what was coming next, but the trip up had been a disgusting nightmare.

I undressed, turned off the light and lay on my back under the heavy spread. There was a gentle knock and Father John came into the darkened room.

“Just to say goodnight.” He bent over and kissed me.

Then, he pulled back the spread and took my flaccid penis in his mouth, held it there for what seemed like an eternity and then slowly withdrew. I was horrified and lay stone still. He left the room.

My memory is completely blank as to whether I slept or not. He called me in the morning to serve his Mass. My hand shook as I tried to ring the altar bell.

I didn’t see him again until we left. I don’t remember the drive home.

I made no further mention of this for many years until the frequency of abuse came to light. By then it occupied a cloistered place in my memory. I look at it now through the lens of a half-century, psychotherapy training, lapsed Catholicism, and discovering how widespread the abuse was.

Yet, still, I wonder at the event.

What ruined so many lives seemed just an odd experience for me.

I never cried until I showed this story to my wife.