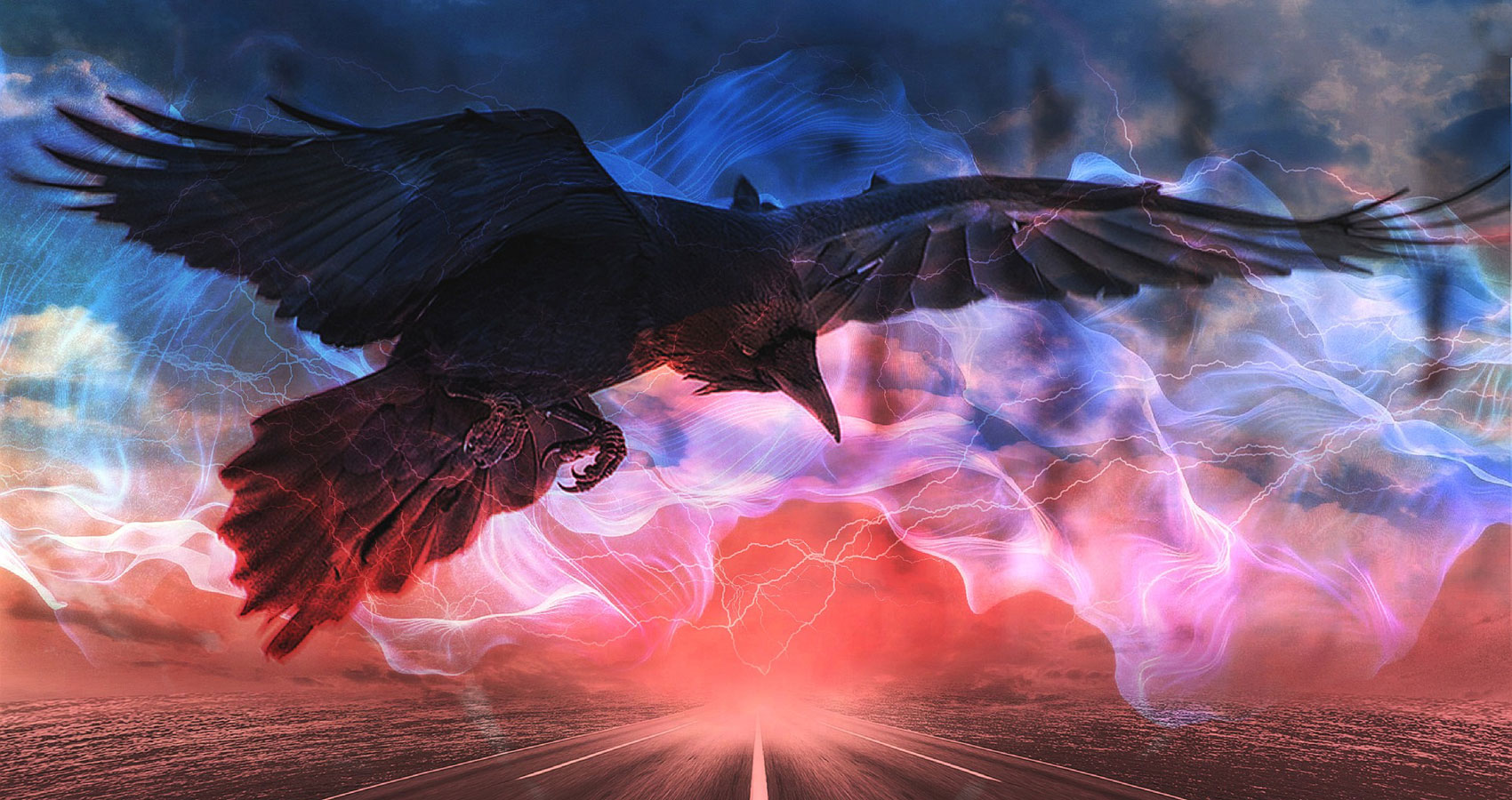 As The Crow Flies

As The Crow Flies

Knocking on the door
To Heaven,
Kicking down the
Devil’s Gate,
Seeking answers
Wherever they may Gestate.

He is as the crow flies,
Ever watchful,
Brilliantly observant,
Soul Courier To the STars–
unlocking the Gate–
An implosive master key
Gone supernova,
Creating the black hole
Which is existence…

It contracts,
It expands,
He is born again,
He spreads his Raven wings
Toward infinity.

S.C. Denton resides in Blytheville, Arkansas. Home of That Bookstore In Blytheville (TBIB) S.C. Denton has had a poem Perilous Cycle Unending published in Blood Moon Rising Online Magazine. And has placed in a Micro-Fiction Contest. He has mostly worked as an Electrician on Industrial/Commercial projects, including Power Plants. Most recently worked as an Overhead Crane Operator in a Steel Related industry. In his spare time he enjoys, Gaming, Fishing, Billiards, studying Archaeology, Anthropology, Cosmology, Symbology, as well as developing his own theories related to these fields. His writing would mostly be characterized as Cross-Genre. In addition to his fiction he often writes articles and poetry. And though it may seem a bit contrary when taking into account that he is a Gamer, he spent most of his adult life abstaining from the internet, and didn’t even own a computer until recent years. He wrote in longhand, and typed up MS on his typewriter. Considers both mediums vastly different forms of expression--when working on a first draft--and employs whichever method he feels the story demands.