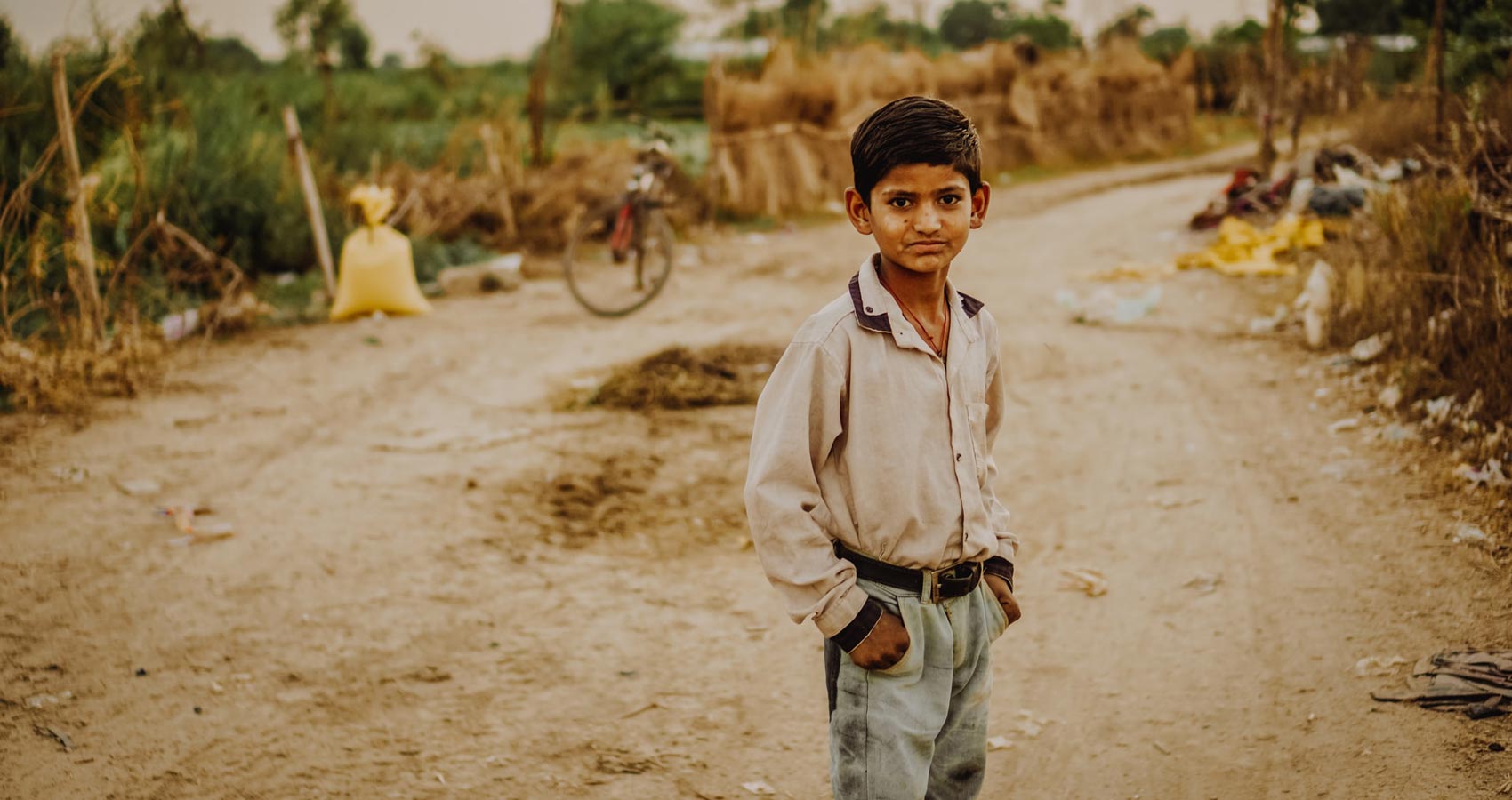 A boy of twelve or thirteen
Meanders the boisterous streets,
Covered by a dirty and ripped shirt
Which leaves his body exposed to the world
Like his childhood to wretchedness.
During the day,
He blends surreptitiously into the crowd
To find pockets to pick
And bread and butter to steal.
His movement as subtle and swift as that of
A bird during its mightiest flight.
Ask him anything,
You’ll be greeted by a smile
To compensate for the lack of words.
But his smile is ever present
Which makes one question
If it is affliction that is masquerading
As that distinctive smile.
By dusk, his walk becomes more assertive.
He cruises the vast emptying roads
Like an amiable and charming prince
Shredding all signs of delinquency
And takes refuge in a little shack
Where he unloads his pockets
To examine the products of his labor.
For this boy, hope is as distant
As the airplane flying miles above him,
But he gets by day after day
With that ever present smile.

After sunset,
An enigmatic woman emerges
From that same little shack.
She slips under a seductive dress
That unlike the boy,
Is purposely made to expose her body
To toxic machismo
Donned by even the unmindful adolescents
Of the neighbourhood.
Her walk so alluring,
That she instils desire
Even in the most distrait souls.
Her name echoes the streets
Like that of Cleopatra in her kingdom.
But this is not her kingdom
Rather a path to sustenance
To reduce the grey sorrow that exists
Behind that bright top.
She is stared constantly
By her obnoxious pimp
And conceals her indignation
With a smile like that young boy.
At midnight,
She takes the road back
To the little shack.
Despite the darkness
She finds her way effortlessly
Unlike hope,
Which for her remains elusive
And beyond the scope of that road.

The boy indolently
Clings to the breasts of the woman
Not as her lover but as her son
Which she never had
And is embraced gently by her.
Their relation,
Indescribable by words
Helps them survive
In an ocean of despair.
Day by day,
They get by,
Yes they do,
With those inexplicable smiles
Not visible to each other.
But for how long?
Nobody knows.

Shrey Verma is an undergraduate student from India. From his childhood he has had a very keen interest in poetry. Living in India, one is surrounded by poverty. However displeasing that looks, it became the basis for his poems for articulating in simple words the plight of people living in the society. Thus, he still actively pursues his passion for poetry taking the most simplest yet arduous lives for inspiration.