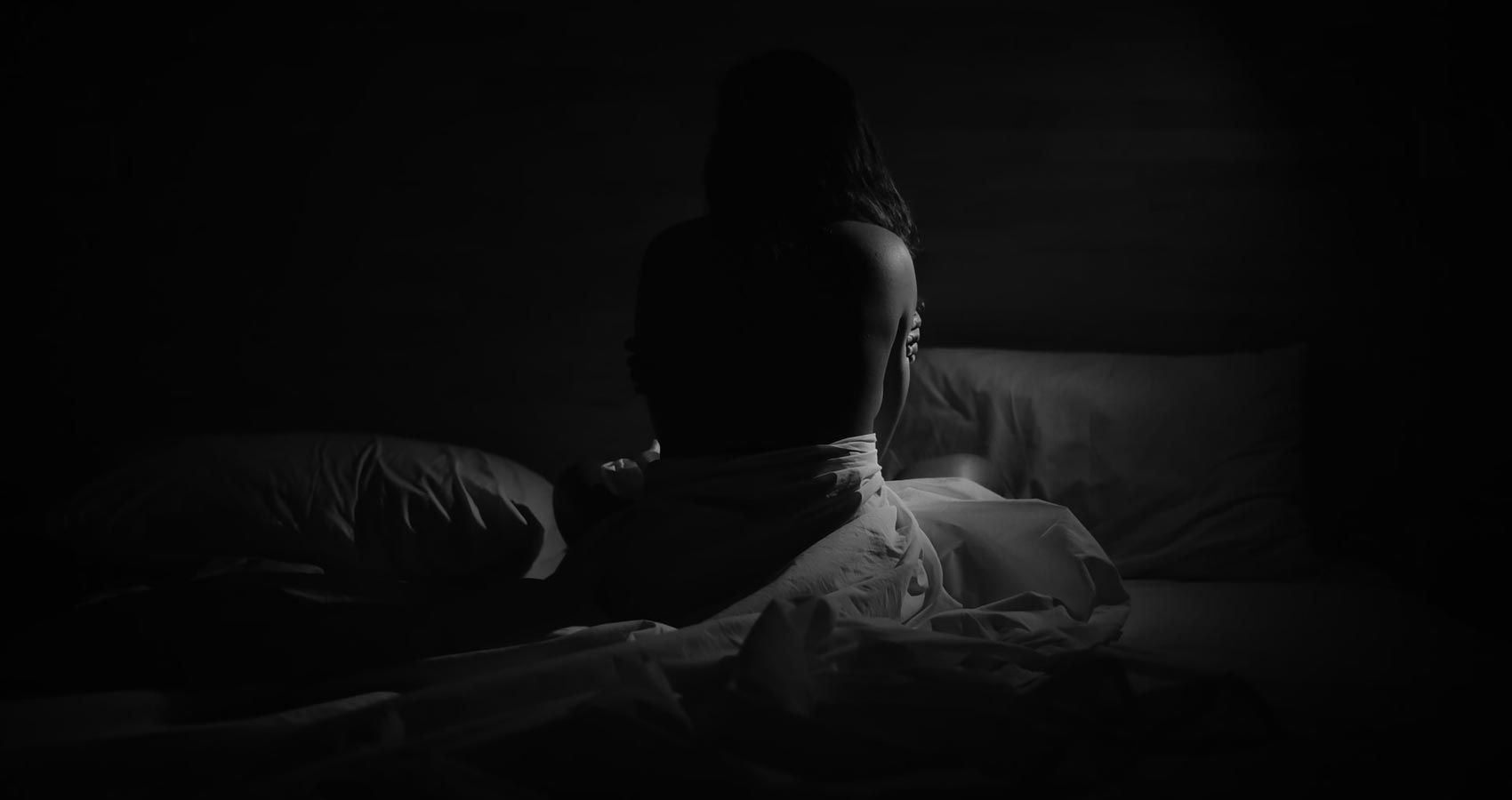 It was I who crossed the raging dark open sea and survived
but only to drown in your silent tear drop!

Her eyes fixed to the empty ceiling
the river of her silky long hair confluences into pillows & sheets
in the dark corner of the room, her cherry lips glow like a lantern
there silently she weeps … and she weeps

– I am but a broken seashell upon the sand you have walked,
guilty of all the cuts on your bleeding heels
This was but a distant memory of her self-blame
uncontrollably she weeps

Little does she know,
the broken seashell contains the soul of the oceans
I can hear the echoes of the chilled wind from distant sand blasts
I can feel her sobering soaked through the darkness of space

Little does she know,
my heart has an unmendable open cut the moment we’ve said goodbye
and she has no idea that her tear drop is a mountain of salt
on my wound!

In the far distance, I can hear the ocean whispers
the lullaby of waves caressing a shore
She has no idea that each broken seashell
is a hidden midnight crystal
that will shine again under a new sunlight

Little does she know,
her tear drops are holy water
and she yet to know,
my heart flamed furiously
in hell!

I am an amateur writer for whom English is a second language. My works are mainly in Vietnamese. I am seeking to explore poetic emotions in a language that is different from my mother tongue. I've always had a fascination for being able to translate the full emotions of a poem to another language. Not just the meaning of the words and the story, but the actual feelings that the readers could connect their emotions to the piece of writing the way that it was intended. I have read a number of translated poems from Vietnamese to English. Mainly from people who translate their own works, or the works of other well-known poets. I’ve found myself to have different emotions and feelings when reading the same poem in a different language. I start to write in English with an aspiration of being able to express poetry in English the way that I would be able to express it in my mother tongue. The other part of my life is nowhere near literature. I am a service technician who mainly works with spanners and tools. I would describe myself as the kind of person who wears thongs and shorts at a BBQ party, and drinks beer directly out of a can, person who enjoys the casualness, the informality of Australian society.