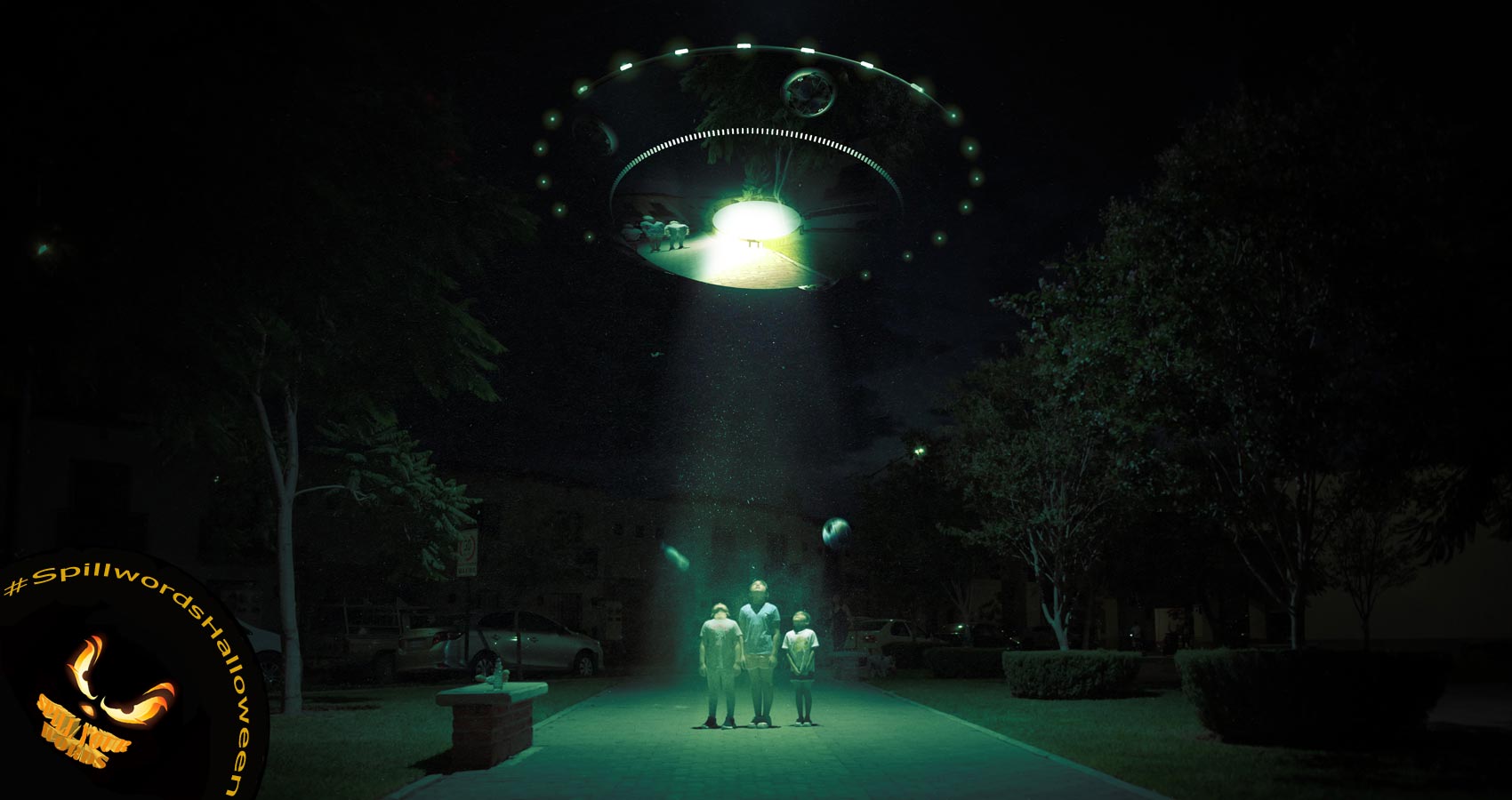 Their leader Joe started off the post-Halloween meeting.

“I did fine Joe. I got two kilograms total. Mostly the usual, but two Big Hunks. My year is made. Of course, my haul won’t last until next year, but I’ll have my memories.”

“How about you Mary?”

Henry countered “Yeah, but you got handfuls of loot from pervy middle-aged guys. You could almost see them slobber over a pert twelve-year old girl.”

Joe suggested “I think you’re both right. Henry is a poor loser, and perverts did drool over Mary. My take was somewhere between what you two got. Some was fruit though. Ugh, healthy.”

“Next topic. Will the neighborhood that we visited work for another year?”

Mary “I think so. It paid off well and I think that nobody will ask any questions. We won’t look older, but nobody should notice under our outfits.”

“This time I agree with Mary. If she doesn’t use her Lolita appeal, I’ll beat her next year.”

“You’re on. Loser has to split his or her candy with the winner?”

“I was the alien this year, so I didn’t need a costume. Which of you wants to be alien next year?”

“I’ll be the alien so Henry can’t claim that I’m the Lolita. Anyway, it will save me from needing a costume.”

Mary asked “Joe, did you punish the families that didn’t get us treats?”

“I’m letting them off easy. Mold over every surface of their houses.”

“Last question. Now that we are taking off to our home planet, can we go back to our real names?”

“Henry was so hard to pronounce. Glad to be Zwpx again.”

“Everybody ready to leave? Let’s join hands and click heels.”

Henry said “I hate travelling with Zorg. She always gets so gassy.”

“Hey, it isn’t easy for me. I smelt it and I dealt it. Plus, space travel gives me migraines.”

Lsmft “At least we get to leave earth. I love the candy that we can’t get on Zxtq, but the heavy oxygen makes me ill, and the inhabitants are so dull and violent. Let’s Go!”