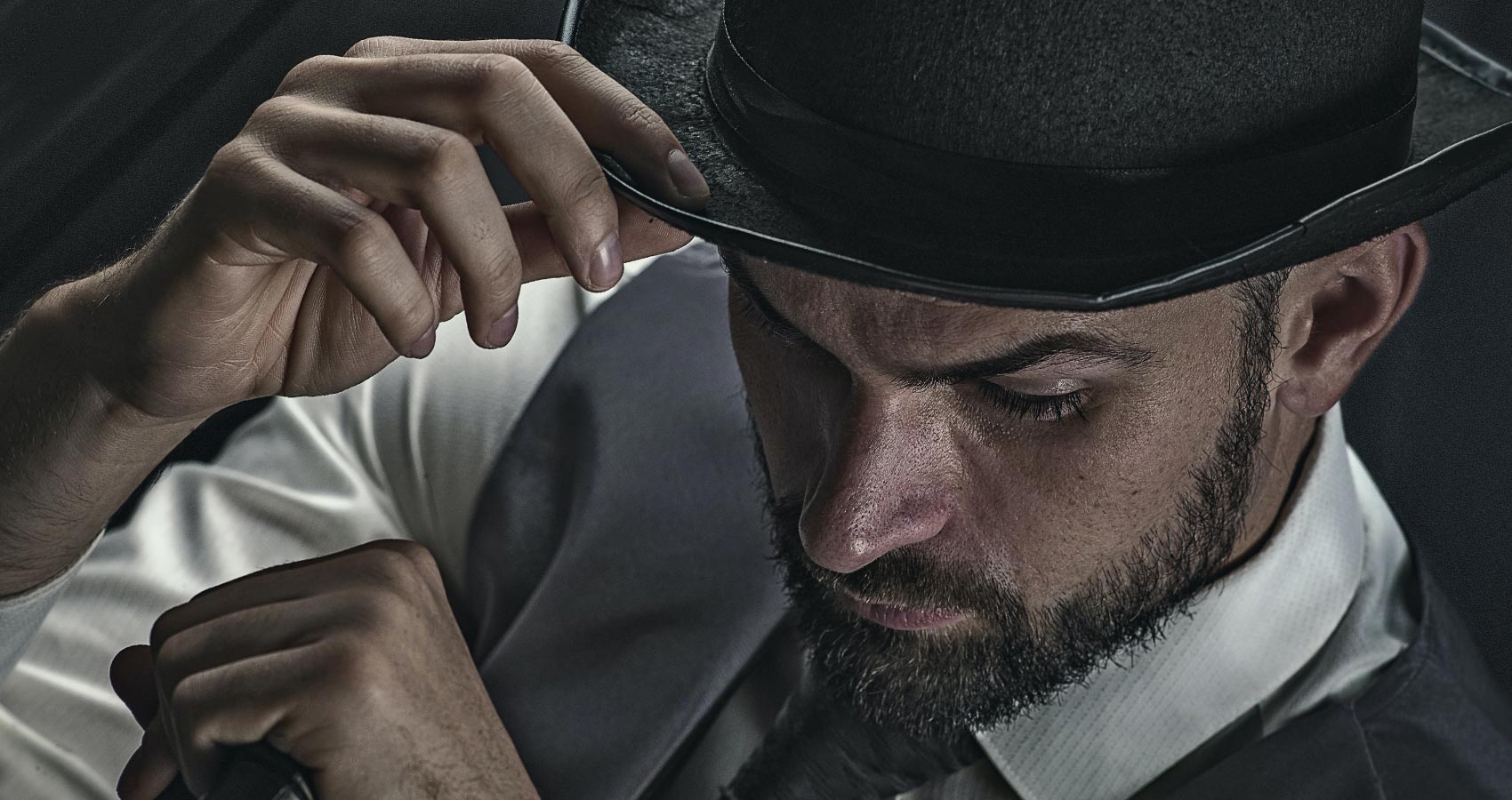 The screeching sound came from everywhere, gears grinding loud enough to wake the neighbours. Stepping onto the patio, fearful of what I would find, I held my arm over my eyes hoping to keep out dust from the swirling wind. The wind and the sound curiously both ended together. Lowering my arm, my eyes focused on a big, blue box. It stood eight feet, with four sides, each at least four feet wide, on the pointed roof sat a small lantern. It looked like an old telephone booth with small opaque squares for windows.

I hesitated at first, but slowly I stepped up to the double door that read Pull to Open and placed my ear against the wooden surface. Inside I could hear muffled voices, not arguing, but loud enough to make out one was a man and the other a woman. Intrigued by who might be in there, I pulled my head back, stood erect, swallowed hard, and rapped on the wood. Three knocks, the same as at the neighbour’s door. Nothing. I moved to knock again, but the door pulled inward and a man with short grey hair popped his head out, ‘May I help you?’

His gestures were swift, and I was taken aback. ‘I was about to ask you the same thing.’

‘Oh, never mind.’ With that, the door closed as abruptly as it had opened. More muffled voices, and then with a swift action, the door opened again. ‘Oh, hello, my name is The Doc—oh, pardon me.’ He popped his head back into the box and shouted, “I know—I’ll ask.’ Half-stepping out of the box, without skipping a beat, he continued, ‘Pleased to meet you.’ He was tall, slender, and costumed as if from another century. His eyes were commanding, and he spoke as if those commands were seldom denied.

I stood tall and threw out my chest. ‘My name is Clark. Wha-what are you doing in my backyard?’

‘Oh, this is your backyard,’ commenting as he turned to survey the scenery, ‘very—ah, pedestrian.’ He snapped his head back towards me, ‘Tell me, young man, do you know where I can acquire some,’ poking his head back into the box to call, ‘what are those things again?’

‘Yes, you get them at the little table outside the grocers. The Backyard Buddies’ sell them there.’

‘I haven’t time to go running to the grocers,’ he fretted, ‘do you have any I could have?’

‘Sure, Mum stocked up yesterday. If I give you some, would you take your box and go away?’

‘Good, wait right here.’ I trotted back into the house to return with two boxes. ‘I hope you like Coconut Villas, they’re Mum’s favourite.’

‘Coconut Villas, sounds like a place to holiday,’ he muttered again under his breath. He took the cookies and bid me thanks as the door shut with a resounding slam.

The noise and wind once again assaulted my senses as I raised my arms for protection. This time, I was too close, and the momentum knocked me down. I awoke on my bed, surrounded by empty Backyard Buddies Biscuit boxes. Blinking my eyes to focus, I looked up at the Doctor Who poster on my bedroom wall and promised myself never again to eat biscuits in bed.