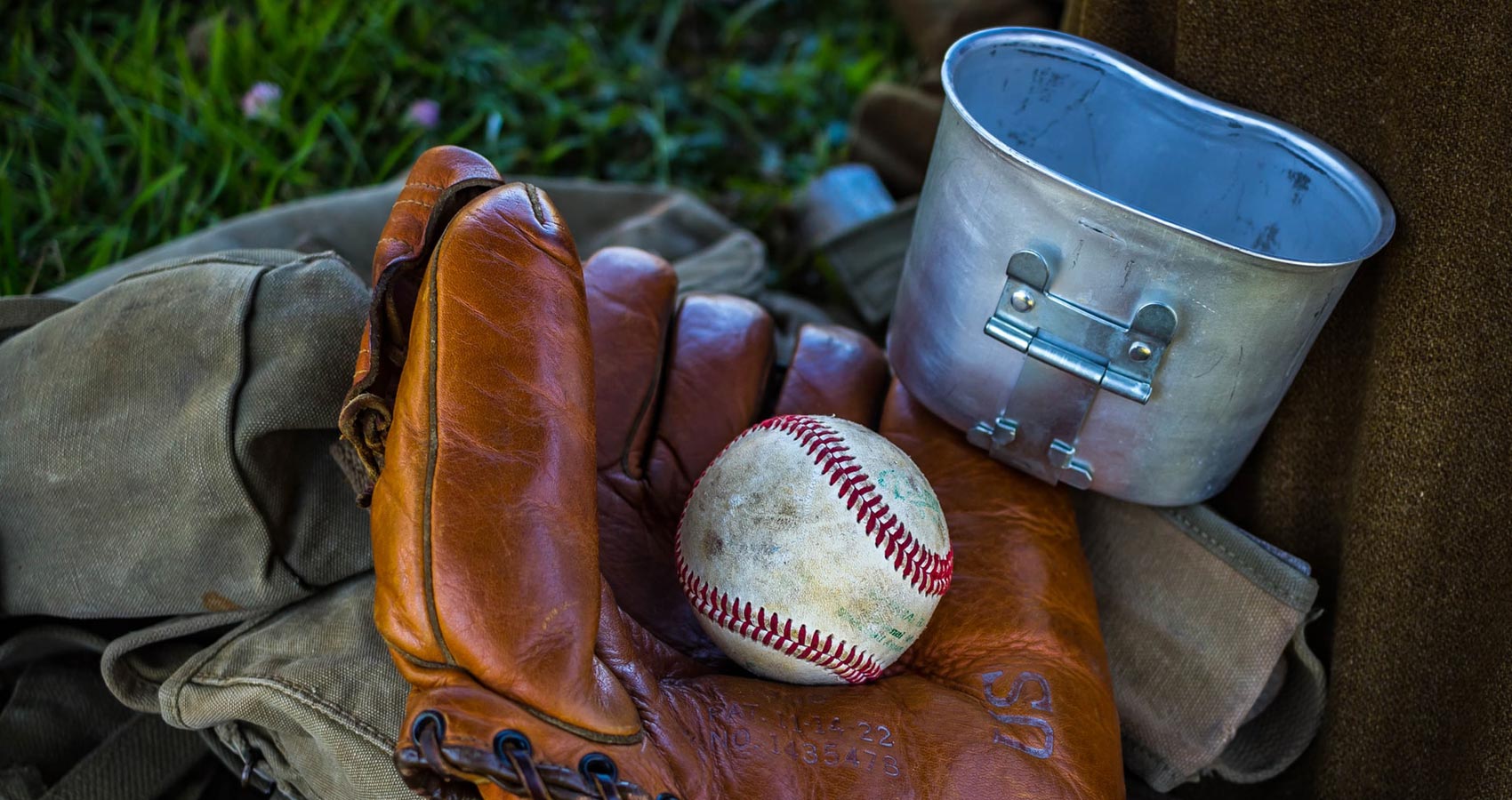 Life is but a dream and transitions maneuvered and mastered. This premise about life began to take shape when I was an elementary school student. Then, challenge involved reducing fractions, multiplication tables, world history facts, kicking the football the furthest, winning games of marbles, and obey the rules set down by parents. I recall how easy it was to memorize the top ten songs of the week from the national charts in the ‘60s. So too, My Three Sons would be on national television for another season. Those wholesome episodes resolved conflict within twenty-eight minutes.
Now, in my late sixties, transition to retirement life has been in progress for a few years. Yet, an unmet desire frequently beckons pursuit: friendship and more with another like-minded guy.
Is it because my peers are starting to pass?
Is it because a parent was in decline?
Is it because the grass is always greener on the other side?
I didn’t know the answer to any of these questions. I recently bumped into Scott, a new neighbor. He is tall, clean-shaved, handsome, casual, winsome and talkative. I hear him running an electric saw, sander, or lathe – set up in his spacious garage. Scott and his wife moved here from central Ohio.
It was a cloudy weekend day, but mood brightened as I made the choice to do the first move: introductions.
“Scott, welcome to the neighborhood,” I said, entering his garage. “I’m your next door neighbor, Daren.”
“Hi Daren, too noisy for you?”
“Not at all. Looks like you’re working on a chair,” I said, pointing at the partially assembled piece of furniture.
“What is that, Oak or some other wood?”
“Maple. It’s an easy wood for me to work with and is readily available,” he said, moving the sander on his workbench.
Turning toward me, Scott asked my occupation. Admittedly, Scott was my preoccupation.
“Freelance health writer,” I answered.
“I imagine you have much to write about with the recent COVID-19 outbreak.”
“Somewhat but not really. I try to vary the content, so writing doesn’t become mundane.”
“Sounds like we’re contract workers and neighbors, too. Are you married?” Reality check, thanks Scott. I answered, “Yeah, about 25 years to one fantastic woman. She works out of home as a school aide.”
“My wife works for the county extension service. I’m home alone most days, too,” he said, and gave a slight wink. My mind, hormones, and physical reactions to Scott were like school children restless for recess.
“Daren, I have a meeting in about thirty minutes, but let’s continue this visit very soon.”
“My place or yours?” I asked.
“What, say again.”
“Just call or drop in,” I said, setting my business card on a shelf inside the entry. We shook hands, and I touched his sleeveless forearm with my left hand.

A few days passed before Scott and I met up once again. We were each doing odd jobs around our respective homes. Scott was atop a ladder pulling debris from his gutters. I finished mowing the lawn and placed the mower back in the garage.
“Gosh damn it!” Scott yelled out. I looked over noticing Scott prone on the ground. Underneath him was lawn, so the fall was not as dire. I walked over asking if he was all right.
“Just my pride’s hurt, I think.”
“Can you stand up?” Reaching toward him, he grasped my hand. He slowly stood, facial expression a grimace.
“Think I sprained an ankle. Wife is out for the day.”
“I can drive you to the clinic in a few minutes.” Scott gave a sigh, couple expletives, and agreed to the offer. I liked this man, even his varied moods. Was he a typical guy?

The wait at the walk-in clinic was but a few minutes. The Physician Assistant met with Scott right away. She wrapped his ankle. I imagine he would be doing daily soaks or baths with Epsom salts. A couple hours passed and we were back at our respective homes.
“Daren, let’s have a few beers and watch some baseball together next week. The basement is my man cave, and it’d be nice to share the space together.”
“You have a favorite team?” I asked.
“Got MLB TV. Whatever’s on at the time is fine with me.”
“Thanks, but it was no trouble to help you get to the clinic. That’s what neighbors are for.”
“I like to show appreciation when someone goes out of their way. Besides, us contractors have to buoy one another.”

Scott called Wednesday afternoon and invited me over for guy time that evening. He said the swelling was going down in his ankle. I volunteered to bring the beer. He had an indoor grill contraption for cooking some half-smokes.
Descending to his basement, the walls were decorated with puzzles, couple centerfolds over his desk, and a knife collection of sorts was on a shelf in one corner.
“Nice setup,” I said, glancing around the room. “Your wife, does she have an equal space?”
“One of the spare bedrooms. Wednesday evenings have become my man cave time. She may spend an hour here and there in the upstairs nook over the course of a given week.”
“Your TV screen, 54-inch theater. Creates a different reality doesn’t it?”
“It creates the sense of a layout being more realistic. Here, let’s have a brew.” I purposely sat on the sofa, and in a couple minutes time, we were side by side. My being was on alert. I liked the shared closeness.
“Cubs and Indians. They’re replaying the final game of that World Series,” he said.
“Leave it on, what the heck.” A couple hits scored as we turned our attention to the game.
I asked, “Was it hard to move from Ohio?”
“We bought the furnishings after moving in. Those holiday sales helped us with the purchases.” Scott’s foot touched mine for an instant. Were we attracted to each other?

Scott warmed the grill minutes later and we ate from the sofa using paper plates. Once done – we sat back and one of us initiated holding hands. Nervousness, apprehension, and desire were vying in me for authority. If we continued to advance this form of play, where would it lead? Would there be unexpected fall-out? Would the ghosts appear accusing of committing adultery? Were the mental health experts right about loss and gain? That implied one cannot have everything they desire.
“Scott, I read about two writers who discovered their attraction for one another. They were guys, too.”
“Birds of a feather, you know,” he said, gripping my hand with some firmness. Again, I liked the closeness but disliked the turmoil.
Scott may have sensed my anxiety. He got up and directed my attention to his cutlery collection.
“Do you know the difference between a waddy and a cosh?” he asked.
“A what and a what?”
“This is a waddy. It comes from the UK. Some say this was a war club used by the Aboriginals.”
“How did you find this?”
“I find pieces at different shows or outdoor markets,” he said.
“This waddy, what of it?”
“Just a long iron rod. It could do some serious business if used as intended,” he said.
“I think the waddy and the cosh could function similarly,” I said. He retired the pieces to the collection and showed me his puzzles. The ballgame played in the background, and the romantic tension between us remained constant.
As we approached a nook in the basement, Scott put his arm around me. The feeling was sudden, electrifying.
“I know how you feel about me, neighbor,” he said. We turned to face one another. A prolonged embrace ensued.
“I like you, neighbor. You were kind to take me to the clinic,” he kissed my cheek. “You were the first to welcome me to the neighborhood.” We began to move our hands all over each other. Passions rose within my being as we held one another in silence.
“Daren, do you want to go further?” His question felt piercing perhaps like the cosh or the waddy.
“I do and I don’t to be honest.”
“Which is going to win out, the do or the don’t?”
“Can we enjoy the moment?” I asked.
“Our bodies are asking more than simple enjoyment, don’t you think?”
“Scott, I have to delay.”
“Gotta take a leak?”
“No, my conscience, desire, ethics are all competing for center stage.”
“In that case, I love you Daren.” An electrifying surge of arousal flooded my being at those words.
“I love you enough to suggest we stop this for now. Let’s be neighbors,” Scott said, and we let go of one another. We viewed more of the game while enjoying a cold brew that quenched another natural human thirst.