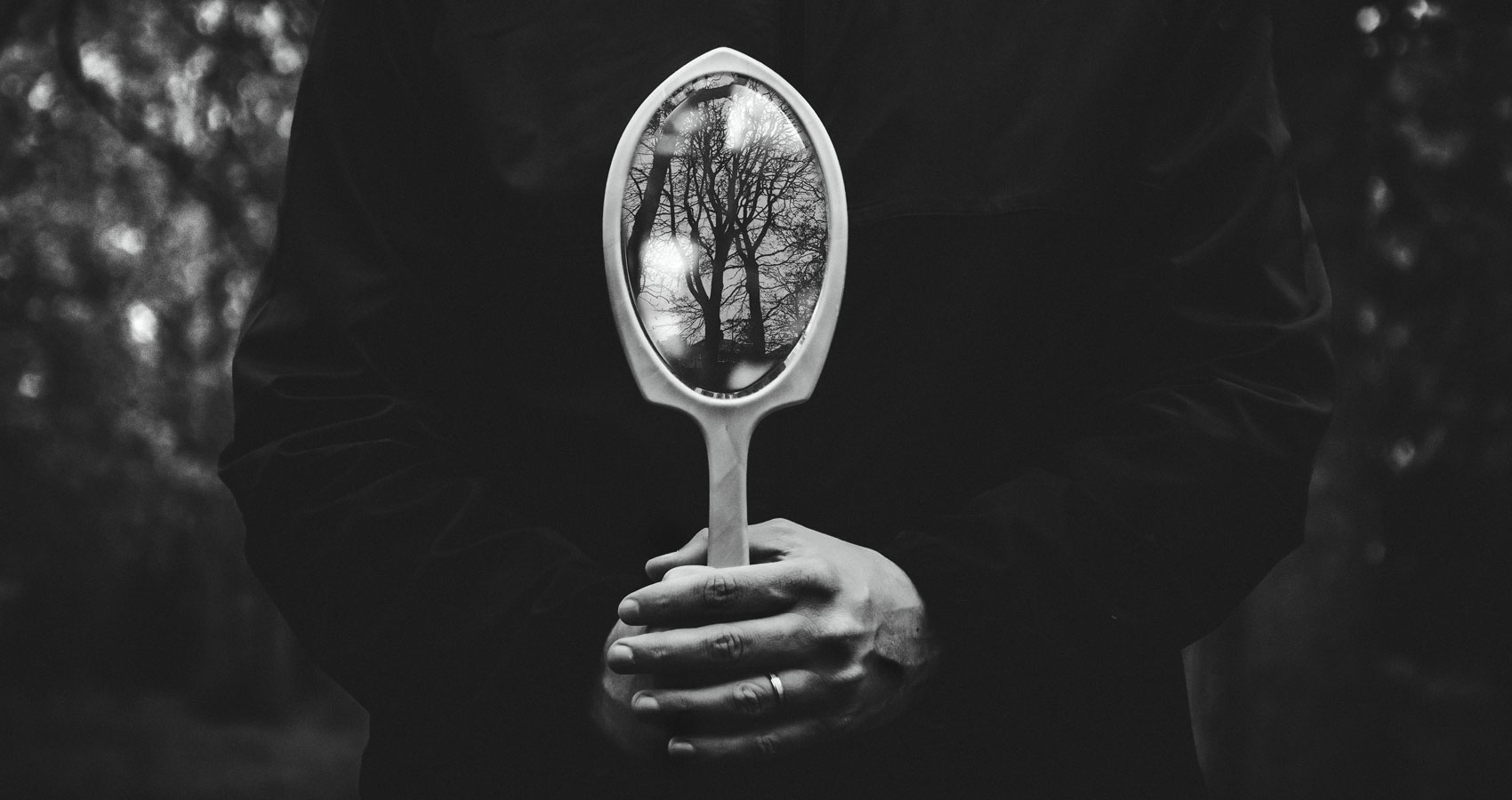 Is That You Again

Is That You Again

Ah! Is that you again knocking at the door?
A little cautious this time I am though,
Not a peep, not a sneak I’ll allow you now,
For you’re the one who’s been hiding behind,
What swift angels you employ,
Who transmit the messages to you rather quick?
Each time I overcome some situation adverse,
Each time I leap out of the ocean of waters troubled,
There I find you standing nigh,
Ready to pounce and overpower good senses mine,
Though you abandon me whenever I fall,
In the days of my struggle when my pace slows down,
The moments I spend fighting the toughest,
Where do you disappear and reside then where?
Oh! You are smarter than the smartest of beings,
None can defeat you unless he softens,
The toughest fight you give to the ones,
Who stand strong with their might, their mettle,
Are you the imp, the devil from Tolstoy’s stories,
Waiting, hidden at some corner behind?
For you act in prosperity, so say the wise,
And the time when arrives, not a moment you waste,
You feed on the success, the fame, the wealth,
The head lays heavy with the countless thoughts,
Of retaining the earned, of remaining on the top,
In the process though the being’s defeated,
For the virtues that once he gracefully displayed,
Seep out as the sand from the tightened fist,
He no more is the best version of himself,
All that remains is the success that he’s become-
The positions held, the tags, the crowns,
I fed you enough, my folly it proved,
Not quenching your thirst, but swelling you up,
Oh! I can see you hiding there,
Familiar footsteps that sound so near,
No, I’ll allow you not this time my dear,
To drag me down, to erase my values, to fill my conscience,
With the emptiness and the futile heavy vanity to smear,
Often I despise when I see you act,
In the persona of others, but still I fail,
To recognize your honey-coated astute attempts,
As you enter me, turning my ‘I’ into a mountain high,
Every time I’ve knelt and let you succeed,
But now I’m ready for a combat as I wait,
For you to attack and to defeat you in the course,
I hear you knock, no more I have a reason to fear,
Ah! Is that you again, my EGO dear?

Giti Tyagi (b. 1976, Karnal, India) is an Editor, Creative Artist, Author, Poetess and Reviewer from India. She is a former Senior Lecturer from MM University, Ambala, India and an Educational Consultant at Karnal, India. She is the author of the books ‘Priceless Pearls’, ‘Crossroads & Other Stories’ and 'The Ascent Of A New Dawn’. She is the Editor of ‘Beyond Corona: The Silver Lining’ and Translator of ‘Amma Boli’ (Hindi). Giti Tyagi’s poems, stories, articles, book reviews and translations have been published in reputed national and international magazines, journals, ebooks and anthologies, winning hearts of the readers of all age groups. Having won several competitions, she is an extremely popular story writer for children’s magazines. An avid reader, an observer of life and a lover of nature, her writings touch every aspect of life filled with the mellifluous tunes of space and time, the wonders of the beauty of nature, the hidden emotions that rule the human psyche. Her poetry continues to spread the fragrant aroma touching the hearts of the readers far and wide. Giti Tyagi was honoured, in 2019, for her contributions in the literary world.