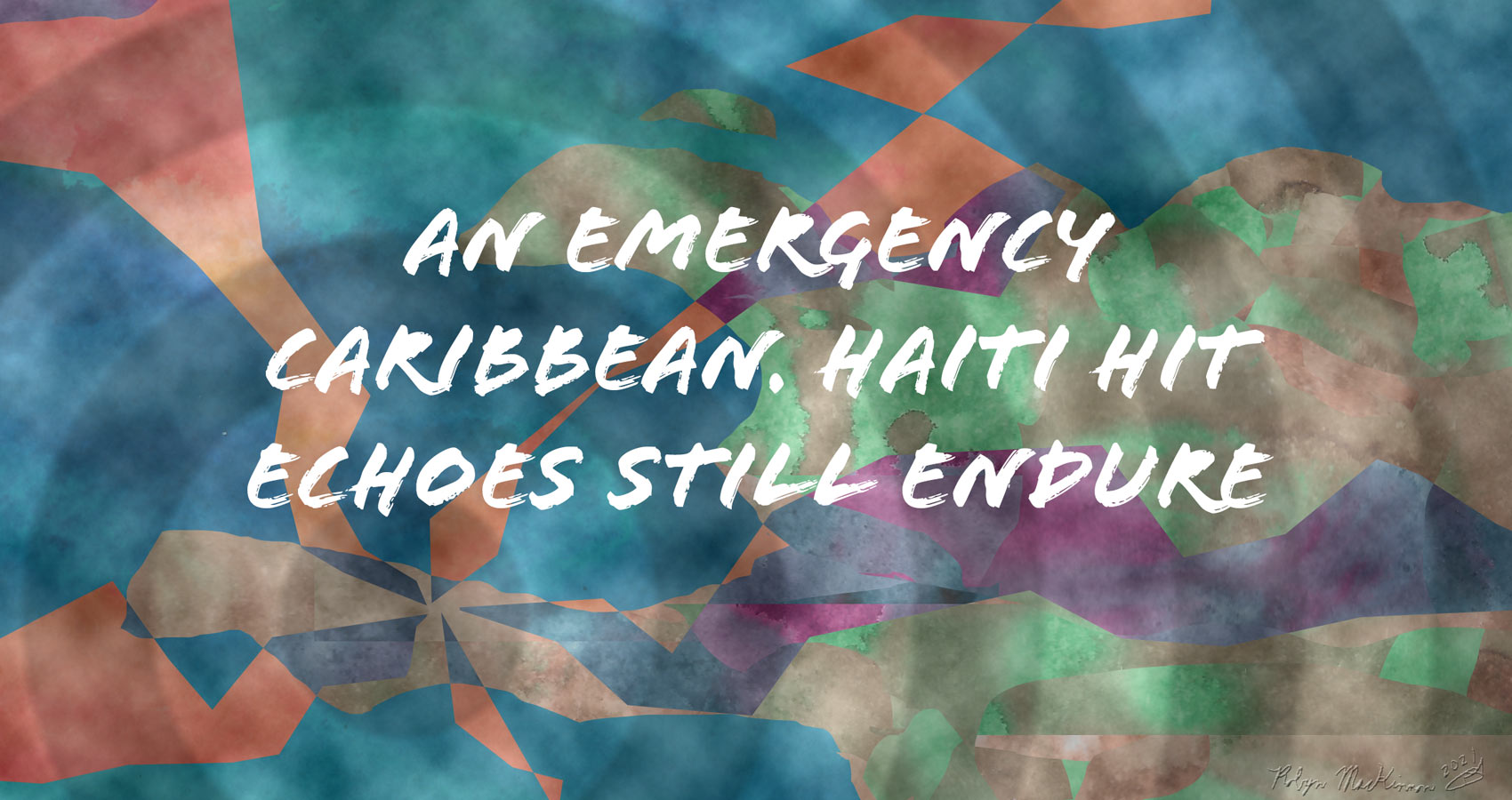 Illustration description: An image of fragments – mostly blue (representing the sea), with green and brown masses, representing the land mass of Haiti. Cracks radiate from the epicenter of radiating rings of shadow, creating more fragments in the landscape in contrasting colours. The entire image is cloudy, adding to the chaos. The words of the haiku are superimposed over the center of the image in white Flood Std Regular font. Created in Adobe Photoshop Elements.