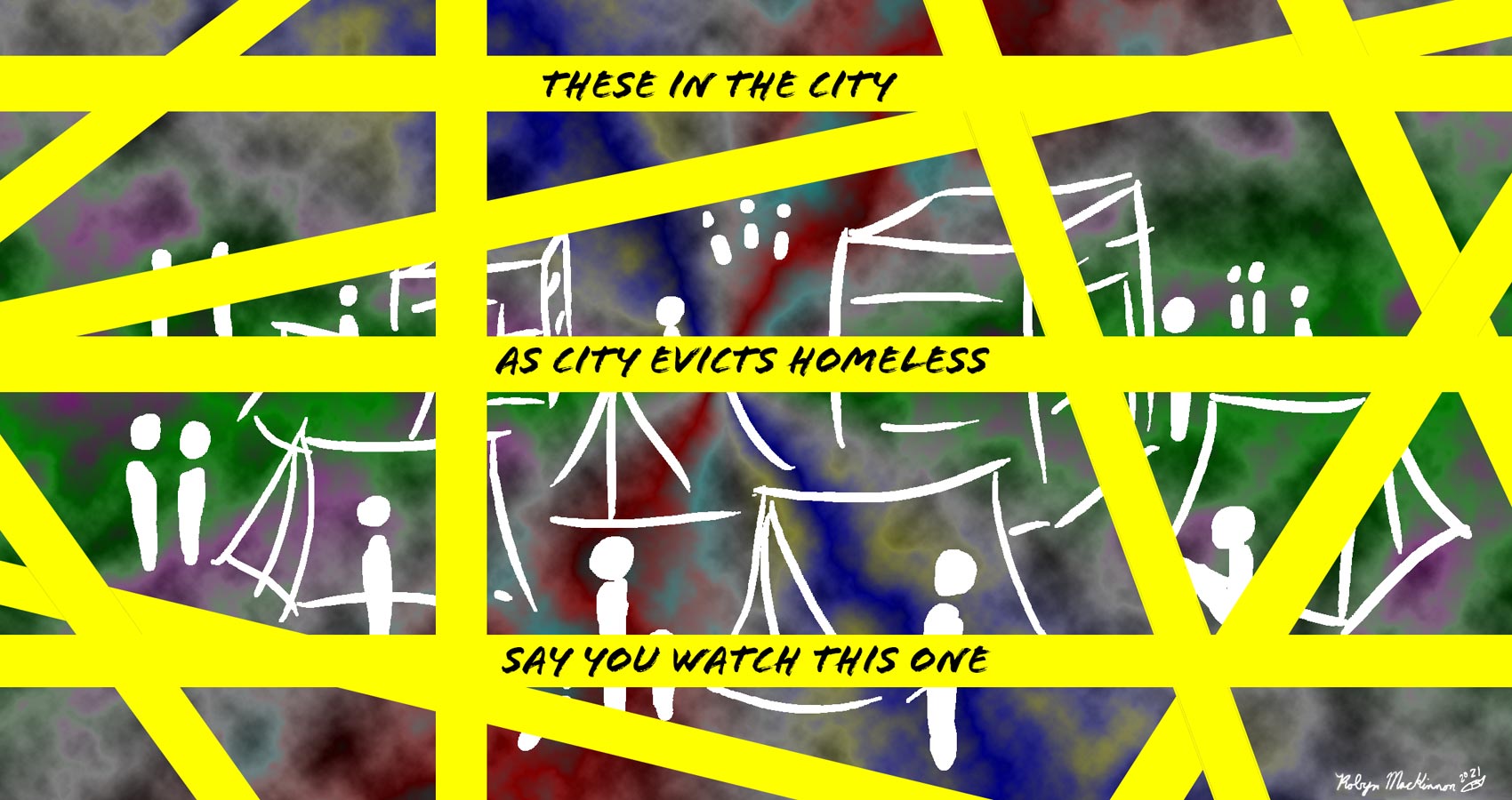 As The City Evicts

As The City Evicts

these in the city

say you watch this one

Illustration description: Dark, cloudy background of grey interspersed with blue, red, green, and traces of other hues. The white, gestural outlines of tents and a couple of boxy shacks populate the center of the image. Also visible are human figures, expressed only by a circle for head and long dash for body. A couple of them are folded in a seated position, but most stand, all scattered around. Crossing the image at all angles are yellow stripes, reminiscent of police tape. The 3 horizontal stripes interposed across the top, middle, and bottom levels of the image are printed with the 3 lines of the haiku in black Flood Std Regular font, giving the impression of the words being slashed there hurriedly and violently. Created in Adobe Photoshop Elements.