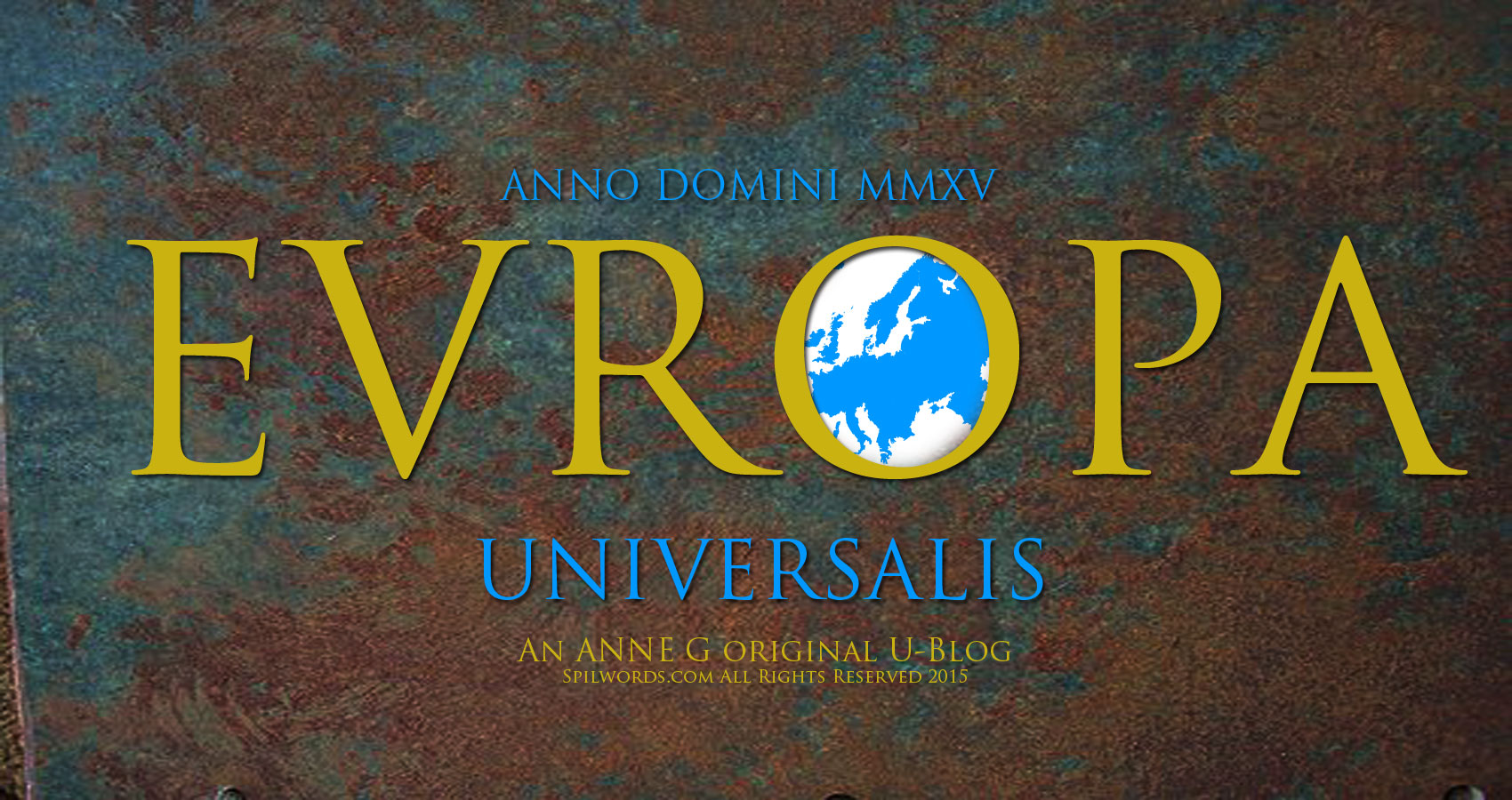 The phrase Europa Universalis came to be during Roman times. It signified a unified Europe through a common language that was Latin. Today, Europe is united through a collective agreement and is known as the European Union or EU. This union is not one of language but rather of economics and politics.

What does Europa Universalis really represent?

The Greeks dreamt it; the Romans built it.

The Greeks gave us philosophy, the seed which inspired thought and reasoning. Democracy, the idea of a government of freedom, justice and liberty. Architectural styles; Ionian, Donic and Corinthian. Mathematics, the building  blocks of our foundation; logic, science, technology. Literary classics, theater styles, the Olympic Games, the Hippocratic Oath and so much more.

The Romans gave us Architecture, the dome; engineering, aqueducts, viaducts, highways. The Julien Calendar and the current months of the year. Spectator sports and mass entertainment. The Senate, seat of government and even the three course meal; starter, main course and dessert. The list is long.

Throughout its history of war and peace, Europe has continued to be a fountain of knowledge and technology and it’s contributions to humanity have been innumerable, invaluable and crucial to the development and progress of civilization.

We, the United States of America, the greatest democracy the world has ever known, are a shining example of all that Europe was and is. We are Europa Universalis down to the universal language that unites our fifty states. We were born of the will of the Europeans, armed with the dreams of the Greeks and the mighty power of the Romans.

Today, Europe is once more in peril. It is under siege by those who would divide and conquer it and, a tyrant on the march. If Europe fails, if it should fall, we stand to lose it all. It is we, who must fight to preserve it; raise our voices and in unison proclaim:

I am Europe; we are Universalis!

In Greek mythology, Europa was abducted by Zeus, the Greek God of Mount Olympus.

Putin is not Zeus nor is he a God and this, is not mythology.