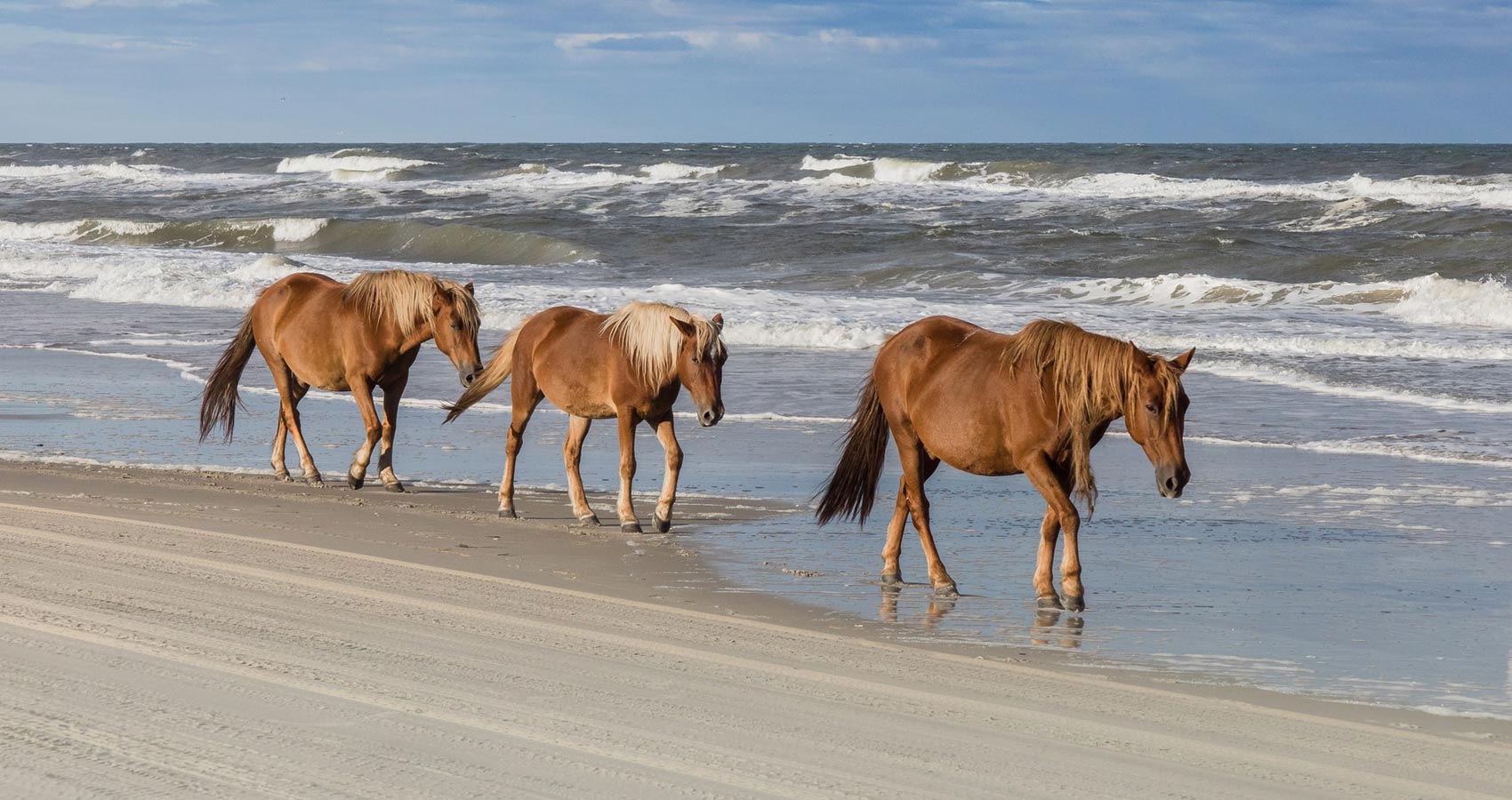 Where Have the Trees and Horses Gone?

Where Have the Trees and Horses Gone?

On a recent vacation to the Outer Banks in North Carolina, my wife and I took one of those wild horse adventure tours that promised to show you the horses in their natural habitat in and around the beach area in Corolla. The open-air sightseeing vehicles were equipped with seat belts, and I remember the guide saying that “you had better buckle up…because shortly you will be experiencing a wild ride up the beach while we look for the horses.”

And he wasn’t kidding! Within a few moments of traveling on the sand it was quite the bumpy ride. We were told it would be about twenty minutes or so before we would reach the area where the horses were allowed to roam around wherever they wanted. Within a few minutes of watching the waves crashing on the sand and smelling the salt air, I noticed something in the distance. As I tried to focus my eyes, I wasn’t sure if I was seeing large, jagged black teeth sticking out of the sand by the water, or tombstones from a long-ago abandoned cemetery.
The guide must have been reading my mind, because before I could ask what they were, he explained that winter storms have a habit of exposing hundreds of ancient cedar and live oak stumps up and down the entire Outer Banks coastline. It wasn’t unusual to come across a few dozen of the tree stumps in various sizes and shapes.

Researchers at Duke University have estimated that a maritime forest was thriving nearly 2,000 years ago, but as the years went by, it started to disappear as the barrier island drifted west towards the mainland. Apparently, the combination of strong winds and salt water from the ocean took its toll and we are now left with only the remnants of what was no doubt a huge sprawling forest.

I was beginning to wonder if we were going to see any horses at all during our two-hour tour, but as we made a turn towards a dune area and drove towards some beachfront homes, we finally spotted them! Four beautiful horses were literally in the backyard of someone’s million-dollar beachfront paradise. Although they weren’t very active, at least they were there. As our tour truck drove by, they didn’t even seem to glance in our direction. Apparently, they are not scared by loud, noisy vehicles with tourists hanging out of the windows snapping endless pictures on their cell phones.

As we endured more twists and turns through the semi-residential and dune area, we found additional groups of horses. Some were just standing, seemingly enjoying the sea breeze, while others were busy munching on sea oats and grasses. The tour guide said there are only 103 Corolla Wild Horses around today, a mere drop in the bucket from the 6,000 or more that were here in 1926.

I can’t help but wonder if the weather and erosion will continue to destroy what is left of the wooded areas just beyond the dunes on the Outer Banks. And there may come a time when tour guides will have to say, “this is the area where the wild horses used to roam.”

I am the author of 35 books and have worked as a ghostwriter on numerous projects. My byline has appeared in major publications all across the U.S., and I have written articles for over 300 websites. Since 1996 I have been working out of my home office in Delaware as a full time freelance writer, author, ghostwriter and donut eater.