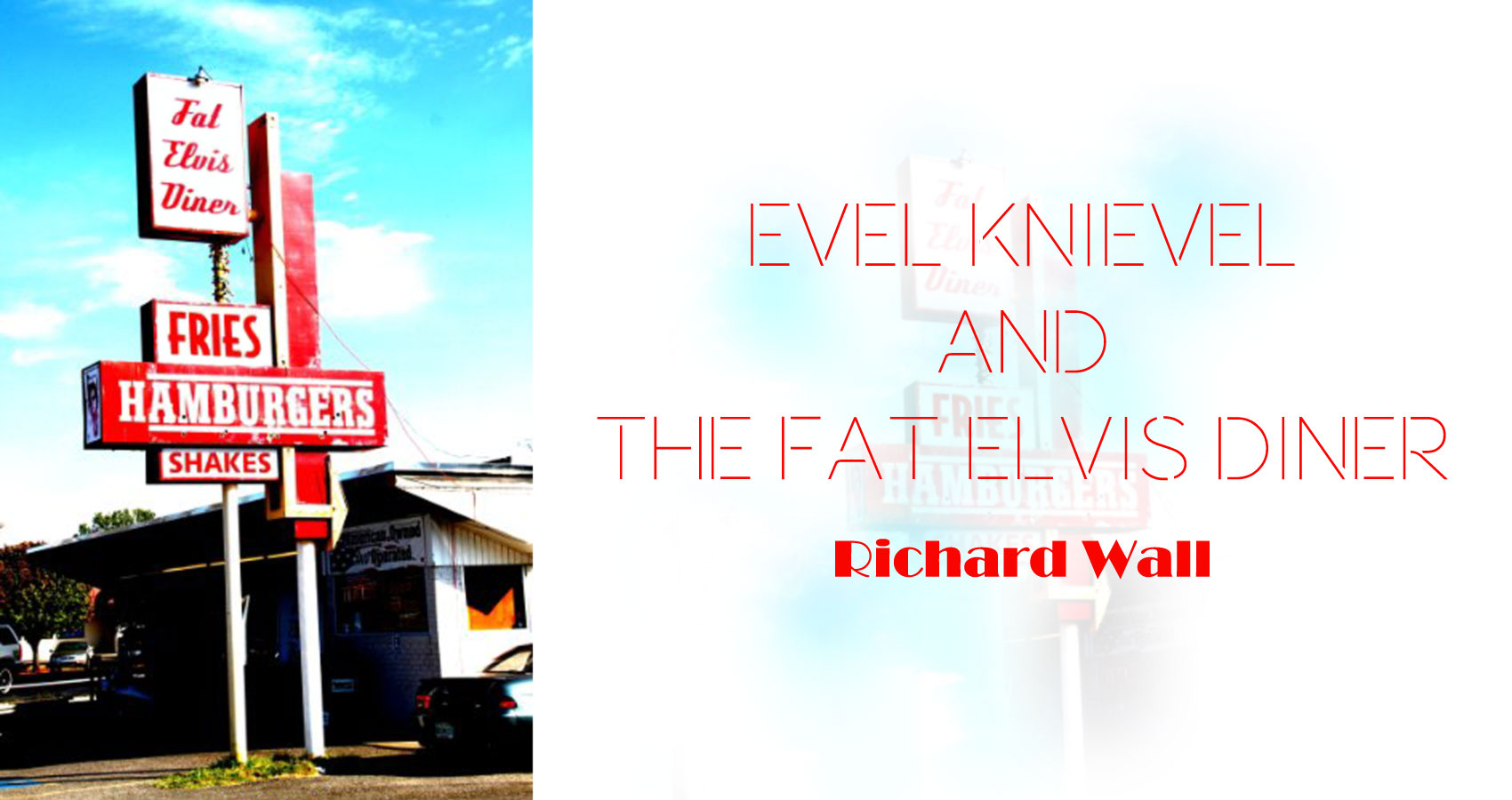 “Whilst undoubtedly a creative and imaginative student, he fails to apply these qualities to his schoolwork and this is reflected in his poor academic results. He has trouble concentrating and is easily distracted…”

Oklahoma City? What the ruddy hell do you want to go there for?
Cos Chuck Berry says it’s pretty.
Do what?
Chuck Berry, dad. Sang a song about Route 66.
Ruddy noise if you ask me.
Not like Ray Conniff, eh dad?
Oklahoma.
Had enough with the navy.
Fancied something different.
Came to America, no plans.
Bought a muscle car, a white 1970 Dodge Challenger R/T. 440 cubic inches, just like in the movie.
The real deal. It’ll pass anything except a gas station.
What else? If you’re gonna be a bear, be a grizzly.
Stamp on the loud pedal and it howls like a banshee and leaps forward like an attack-dog. Awesome in a straight line. On a corner, forget it.
A barely-tamed monster of a car.
Caned it across America, just like Kowalski in Vanishing Point. Arrived in Yukon, Oklahoma and met a waitress in The Fat Elvis diner.
Beautiful smile.
Beautiful lady.
Apple pie and cream.
Ah love yo’ accent, honey.
And I love yours.
Aw hell, I don’t have no acc-ey-ent.
What time do you get off, beautiful lady?
The nightmares stopped that night.
Married a week later, imagine that?
Three years and two kids ago and still together. Still got the car, too.
Thinking about her made him smile.
He looked down at the phone.
Photographs began appearing.
About time.
He reached across to the ashtray, stubbed out the cigarette and looked closely at the screen.
A bunch of people standing at the side of a road.
A cop standing next to his patrol-car.
To Protect and Serve.
He scrolled down to the next photo.
Grim-faced emergency workers looking down at something out of camera view.
Next photo.
Like a still from a Tarantino movie.
A blood-soaked corpse lying on a plastic sheet next to a pile of twisted metal.
The man looked closer.
Correction, half a blood-soaked corpse. The victim, a young man, had been torn in half at the waist, ripped flesh and entrails  fanning out from his stomach cavity. Shocked expression on his face.
Not surprised.
Next photo.
Emergency workers wearing blood-stained vinyl gloves, gripping the victim’s ankles as they dragged the lower half of his body from the wreckage. Gore trailing from the waist.
Next photo.
Both halves of the victim dumped on the plastic sheet, like a broken, shop-window mannequin.
Like a broken Action Man.
Next photo.
Two vehicles. Head-on collision.
The back end of an SUV sticking out from the radiator grill of a huge Kenworth truck.
Blimey, must have been going some.
Looked like the truck was eating the car.
The Fat Elvis Diner.
Apple pie and cream.
I don’t have no acc-ey-ent.
Beautiful smile.
Beautiful lady.
“This guy’s in love with you.”
The man scrolled back to the previous photos. Looked in fascination at the carnage laid out on black plastic.
That’ll learn ya.
Scrolled to the top of the message.
Read the first line.
“This guy was reading an email whilst driving.”
The man heard the blast of the horn.
Looked up through the rain-covered windshield of the 1970 Dodge Challenger.
Saw the radiator grill of the huge Kenworth truck.