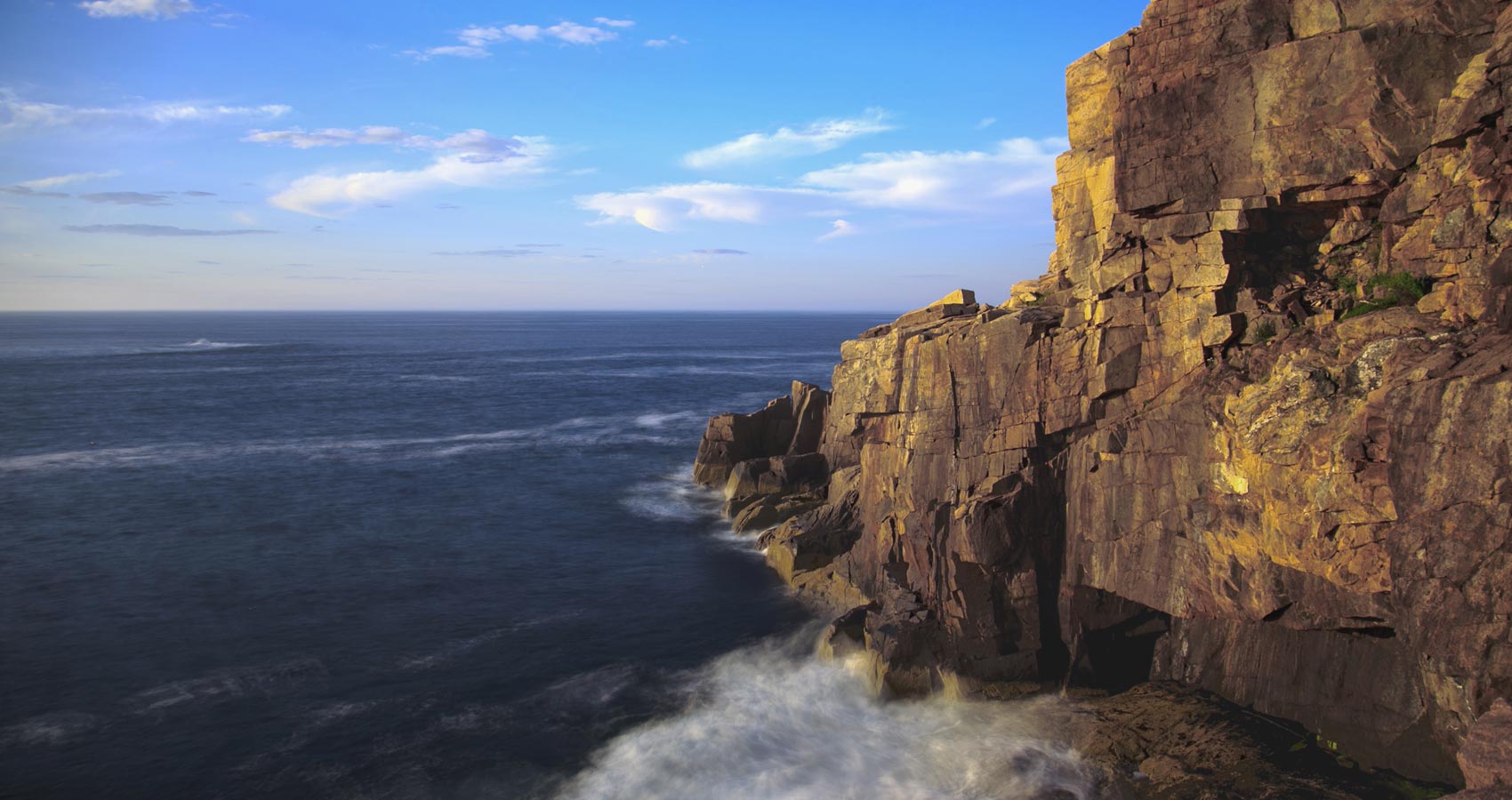 In beaten-up gym shoes, he ascended the rocky heights
of the mountain just off the Atlantic Coast where
he first reached the false summit,
where all climbers clustered and congregated,
snapping photos of the ocean’s insistent waves.

But he had done his homework, learned he would first
Come across a false summit, so he trekked onward, upward, on.
He made his way up to the real summit, marked by a wooden sign erected
amid a utilitarian pile of stone. He stood atop the world all alone.
Treetops obscured his view, dense boughs blotted his horizon.

He trekked back down to the false summit where the hikers were content to snap pics.
He filled his phone with photos of the oceans, rugged coastline, and rocky cliffs.
Eventually, he gave up his pursuit to document everything and just gazed out
over the infinite horizon, watching the water lap and lap against the outcroppings of the shore.