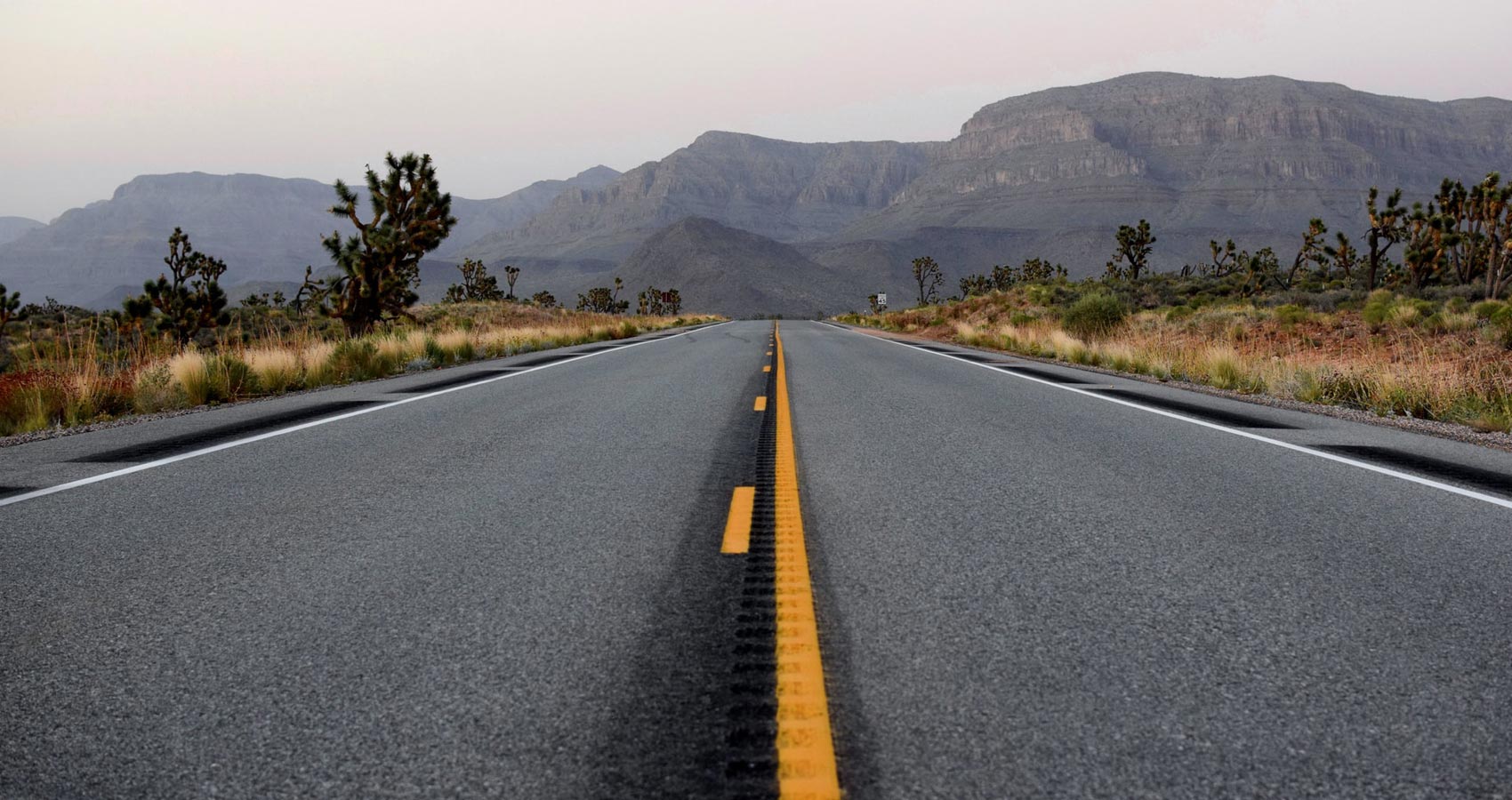 Fear and Loathing on The Way to Galveston

Fear and Loathing on The Way to Galveston

I drove the 117 miles to Owensboro and arrived at Buddha’s in the early afternoon. This was the first leg of our journey to the heart of the American Dream. I gassed up the White Whale, a 2011 gas guzzling Nissan Maxima, the day before, and put together a road trip mix to listen to on our way down to Galveston. We were going to Galveston to recapture our past and rekindle a friendship that had cooled off over the years.

We had both been to Galveston before and though we had separate memories we were both eager to see her pretty sea wall, hear the sea wind blowing, and see her dark eyes glowing.

I like to listen to the sounds of the 60s while on a road trip with nothing else on my mind but driving fast, grooving to the music, and avoiding the law if at all possible.

Daniel “Buddha” Hildenbrandt was one of my oldest friends and a spiritual adviser. He was also a teacher at the local community college. He taught communications and was fond of saying, “the main problem with communication is the illusion that it has taken place.”

We called him Buddha because of the pudgy nature of his physique. He just looked like a Buddha.

When I got to his place, we watched TV until about 5:30 pm when his daughter, Mara, arrived to fetch a key. After she left, we went out to get a bite to eat at Owensboro’s one and only Sushi place. I knew it was going to be a problem when I noticed the chefs behind the sushi bar were Mexican. I had the Hibachi Chicken. It was terrible.

We went back to Buddha’s place for drinks and more TV. I lucked into a Harold Pinter play on YouTube I’ve been wanting to see: “The Birthday Party,” starring Harold Pinter himself and Joan Plowright, in a BBC production. It was pretty good, but you have to be into Pinter to enjoy it. Buddha wasn’t so he went to bed to read while I watched the rest of the play.

The next day was Friday, October 2. I woke to the news that Donald Trump and Melania Trump both have contracted the coronavirus. Is that karma or what?

We are living in strange times. I was thinking of love in the time of Coronavirus. 1,000,000 dead and Donald Trump was still president. This was before the insurrection at the nation’s capital and Moscow had yet to declare war on Ukraine. The best was yet to come.

We packed and loaded the car. We had to make a pit stop in Evansville so Buddha could see his psychiatrist and check up on his meds. Apparently, I am traveling with a madman. That’s OK. We’re all as mad as hatters here. All the best people are.

We finally got on the road and headed west. I figured to push as far into Arkansas as I possibly could before stopping for the night. We made it to Hope, which was in the first ring of hell. It wasn’t quite dark yet, but it was getting there. We crossed the river Acheron into the abyss. The dreams weren’t broken down there, but they were definitely walking with a limp.

We checked into the Best Western Motel. The maskless clerk behind the desk kept asking us if we wanted one bed or two.

“Yeah, I’ll give you a discount alright,” the clerk snapped.

“Any restaurants in the area?”

“You can Google them and they will deliver.”

Buddha was already heading out the door on his way to the room on foot. I drove around. We unlocked the door and unloaded the car, then took a moment to get settled. Buddha went to get ice.

I Googled the restaurants in the area and found a Pizza Hut and a Dominos. I called both but got put on hold at both places. Well, what could you expect in a little town called Hope, deep in the Arkansas interior? Bill Clinton territory as it were. The town sucked just like Monica Lewinski. Finally, Dominos answered.

“I’ll have a medium Supreme delivered to room 105 at the Best Western Motel, please. When will you deliver it? One hour? Wow! Well, go ahead. We will just have to wait.”

While waiting for the pizza to arrive we made the drinks.

We had picked up some liquor a few exits back. We got separate liquors because Buddha always buys cheap booze and I can’t stand the whiskey he usually gets, so I get something a little better. Turns out he got Ezra Brooks and I got Jack Daniels.

“Well, hell, if I’d a known you were getting Ezra Brooks, I would have drunk your booze. Ezra Brooks ain’t bad!”

“No, you wouldn’t! You’re not drinking my booze! You just drink your Jack Daniels!”

“What the hell Buddha? You don’t think I would have replaced your whiskey? You mean to tell me you wouldn’t have shared?”

“I don’t want to have this conversation right now!”

We drove the rest of the way in silence.

Meanwhile, back in the motel room, we decided to watch a little TV while waiting for the pizza. It was 9 pm EST and 8 pm Central. Buddha grabbed the remote and engaged the “on” button. TV said, “No Signal.”

“Call the front desk and tell them the TV doesn’t work,” I said.

“Call him on your cell phone.”

Buddha stared at the black desk set and started stabbing the numbers into his cell phone.
“Hello? Yeah, this is Buddha in room 105. The phone don’t work…. I’m calling you on my cell phone…. OK…OK…Ok. That’s not why I’m calling you. The TV don’t work either…OK…. OK…Ok.”

“He said he would come down and try to reboot it himself.”

So, we waited a few minutes, freshened our drinks, and munched on some smoked almonds. Pretty soon there was a knock at the front door.

Buddha let in the night clerk who again was maskless, but he was at least pretty friendly. He took the remote and began trying to reboot the TV.

About that time, we got another knock at the door. It was Dominos. Buddha answered the door. He paid for the pizza, $20.00 including tip.

The smell of the pizza filled the room.

“Wow, if you are getting pizza, I’m getting hungry.” This from the maskless night clerk.

The clerk didn’t have any luck getting the TV to work either.

“Let’s see, the TV don’t work, and the phone don’t work. Don’t you think we should get another discount?” I asked.

“Yeah, I’ll give you another discount. I’ll give it to you right now.”

And with that, he left.

Buddha and I just looked at each other and shrugged. Then we devoured the pizza.

A little later on that night, the night clerk showed up with our receipt which included our discounts. All in all, an $85.00 room ended up costing us $65.00. Not bad.

We got up early the next morning and hit the road again right after breakfast. It was around Texarkana when the drugs started kicking in. It was only a matter of time before we would see the bats.

As soon as we crossed the Texas state line the environment seemed to change. The horizon stretched out further, the roads became wider, and the countryside a lot brighter. You could see further in all directions. There were also a lot of Trump signs. We were definitely in Trump country. If there ever was time to be traveling armed, this was it.

Donald Trump. The 45th president of the United States of America was nothing more than a screaming hyena, a barking dog, a snake oil salesman, and a carnival barker. But he held a death grip on American politics for four years, and even though he was impeached twice and lost a fair and free election he still has a death grip on the GOP and a large number of the electorate. One-third of the country thinks the election was stolen and that Joe Biden is not the legitimate president. What a mess! But I digress.

There we were, driving along US Highway 59 with an open road in front of us and Ruby and the Romantics blaring on the radio and I couldn’t help but think that here we are, 20 years into the next century. I remember the 60s as being a beacon of hope when the culture hit a high watermark. If you look back and squint your eyes just right, you can almost see where the crest of the wave finally broke and rolled back. It’s been downhill pretty much ever since.

In 2012 I returned to my roots after 30 years of being away. I left Louisville, Kentucky in 1982 and headed out for the wide-open spaces of Texas and Oklahoma. Next, I traveled to Philadelphia, the cradle of democracy, the City of Brotherly Love and the town that loves you back. I also lived in various small towns in New Jersey including the state capitol of Trenton. During this time, I worked manufacturing in the field of industrial safety and later in human resources. I spent a couple of years developing a mediation practice and mediated cases in the New Jersey Court System. When I moved back to Kentucky, I sold cars for a couple of years and I was a substitute teacher in the Jefferson County Public School System. Then I retired. I have always had an interest in photography and have taken pictures all my life. I have always been an avid reader and I like to write. I write about film, books, business topics, current events, and traveling. I also write fiction and poetry. I have a blog on WordPress called Ghost Dog.