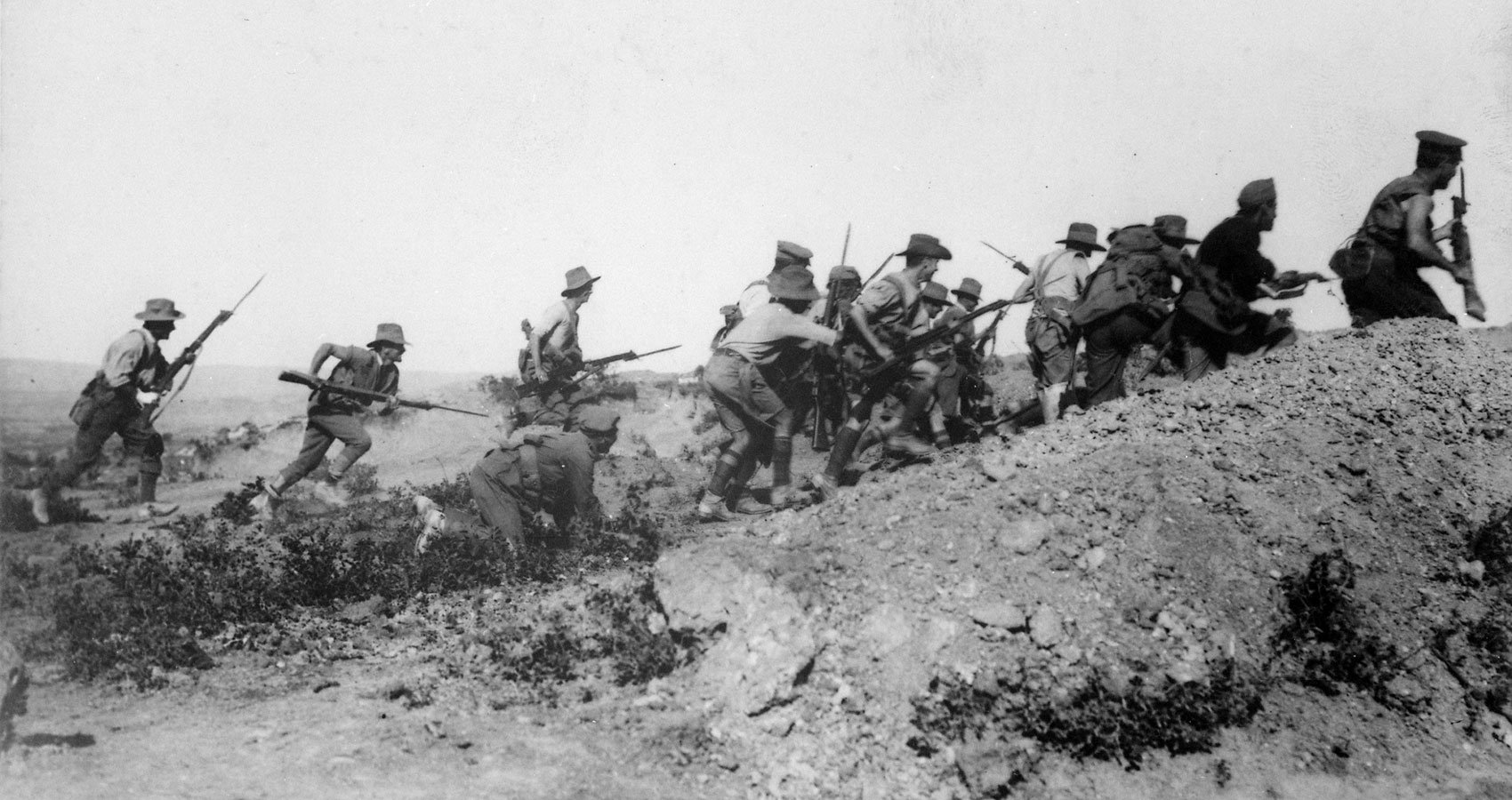 Private Alexander saw movement to the observation post’s front.
“Corporal, look over by the cemetery.”
Corporal Garrick focused his binoculars. “What the …? Go get the officer.”
Alexander came back with their lieutenant. “Over there, sir.”
Lieutenant Baynes looked where directed. “It can’t be.”
“What, sir?” Garrick asked.
“Ghoulies, flesh-eaters.”

During interrogation, a Turkish prisoner talked about being attacked by demons.
“How do you kill them?” Baynes asked.
“You don’t. Saw soldier shoot demon point-blank. Demon rip soldier’s head off and eat it.”
Lieutenant Baynes called his battalion headquarters. “We have intel that we are going to receive a significant attack tonight. Request permission to withdraw under fire.”
“Not possible. Artillery dedicated to a breakout elsewhere. Hold your position.”
The platoon formed up that night along the trench. “Men. Tonight, we will be attacked by an enemy as we have never seen. It is my honor that you will meet the challenge with me.”
It was not long before a soldier called out. “Something coming.”
“Shoot it!” Baynes commanded. “RANKS! VOLLEY FIRE!” Opening fire, the platoon aimed when they could, but often just fired in the hopes of hitting something.
The advancing mass of ghouls ignored the rifle fire, stopping only to feed. Some of the men in No Man’s Land weren’t quite dead. You could hear their screams as they became the demons’ meal.
A voice called out, “They’re in the trench!”
Baynes ordered. “FLANK SQUADS! FIX BAYONETS! ADVANCE! SECOND AND THIRD SQUADS CONTINUE FIRING.”
Gradually the sound of firing and men screaming stopped. All you could hear was teeth tearing flesh and bones cracking. Eventually, it also ended.

Over half a million men died at Gallipoli. Many of the bodies were never recovered.

Gallipoli was one of the bloodiest battles in World War 1. It was worse for a platoon of ANZACs that had to defend against a band of ghouls as well.