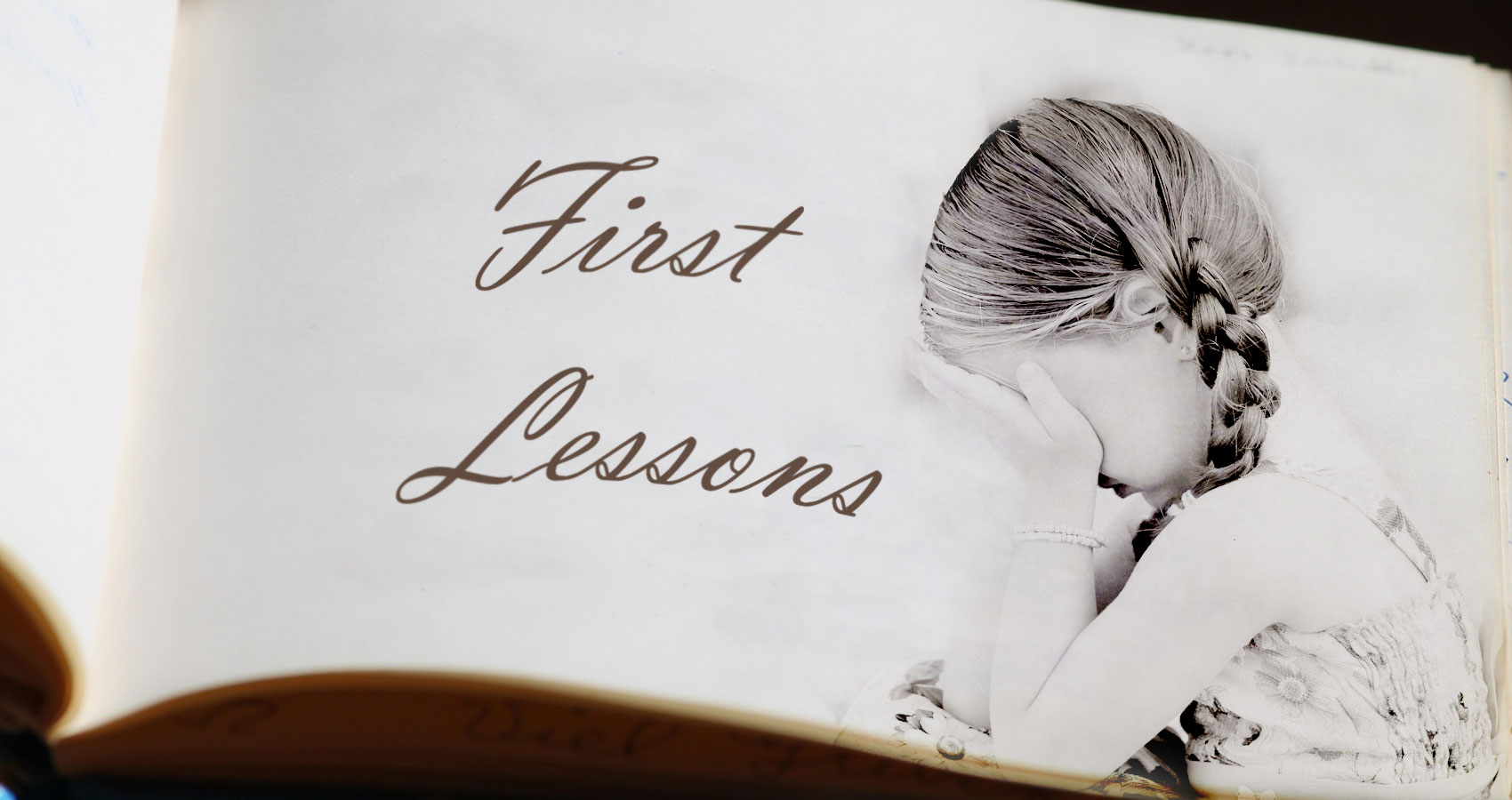 “Mama, why have they not come home yet?” asked my little daughter Anu.

“I checked with the station honey, the train is running a bit late, they should be home shortly,” I said reassuringly.  Anu was looking forward to meeting her cousin, whom she was going to meet for the first time.

“So good I would have Sis off my back for at least two days,” said my son Karan. She lunged at him and a scuffle ensued. I thought it wise to leave them alone.

I picked up a magazine and sat down to read. I was a little apprehensive of this visit by Satish, a distant relative of my husband Kunal. He was coming for a two day visit with his wife Prema and daughter Saritha; they were on their way to a pilgrimage. Kunal and Satish did not have a very comfortable relationship, and I was told that their somewhat indifferent relationship preceded their parents’ times. I hoped that the visit would go off without any untoward incident, and my kids would be spared an ugly scene. I expressed my concern to Kunal, and he replied, “Kavitha, you worry too much. Besides, the kids are quite capable of taking care of themselves. Don’t you see how they resolve issues amongst themselves?” he chuckled.  Seeing my worried face, he sat me down for a little chat.

Feeling much better after the tête-à-tête, I had my own discussion with the kids. “Mom, why are you telling me all this? I will hardly be at home during this time,” said Karan, walking away.

They arrived home three hours behind schedule. After lunch we elders sat down to talk; Anu took Saritha to her room and Karan left home to meet a friend.

I was getting food ready for dinner along with the cook when Karan appeared in the kitchen. “Mom, you must come with me immediately. Anu is sobbing in her room, she refused to say anything,” he said, panicking. I rushed up with him to see what the matter was. She had a huge gash on her hand; so I attended to it first. “What is the matter, dear?” I asked concerned. She stared blankly in the front without saying a word. After much cajoling I got her to talk, and she recounted the events that took place between her and Saritha.

Initially, everything was going normally. Anu was sharing her books, music, games and paintings with her cousin. The trouble started when Saritha found out that Anu had won some of them as prizes and gifts from her family and friends. She got very angry and started to abuse her. Suddenly Saritha grabbed all the stuff and ran away from the room. Anu had protested to say that it belonged to her and she wanted them back. Saritha haughtily refused and a fight started between them. Saritha struck Anu on the head with a book, kicked her several times and left the room. Anu must have hit something sharp because there was an open wound.

My first instinct was to take this matter up with Saritha’s parents, but I remembered Kunal’s counsel. I knew that I should not interfere at this stage so I did the next best thing. I turned to Anu with a heavy heart and said “Honey, this is a tussle between you and Saritha and you two would have to sort it out.”

Karan intervened, “But Mom, Anu is just a kid and Saritha is at least three years older to her; besides being a bully. Anu has never handled such a situation before.”

I stopped him with a, “Karan- there is always a first time; this might be her first lesson then.” Continuing, I said, “Anu, I know it would be easy for all concerned- if your Dad and I handled the issue, but that way you lose an opportunity to make your own decision. You will have to make choices and stand up to them from now onwards, honey. You are a very generous girl and I have seen you sharing your things with others before.”

Anu interrupted, “But Mom, they were never snatched away from me, I voluntarily shared them.”

“I know honey, but this time is different. You will have to decide what is it that you don’t mind giving Saritha and what you want back. Remember, the latter should be worth fighting for. Do what you think is right and would make you happy; you have our complete support. Do something that would make you a better person and don’t bother about teaching her a lesson.” I ended my conversation with a parting shot to Karan, “Assist your Sis by all means but let her execute it.”

“Freshen up and come down; dinner will be served in half an hour,” I said, getting up.

“Mom, can’t you send the dinner to my room please?” pleaded Anu.

“You are a brave girl honey; do you want her to think that you are frightened of her?” I asked.

Anu got the message, “Ok will see you all shortly,” she said cheerfully.

I briefed Kunal about the events. He was livid but thought that I had done the right thing by letting Anu fight her own battle. “I am sure that she will make us proud,” he said comfortingly.

We were all seated at the dining table sans Anu. Saritha said looking round the table, “Anu is not here, let me go fetch her.”

Karan said firmly, “She told us that she would be a bit late, she has some work to finish.”

Saritha pretended not to have heard him and got up, but Kunal stopped her, “She will be here shortly, sit.”

Saying, “Sorry I’m late,” Anu sat at the table and talked nonchalantly to everyone over dinner, much to Saritha’s astonishment. Kunal spent time with Anu in her room after dinner. She was her usual self when I went to bid her goodnight.

Saritha was surprised by the warm welcome she got from Anu when she went to her room the next day. Anu had a long chat with Saritha after which normalcy was restored. In fact when Karan passed the room several times he was puzzled by their behavior; they were laughing and talking like long lost friends.

Later, Anu told them what had actually transpired. Saritha had come to her room with bad intentions and to test her tenacity. But she was forced to change her ways when she confronted a much different person. Earlier on Anu had carefully worked out a strategy which she hoped would work and it did!

Saritha apologized for her bad behavior and thanked Anu for giving her another chance. She acknowledged that this was the first time that someone had been so kind and generous to her. Overcome by guilt, she returned everything that she had taken from Anu. But Anu accepted only the gifts and trophies that were given to her by family, friends, school and told Saritha to keep the rest. Saritha also told Anu that she had destroyed her birthday gown, but Anu dismissed it with a “That’s ok, I understand.” After that they enjoyed the rest of the time they spent together.

“Sis- you have made us proud. Mom, she has passed her first lesson with flying colors!” complimented Karan. Kunal and I were beaming; we too applauded her for her exemplary behavior. “You are my mentors and I have just been the daughter you wanted me to be,” Anu said happily.

She came rushing to both of us and we were only too glad to take her in a huge hug. Karan also joined the ‘family hug’. Kunal looked at me to say, ‘did I not tell you that our little girl will handle this situation well?’ I nodded my head in return. To forgive is human but what Anu did today was exceptional, I thought to myself.

Usha Sridhar is an independent researcher and resides in Bangalore. At a personal level she loves traveling, is an avid bird watcher and an amateur photographer. Usha, is passionate about poetry and short stories. She loves to observe the ebb and flow of life around and weave them into tales in verse. Her poems and short story contributions have appeared in RatemyLiterature, MuseIndia, and efiction India. Her poems have also appeared in several anthologies. Her first poetry collection called ‘Life Matters’ is being released shortly.