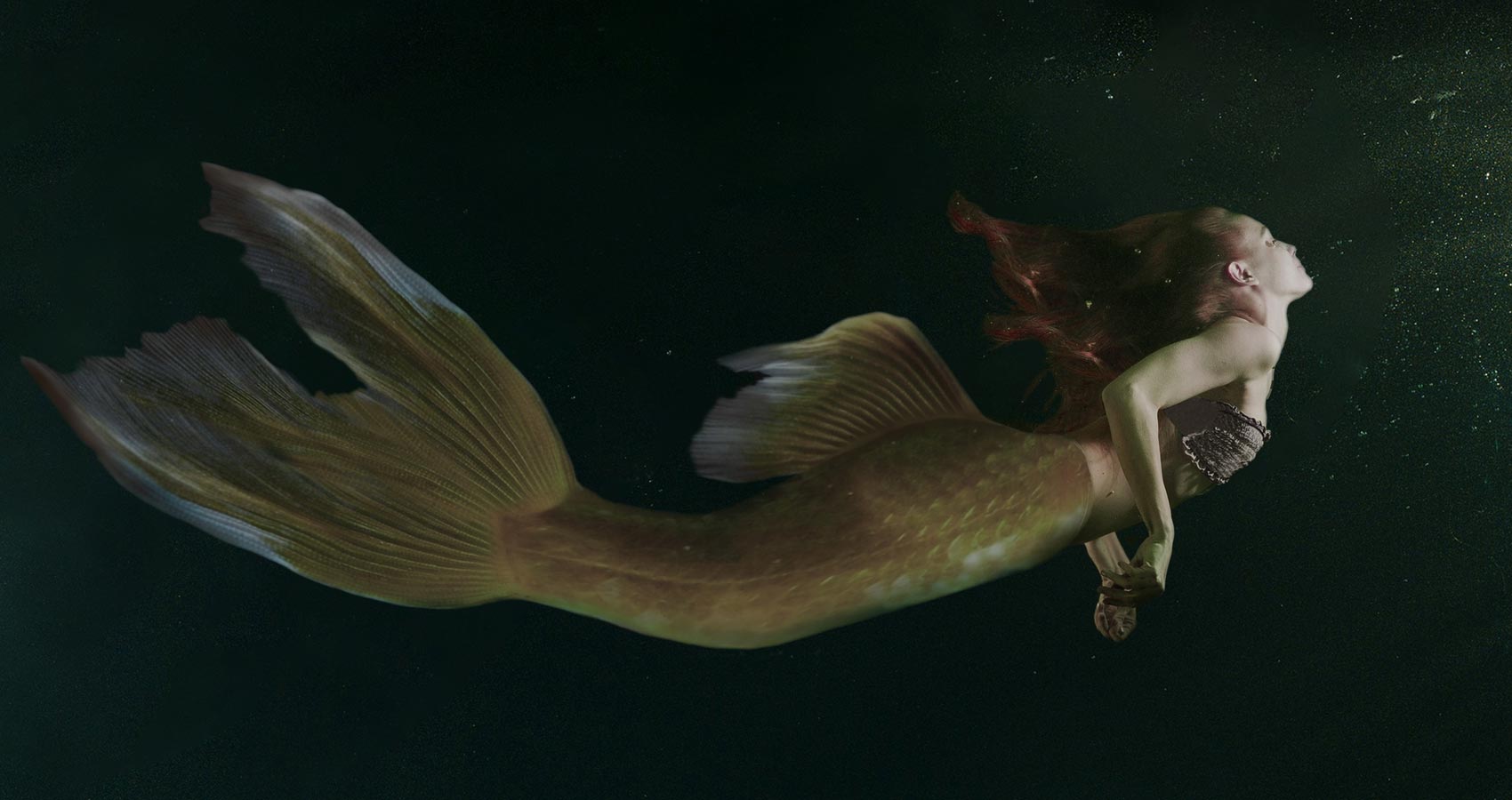 Fishing with The Moon

Fishing with The Moon

“I can see the moon,” commented Simon. “A full moon.” The moon, pale and pockmarked, was reflected on the sea’s tranquil surface.
“That’s a new moon,” corrected Vince, swigging on his beer bottle, his feet propped up on the side of the boat. “You can’t see full moons during the day.” He shut his eyes and tipped his face upwards into the brilliance of the sun.
Tim’s reel suddenly started rolling, winding out line with a rapid tickety-tickety. “I’ve got something! Something big!” he exclaimed.
“Whoo-hoo!” hooted Vince, noting the curve of Tim’s fishing rod. “Perhaps a marlin.”
“Bloody oath,” replied Tim, straining against the line. He dropped the rod to remove the tension and wound furiously on the reel, pulling back on the rod to drag the catch in.
“What’s the bet you’ve caught the bottom. Or some dead-weight object,” remarked Simon, leaning over the side to stare straight down into the obsidian depths of the water.
“Nope,” replied Tim. “This can swim.” He laughed in delight.
It was not coming easily, this catch. It fought hard while Tim fought harder, the sweat dripping from his face and down his back in the midday heat as he played his prey. This was going to make a damn good fishing story when it was all over, he decided, his back aching and his arms sore; he wouldn’t need to elaborate on this tale for the boys.
“Here it comes,” called Vince, hanging over the edge with the net. “You’ve hooked its tail. I don’t think that counts as a catch, does it?” he said, grinning.
“Naff off,” replied Tim through gritted teeth. “That’s a catch.”
“What the eff is it?” commented Simon, quietly.
Vince didn’t answer.
“What have I got?” asked Tim, still leaning back on the rod.
Simon swore, horrified.
“What is it?” asked Tim again, slightly alarmed at his friends’ response.
“How the hell do I know?” said Vince, dropping the net. “Stop pulling.”
Tim held firm for a moment, then relaxed. The line went slack. He stepped forward to look down into the water at his prize and was startled when a face peered back up at him; a small, white face floating in a swirl of green hair. It was feminine, disturbingly beautiful, and distressed.
“Give me a knife,” ordered Vince, waving one hand at them. With the other he held the creature’s tail where the fishing line had tangled in a tight band just in front of the caudal fin. The woman … the fish … floated just below the surface, the light trickling patterns over its skin as it placidly waited for Vince to saw through the line.
“There,” he said, cutting it free. The tail slipped from his grasp with a plop. For a second, a tiny hand rested on Vince’s; then the deep took it.
“What was that?” whispered Tim, looking into nothingness.
The water wobbled quietly, reflecting the limitless blue sky. Simon touched its surface. “I can see the moon.”

Sometimes a love of writing has to wait its turn. I work as a Council planner where I spend my days writing about subdivisions and garages, and in my evenings, I compose stories. My husband and I live on a rural lifestyle block, time rich now that the offspring have departed to make their way in the world. While I miss them, their absence has allowed me to recreate myself. Perhaps, after many years of parenting and a series of careers in surveying, dairying and planning, I might yet become that most elusive of characters, a real writer.