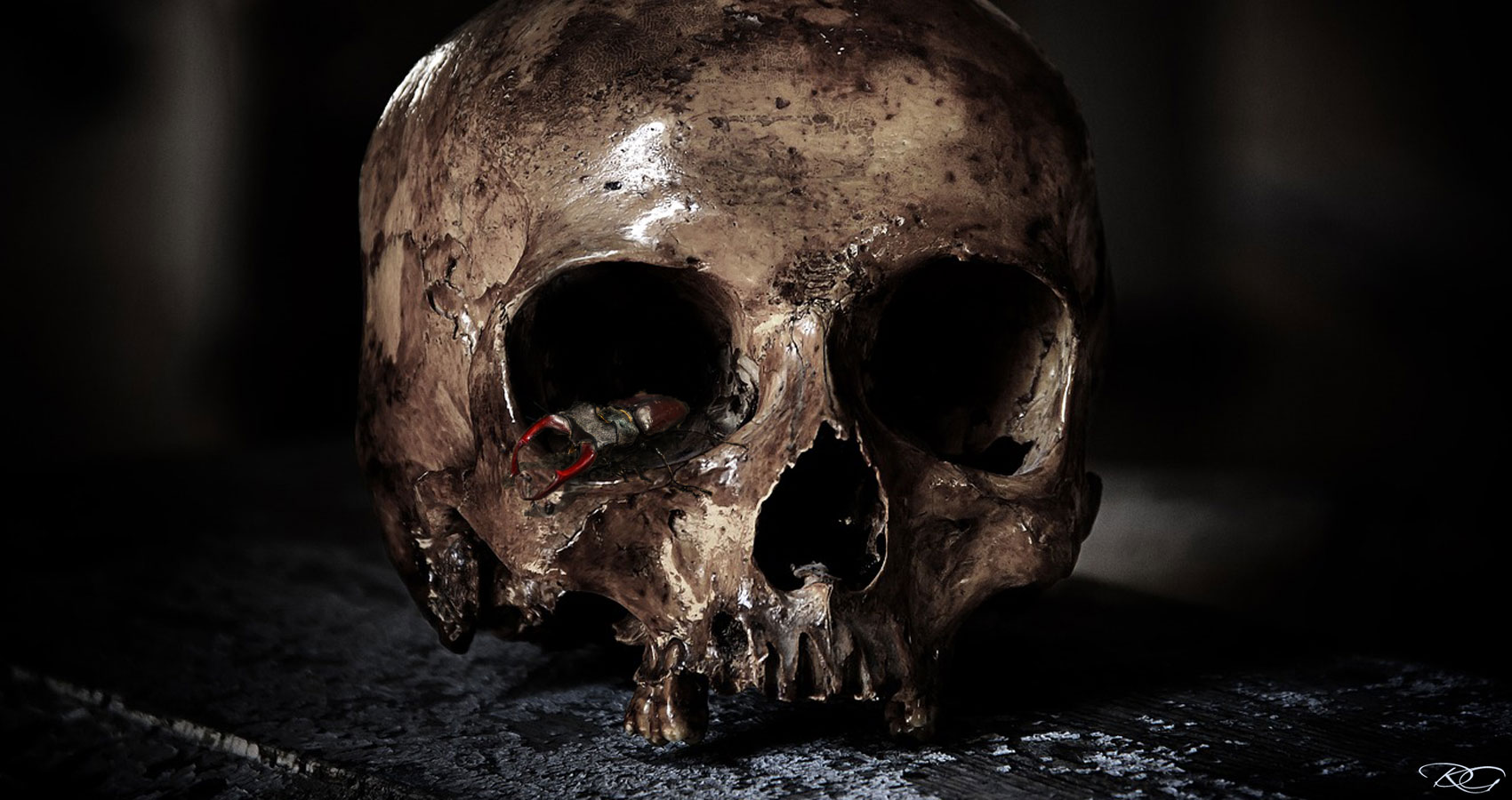 Flesh Of My Flesh

Flesh Of My Flesh

Francine held the razor blade between two fingers. Her hands shaking in anticipation. By drawing blood, the flesh-eating bugs would appear quickly. She needed to get her sister out of this apartment, alive. By sacrificing herself, Sadie would be free to leave while the bugs were occupied with her.

Just a cut, a small cut would send out an alarm through the smell of blood, to the beetles. They would come out of the woodwork by the tens of thousands. Damn Monsanto! These beetles were super beetles. Nothing stopped them anymore, having overcome chemical compounds used to try and destroy them. The chemicals had only morphed them into something stronger. Now they had the upper hand!
Sadie called out from the other side of the room. “Don’t do it! Please, Francine! Someone could still come.”

Francine paused a bit. “I have to do it while you still have the strength to run, Sadie.” She looked into her sister’s eyes. They both knew this had to happen. They’d eaten everything they had in the room and the water was running low. With electricity down for weeks now there was no way to pump water into the apartment. The beetles were eating their way up the building, floor by floor. The apartment was on the 9th floor, top of the building. Too far to jump, unless they wanted to come to their end that way instead of being eaten alive.

“We can go together, get as far away from this building as we can, and then you can do it. Give yourself a running chance! Maybe we’ll find a car out there or something. Please, Frannie, give it a little more time.” Francine took out the handkerchief and put the razor blade back into the cardboard sleeve and wrapped it up.
“Ok, let’s get as far away as we can and then I’ll do it.” She agreed, resigned to her sacrifice.

Opening the apartment door, they headed for the stairwell. Stopping to listen, there was total silence. Footsteps echoed quietly as they circled around and down, floor by floor. There was no telling where the beetles were now. It had been several days since Francine checked. As they got lower, the smell in the building was overwhelming. Francine and Sadie could hear the scuttle beyond the fire doors. Francine put her index finger to her lips warning her sister to be quiet. Sadie nodded. They were escaping from the one place they knew to be safe, for the risk of the unknown. They reached ground level.

Francine pushed at the door. Slowly it opened scraping the bones of the cleanly picked corpses across the sidewalk as it opened. Francine held her breath as she carefully closed the door and quietly tip-toed away from the building holding Sadie’s hand. Where would they go? What would they eat? She didn’t know. Scanning for a safer place to hide, Francine started to second guess her decision to leave but felt reassured when she reached into her pocket and touched the razor blade wrapped in the handkerchief. She would save her sister no matter what it took.