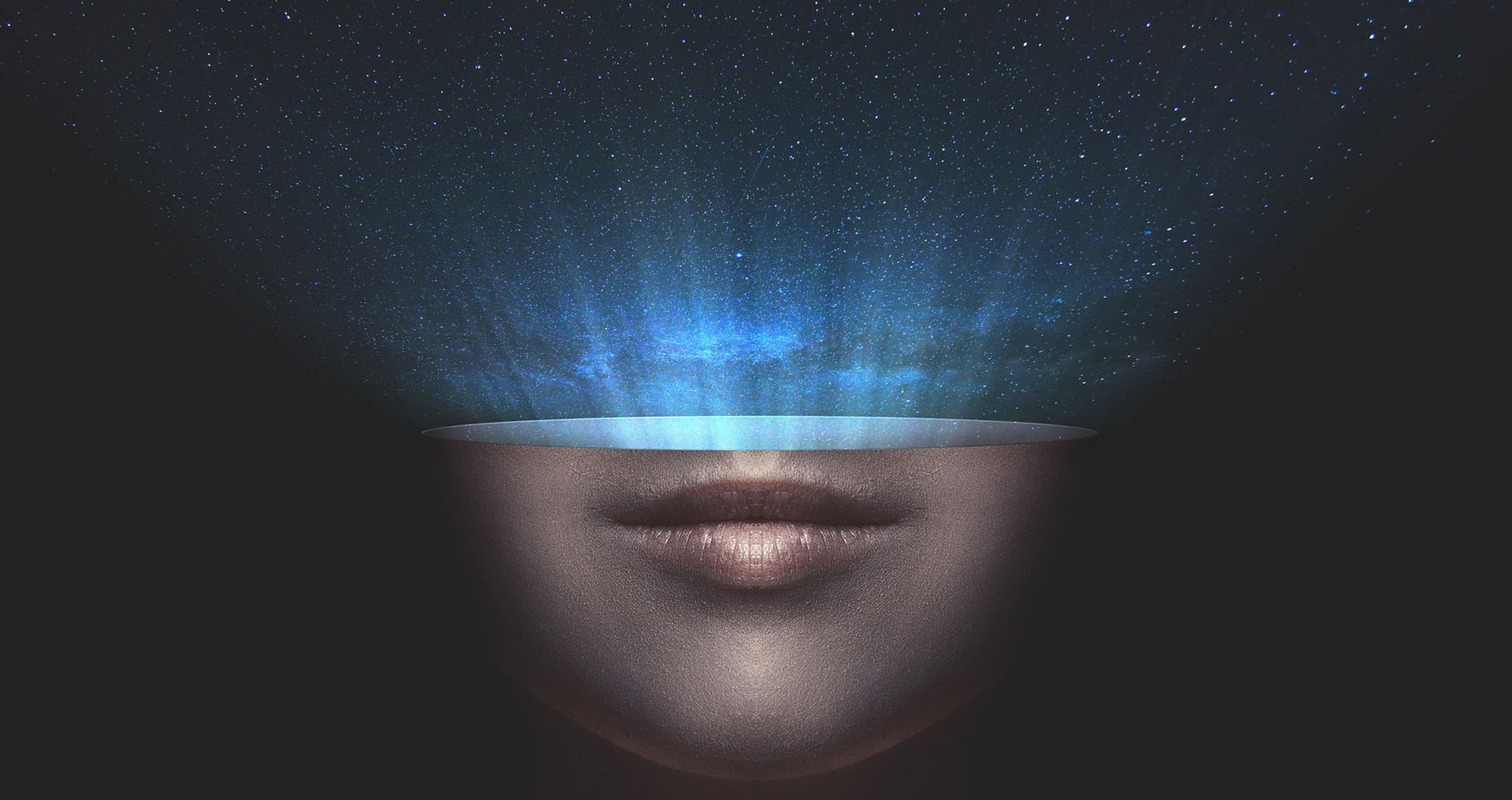 The artificial light has faded from
The cardboard skyline. Now pale points of light
Are dimpling the dark-domed planetarium.
We sit within a semblance of the night.
Our stellar host elucidates and wields
A cosmic arrow on the turning sky
And shows the hazy band that spans star fields.
Quite casually the numbers pass us by:
Three hundred thousand million stars. And each
A sun. Is this beyond all feeling’s reach?

And I remember frost-clear nights when darkness
Was palpable upon wide upper spaces.
And there, upon the real, star-dotted vastness,
I saw the galaxy’s white, milky traces
Arched overhead from earth rim to earth rim.
And gazing upwards in receptive quiet,
It seemed quite possible to gain a dim,
Grand apprehension of the depth of night.
But some perception of this arcane glory
Depends, perhaps, on how you spin the story.

For it’s not hard to find a facile phrase
On “distances beyond imagination”.
And it’s not hard to talk in expert ways
Of light-years and of galaxies’ creation.
Soon clichés drown a living comprehension
And dull immediate, informing sight;
Until you steer a telescope’s attention
Upon the milky way’s sky-spanning light;
Resolving it to far suns, each a spark,
Like gleaming sand grains, scattered on the dark,

And see the vast and glowing clouds of gas
And clusters with such myriad of stars
Each centre merges to a misty mass;
And know these things are not just some ideas
But of our cosmos, real as all on earth,
As real as stones and trees, as clouds and flowers…
More real by far than fame and honour’s worth,
And schemings of the wrongly-named “World Powers”.
What power is power compared to all of these
Worlds without end on space-time’s chartless seas?

Worlds without end: how shall we feel this speaking?
We dwarfs who measure time by hours and days?
How can we sense our sun’s great helix sweeping
On through those time-deep, wonder-filled star ways?
How at five hundred thousand miles an hour
To circle this, our single galaxy,
Will take two hundred million years. O how
Shall we touch truth of such immensity?
Great empires are but some minutes here,
Within the passing of this cosmic year.

Men dream mad dreams of power, war and kill
For rule so brief on one small globe, believing
That this imparts some majesty to will,
When all that’s ever left is waste and grieving.
And even murder for some mere conception,
When it is manifest in all the height
That there is much beyond earth-small perception,
The limits of our Lilliputian sight.
Beyond earth’s edge goes the world far beyond the far;
No human craft can touch a single star.
And so, when daylight’s done and there outside
The night releases vision of the vastness,
And shows the pale a stellar stream stretched wide,
The pathway of the worlds across the darkness-
Then called to heart is sure belief that being
Has depths beyond our deepest, searching thought,
Has heights beyond our farthest, sharpest seeing,
And this, at least, is heart truth of one sort.
Three hundred thousand million stars; and each
A sun- it’s not beyond all feeling’s reach.