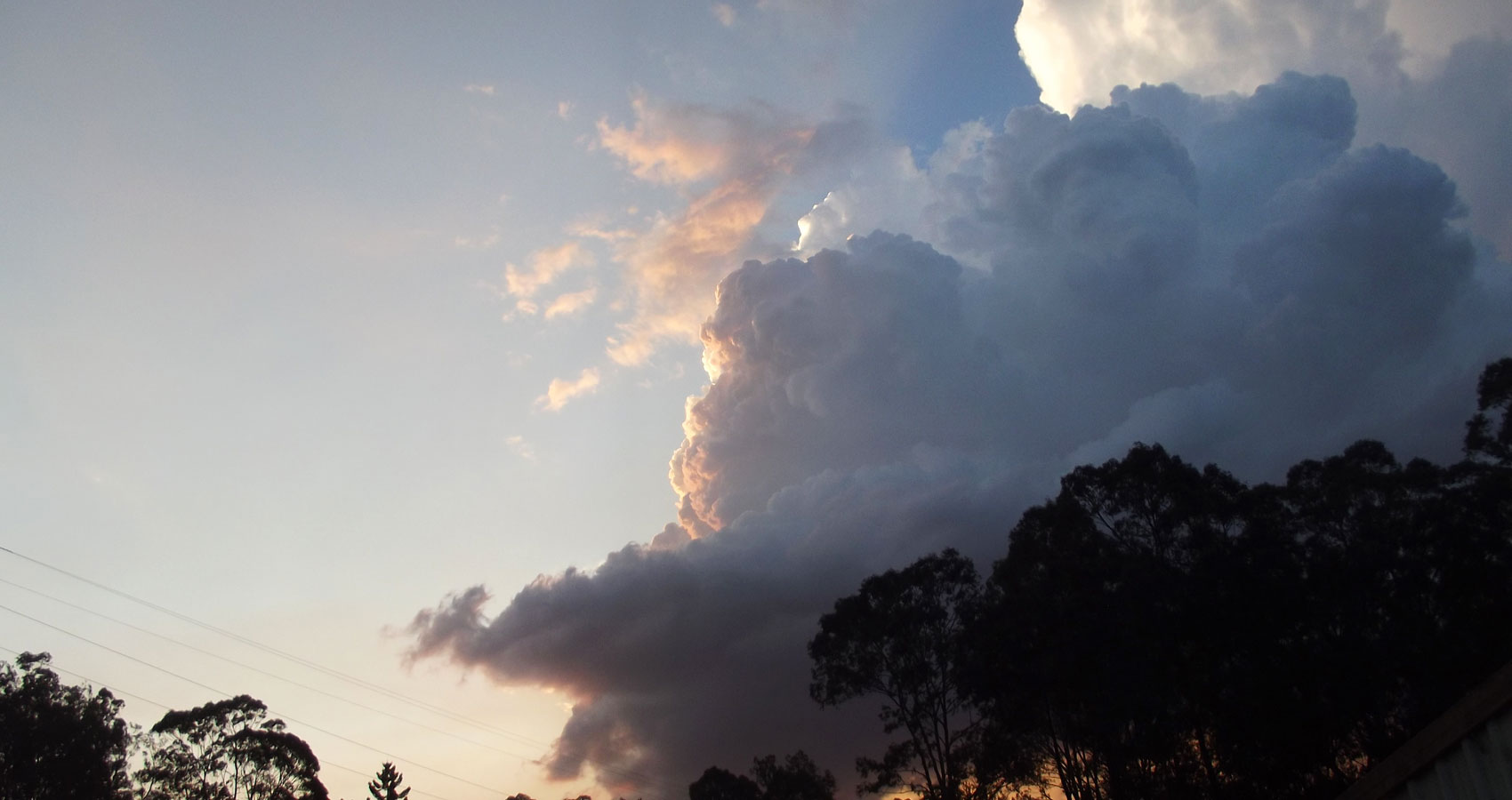 I am a cloud and I fly on far sky,

White in the light of the sun’s blazing eye.

Freely I float on the ocean of air,

There the great eagles can spread out their wings,

Scanning the landscape and all lower things.

There the high swifts can circle and soar,

On rising, warm winds by my wide, ghostly shore.

There I can drift on air currents that roam

Through the vast blue of my light-filled sky-home.

Over the mountains and valleys I flow,

Casting my shadow on far earth below.

I am a cloud and I sail by on high,

Blown by wild breezes that rush through the sky.

Whirling, I swirl on, with mountains of mist,

Covering earth when the hot sun has kissed

Grasses and flowers till all they desire

Is my cool shade to lessen its fire.

Then, when the shimmering day’s shine is done,

And sinking away is the gold glow of sun,

I catch final fire and flame with its light,

Then, when the dawn first awakes from night’s dreams,

I herald the sunrise with rosy-pink gleams.

I am a cloud; I am born from the sky,

On wings of warm currents that rise to cold heights

To mass as the misty, free forms of my flights.

Drawn from the lakes and the leaves on the trees,

This is my substance, earth’s moisture made pure,

Saved from beneath so that life may endure-

So that my showers can water bright flowers,

So that the rivers are fed by my powers,

So that the forests on mountain and plain

And all that is living are nourished by rain.

I am a cloud and I live in the sky,

Even when dark night is ruling on high.

Like a ghost I go riding through moonless sky-heights-

A passing of darkness that blacks out star lights.

Then, when the white moon is shining through night,

I glide by so brightly in fine, silver light.

Rise up or sink with the winds that are whirling

Through the far spaces to build up my towers,

My spirals and mountains, my high misty powers,

My columns on columns that spin my wild forms,

Until I release my furious storms.

Lifted by currents and fed by warm winds

I rise and I rise till the air itself thins;

Greater and greyer I grow all the time,

But flattened on top by the end of my climb.

For I am the bearer of lightning and thunder,

Developing charge as I rise from down under,

Till power bursts forth in my flash of white light,

Electric-fierce lightning that dazzles the sight,

Expanding the air with deep-thundering sound,

While rain heavy-pelts down so hard on the ground.

Then, when the fury of storm has swept by,

I am a child of the sky and the sun,

Winds and earth’s waters which I weave as one-

I rise and I vanish, but I never die.

Though it may seem that the blue, wind-swept sky

Hides not a drop, not a wisp of far whiteness,

Still I am building, unseen in the brightness,

Gathering forces, about to be born,

As surely as dark night is followed by dawn,

Turning in time to returning to life,

Bringing again my blessing and strife,

Riding the winds over mountain and plain,

I have always admired and even, once or twice, performed Shelley’s poem The Cloud. So I tried (modest as I am (: ) to write a version of the idea myself with my own words and images.