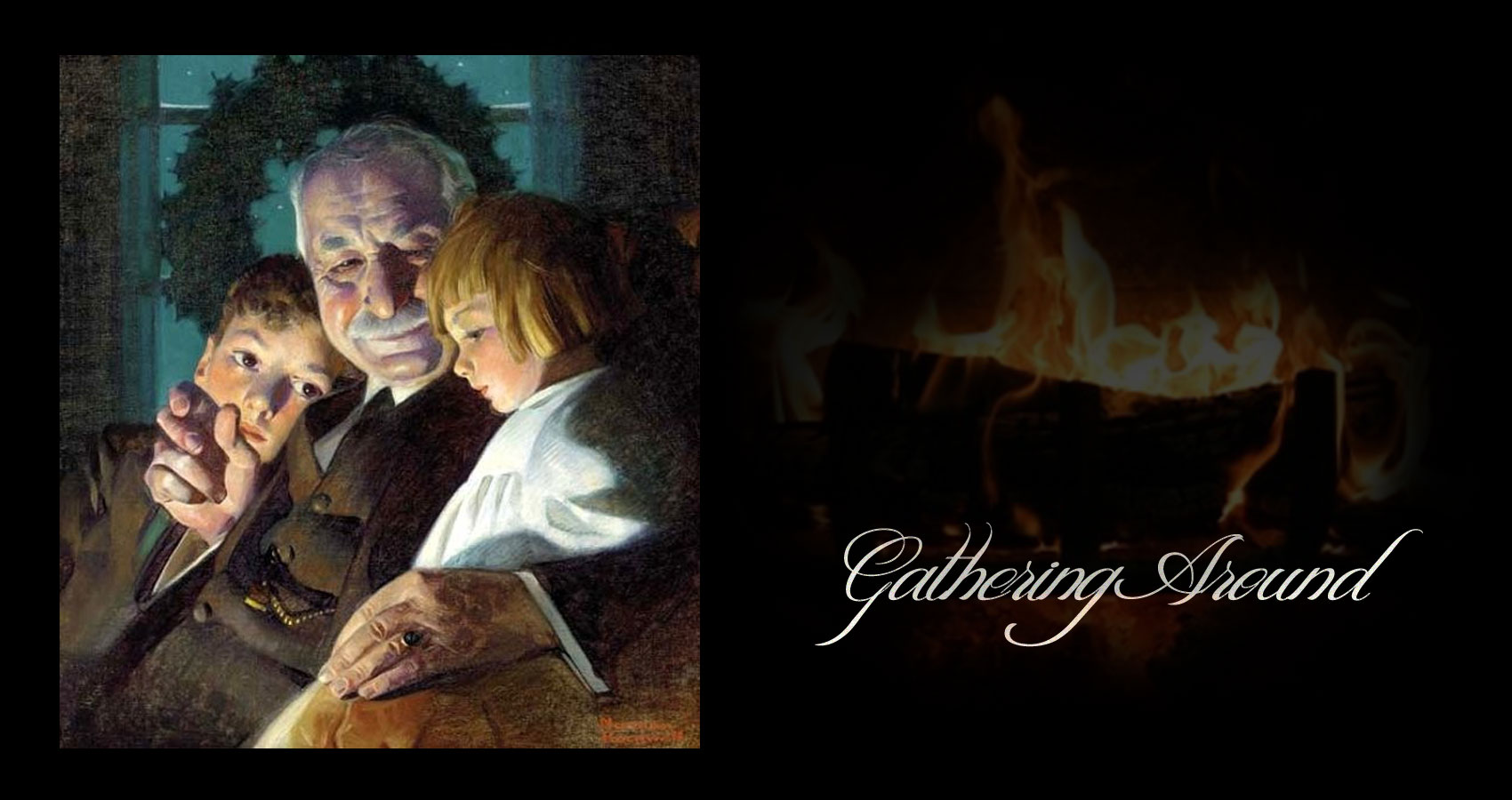 “Have I ever told you about how I saved your grandmother?”
We sit near the sparkly tree. Granddad holds in his lap that old battered leather-barely-bound book. I wait eagerly for this story, this classic tale he recites every year.
“It started when I was shoveling the sidewalk,” he begins. He displays that good ol’ feeling of nostalgia I hope to experience one day.
He opens the aged book, and a familiar cracking sound escapes. Following it is the aroma of ancient leather. It emerges from the darkest corner of our attic this one time every year. He turns page after page revealing yellowed photos. My sister looks through the movie ticket stubs, receipts, and love letters. I ask, like I always do, about the deed, a house and the dried tulip that granddad has been storing over the years.
“And so, shy as I was, I approached her,” he starts laughing. “Lord, if you saw me. I wore my only suit, the dark grey one, and gave her a purple tulip,” he points at the dried flower. “Then I told her, ‘Ma’am, your beauty outmatches thousands of these flowers’.” He laughs again.
“Granddad! That’s so romantic!” My sister says, granddad winks.
“What happened then?” I ask, always hungry for more.
He continues in his slow drawl, delivering every word with gentle but firm care.
“She was flattered, of course, but there was a problem.”
“A boyfriend!” My sister can’t help herself.
“That’s right, sweetie. She had a boyfriend; a mean boyfriend. The boyfriend who did bad things. I was honor bound to help her,” he explains.
I imagine the narrative as he gives every detail. There’s the bad man, Tommy “Gun” and his crew. They meet at the skating rink every weekend. They are a fearful group with beautiful skating moves.
Granddad continues: “In those days, we fought with our dance moves. Occasionally we’d exchange fists, sure, but we fought with honor, nevertheless.”
I turn to the fireplace – as I always do – and watch the flames dance on and over the log pieces. The wood crackles sending small sparks flying around the arena before ascending the chimney. I watch the red-orange figures dance around the rink. Sometimes they’d touch each other as granddad details how he and his friends take on that mean ol’ Tommy Gun.
Granddad laughs, “If I told you once, I done told you a thousand times. Tommy’s right hand man, Tuna (not sure why the name but oh well) was the first to fall,” he laughs again.
He explains how Tuna causes a few of Tommy’s crew to fall and it’s ultimately down to just Tommy. So Granddad elects to go alone.
“This was no easy feat, Tommy was pretty much held back by his team, he had some tremendous moves, I tell you what.” He coughs a little during his laugh.
“How did you beat him?” I ask, hoping he’ll show me again.
As always, he places his book on the table and starts to dance. He reanimates the entire battle, showing us moves as old as time. He imitates the voices and the cheers from the crowd – especially grandma’s.
“Yessir, your old granddad was a town hero that day. Ran Tommy Gun right out of town, I did.” He pulls a newspaper clipping out of that sacred keeper of memories and then yawns. “Goodness, look at the time.”
“One more story, granddad!”
“Yea, c’mon granddad!” He smiles, hinting at his amusement with a twinkle in his eyes.
“Ok,” he relents and turns another page in his tome.
We sit there, eager for more as I contemplate the power behind his words. What draws us in? I watch him as he flips page-after-page, telling us this next story just like he will next year, and the year after that and maybe the year after that.