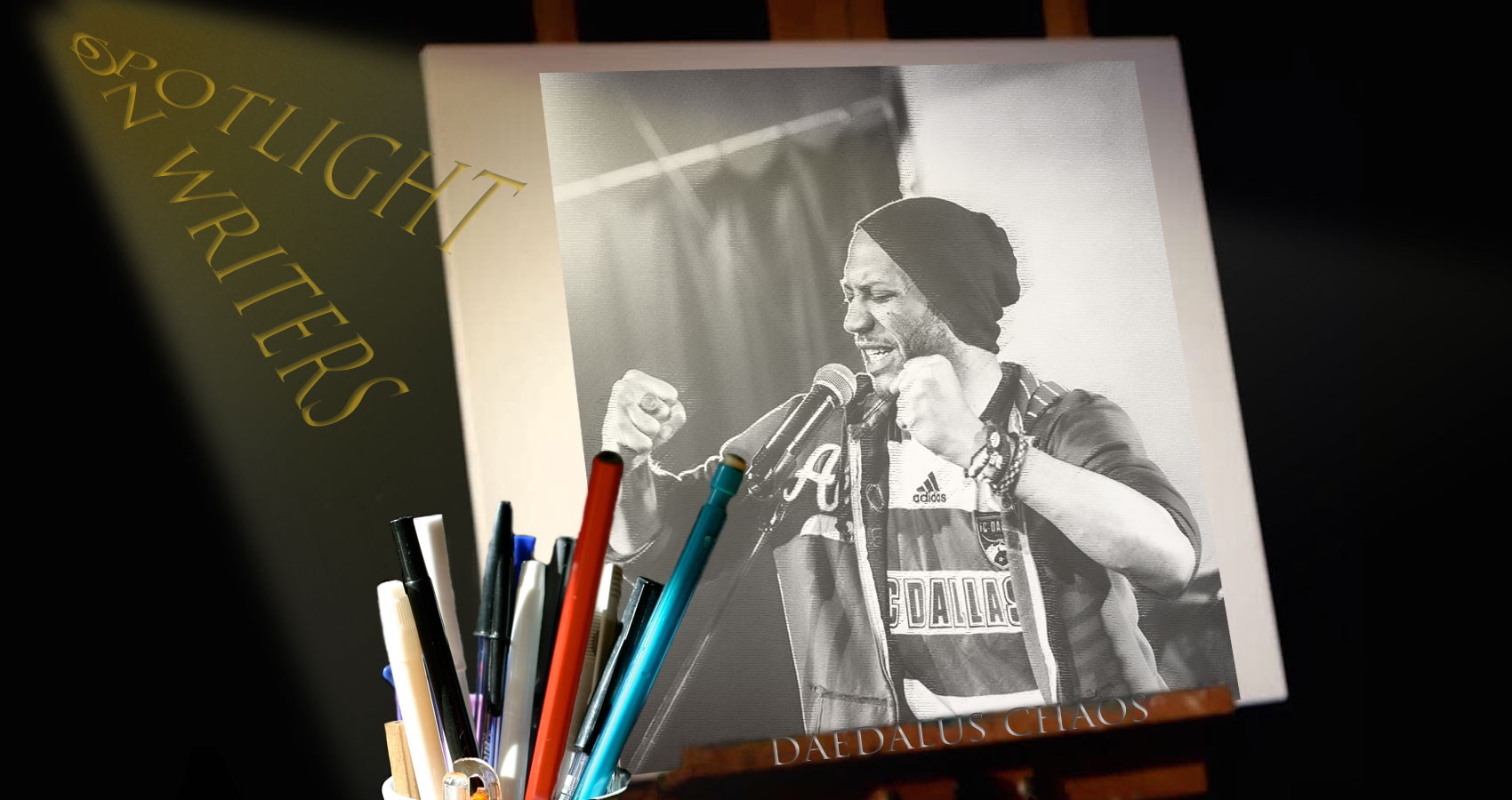 I am originally from Dallas, Texas, but had lived a few years abroad in Ukraine and Poland and I plan on moving again, not entirely sure where yet.

In regards to Warsaw, Poland, I would say it’s opportunity. I had no expectations and ended up creating a few events (open mic, poetry slam, and a performance art festival, all emphasizing multiculturalism). With that, it gave me opportunities to explore (or establish) artistic scenes in Warsaw as well as neighboring cities and countries.

That is tough to pinpoint. Sometimes, listening to a song gives me the idea to experiment with wordplay and metaphors (and the topics vary from personal to self-deprecation), sometimes watching a news anchor/journalist on YouTube inspires my political poems. Otherwise, as is tradition for poets, I’m inspired by people watching, a conversation, or visiting my favorite park in this one specific city.

I was described as “esoteric” before and even considered it as my stage name.

For one to access the ESOTERIC, an offering to The Poet is required.

People stating a million ideas but rarely follow any of them.

Daedalus Chaos (also known as Daedalus The Poet) is someone that thrives on the chaotic and tries to make sense of it, or in the least write what he witnesses for others to interpret. Regarding poetry, he touches on a variety of topics ranging from personal to political to social commentary, as well as adding hints of biting sarcasm and satire.